Knowledge that seems to have been somewhat lost to many, the popular Persona series was actually a spinoff of the Shin Megami Tensei franchise. It took the dark and dreary, demonic-rich setting and spun it on its head to produce a more uplifting and jazzy experience (at least as of late). Despite this, Shin Megami Tensei is still popular in Japan, having been running for over thirty years and selling tens of millions of copies worldwide. One of the best iterations is without doubt Shin Megami Tensei III Nocturne, which tasks players from traversing an apocalyptic world and trying to uncover what exactly had occurred. While we’re still waiting idly by for Shin Megami Tensei V, Atlus has something special for us: a remaster of the PlayStation 2 classic. With its release in almost exactly one month’s time, we got a couple of hours of hands-on time with the remaster and were left impressed with the work that has gone into it.

The story of Nocturne takes place in Tokyo, Japan where an apocalyptic event called The Conception occurs, distorting the city into a sphere, killing everyone outside of a certain location and bringing demons into the world. This is a dark and brooding story with death and destruction being the theme of the plot, but at the same time creation and rebuilding. Obviously these are things we’ll talk about in our review as we’re only allowed to talk about up to a certain point in the story, but if you’re familiar with the story of the PS2 game, nothing has changed. You’ll be going to the same locations and fighting the same bosses, with slight modifications. One of the biggest and most impressive changes to the HD remaster is that Atlus has actually gone and recorded dialogue for all the main scenario scenes. If you played the original on PlayStation 2, you’d know that this was very much a silent game, with few voices to be found. You’d have to read the text and imagine how the characters sounded in your head (just like the good ol’ days). In the remaster, there’s an incredible amount of voiced dialogue that has been put in, making the game a lot more appealing to those who have already played it. 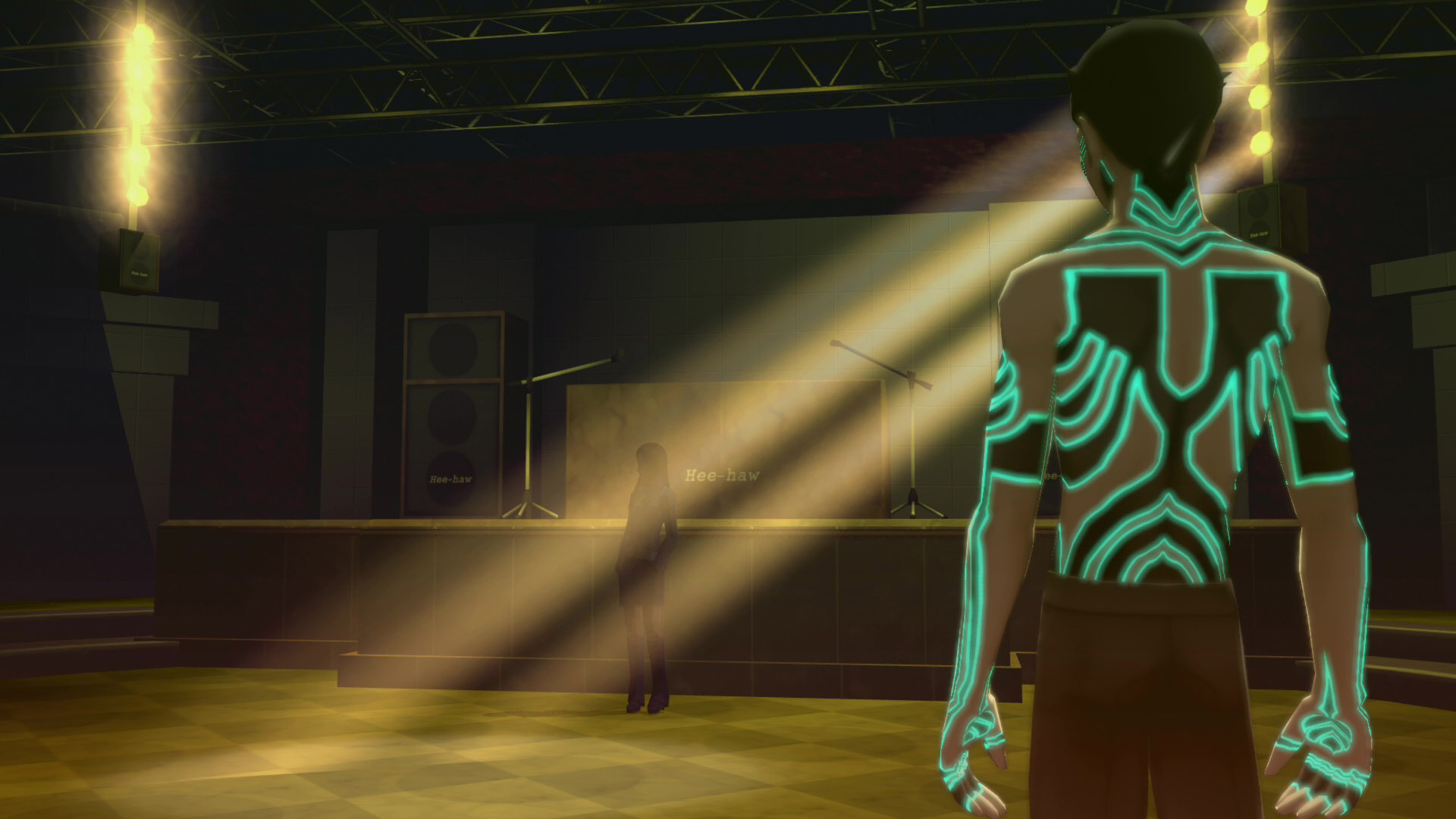 Mechanically, Shin Megami Tensei III Nocturne HD Remaster plays exactly as you may have remembered it. You take control of a character, but you’re also able to summon recruitable monsters into your party. This is done by using one of your interaction abilities in battle, be it simply talking to or seducing them — there are others such as trying to extort money or items from them as well. Similar to Persona, you’re able to combine them making strong companions, leveling them up and unlocking unique abilities that can transfer over. These demons will also interact with you as they level up, sometimes giving you items as appreciation. Combat is done through a turn-based system where you’re able to hit the enemy’s weak spot and earn an extra turn in the process. If you’re able to dodge an attack from the enemy, their side will lose a turn as well. It’s a highly-engaging and entertaining system that takes the turn-based system and makes it its own.

A new Merciful difficulty has been added to those who thought the game was too difficult. The RPG was challenging in the past, although its hard mode is where things get hectic, but it felt relatively fair. This new difficult not only makes you hit harder and take less damage (by about double based on the first couple of hours we got the experience), but the amount of experience and gold you obtain is upwards of triple and quintuple, respectively. You’ll be able to experience the story without much worry of wiping to an overly-difficult boss or ambushed in a dungeon. Additionally, a new suspend feature has been added for those who can’t make it to a save spot in time, which is always appreciated. It’s not like being able to save anywhere in the world, but it’s a good alternative. Finally, the remaster also contains the standard and Maniax modes, the first of which features Devil Summoner’s Raidou Kuzunoha, and the other Dante from Devil May Cry, both recruitable and fully-voiced characters. 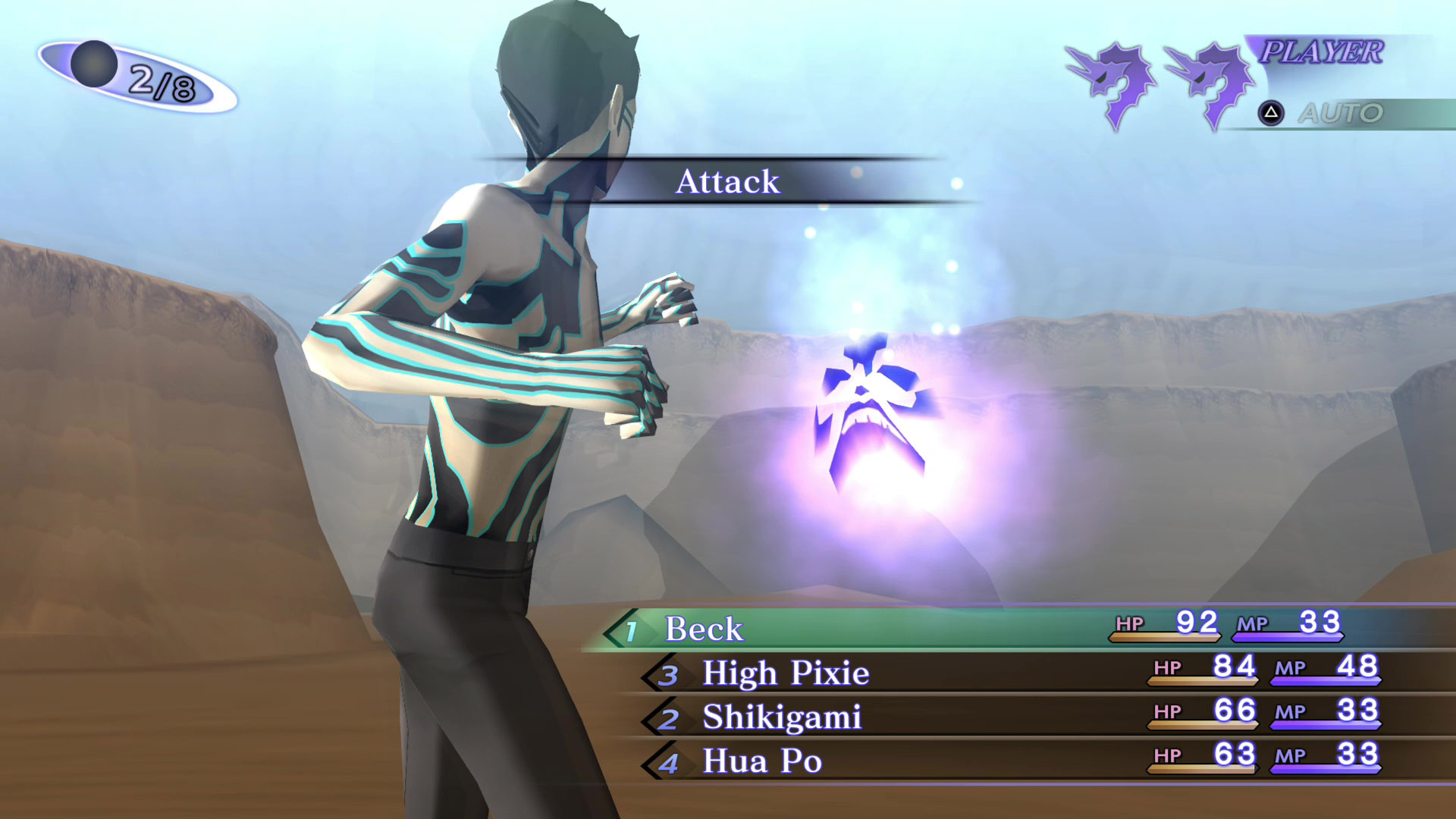 Obviously, one of the biggest factors when looking at a remaster are the visuals. This isn’t a remake where the game has been completely reworked, but it’s a sizable upgrade from its 480i counterpart from nearly twenty years ago. The best way to describe Nocturne HD Remaster is that it has been cleaned up. Running natively at a significantly higher resolution brings out details you couldn’t appreciate before in the environments and characters, but when it comes to models and textures, little, if any, has been done. Fortunately, it looks like shadows have been added/redone, making the world look a lot less flat. Outside of that, what has been completely overhauled is the text. It’s now a lot crisper, larger and bolder than it was before. The dialogue choices are also now pop ups instead of being below the conversation, which extended the dialogue bar significantly before. It’s a small, but nice quality of life modifications. Outside of that, the translation has been altered to flow better; it’s not just a few scenarios, but a vast amount of the dialogue has been changed. It still more or less gets the same point across compared to the PS2 version, but it’s now just less wordy.

This was only a couple hours with the remaster and we’re more than excited to continue our journey down into the depths of this new, old world. It’s apparent that a lot more work has been put into the remaster than you’d come to expect, from quality of life improvements to a new difficulty. Shin Megami Tensei III Nocturne HD Remaster will be available for PlayStation 4, Nintendo Switch and PC May 25. 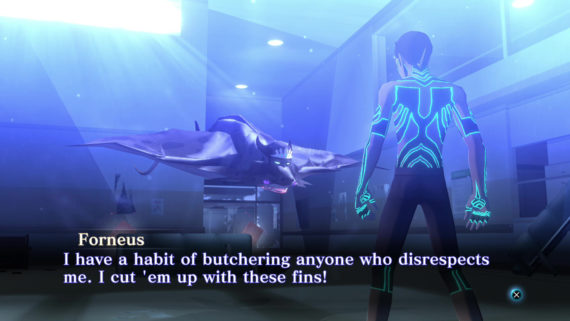 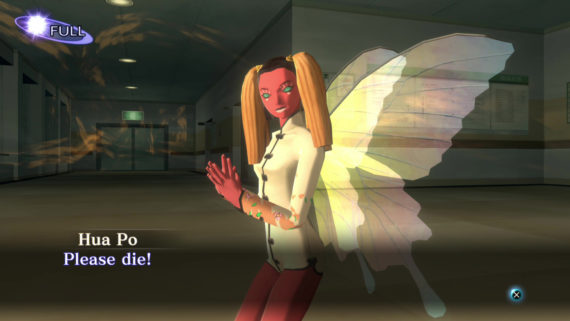