NieR Automata seemingly came out of nowhere to nearly-universal critical acclaim, countless awards and accolades with sales numbering in the millions. NieR Automata is the sequel to NieR, which was played by approximately six people prior to the release of its sequel and based on its Metacritic numbers did not receive the same reception. Going further back in, NieR is actually a spin off of another franchise Yoko Taro worked on called Drakengard. Sadly, during its PlayStation 2 release Drakengard was a game I would look at in local game stores and considered because the title reminded me of the SNES game Drakkhen, but regrettably never actually purchased it. Playing the original NieR rekindled my interest in Drakengard, so when Drakengard 3 was released in 2014, it was something that was immediately wanted.

Drakengard 3 is an action RPG and a prequel to the original Drakengard, set 100 years prior to the events of that game. In the world of Drakengard 3 peace was achieved through five Intoners, who are women that are able to use magic powers through song and defeated warlords long ago. The Intoners are named One, Two, Three, Four and Five, and their powers come from an evil magical flower. The player controls Zero, an Intoner who attempted suicide but was saved from death in order to be an instrument of mankind’s destruction. As the other five Intoners are worshiped as gods in their respective territories, Zero isn’t exactly well liked as her mission is to destroy herself, the flower and the five Intoners.

The game begins in what seems like it should be the climax. Zero and her dragon Michael have invaded Cathedral City on a mission to kill all the Intoners. Things seem to be going well as Zero successfully made it into the city by cutting down the loyal soldiers of the Intoners, but things quickly go sideways when One’s dragon Gabriel puts an end to the assassination attempts, gravely wounding both Zero and Michael. A year passes and we are back at Zero’s place with a childlike reincarnation of Michael named Mikhail. Zero still wants to rid the world of the Intoners, so she and her infantile dragon venture out into the world to do such a thing. 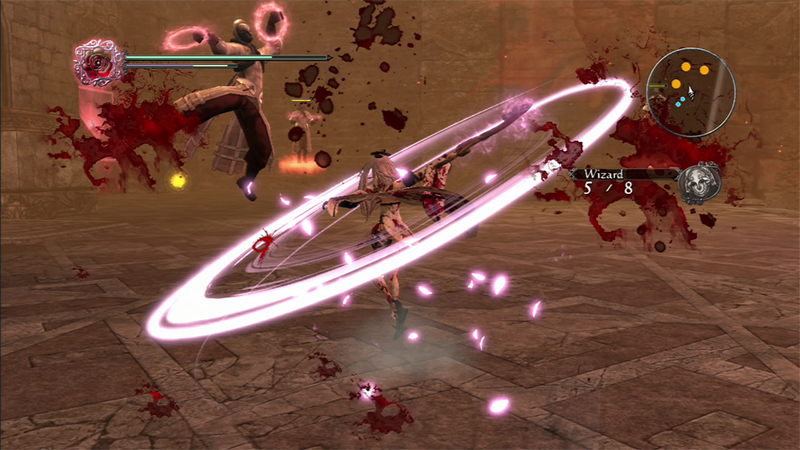 Zero and Mikhail’s quest to kill the Intoners seems to be going well, and those who haven’t played this may want to skip this paragraph if they want to avoid branch A spoilers. They two travel, killing Intoners as they encounter them and recruiting their disciples to assist in their journey while providing, um, other such services during the travels. Things are looking up for Zero, she has amassed a following of disciples, killed some Intoners and despite being constantly annoyed at Mikhail’s childlike buffoonery, it looks like the quest will succeed. They arrived at Cathedral City and things once again take a turn for the worse. Mikhail is killed by Gabriel, but Zero is able to kill One and Gabriel seeming like victory is at hand. That is until a male clone of One kills Zero and things then start to get weird. Accord, Drakengard 3’s android narrator, speaks of a series of branches for alternate timelines that were the result of some singularities caused by the meeting of everyone. There are multiple endings to achieve, but instead of simply replaying the game, the player will take Zero down branches B, C and D in order to get all the endings and complete the game. Even though column’s discussing old games are spoiler friendly zones, getting into all the different details of each path is best experienced by the player. The story does take many weird turns and gets absurd at some points, but is one of the main reasons to invest the time in this title. But there’s always something I love to complain about and that’s the ending of branch D.

The ending of branch D has a fair level of infamy among those who have played it. The climatic battle is when Zero absorbs the other Intoners and turns into a massive stone monster that could easily destroy the city. Instead of a traditional battle, it’s a rhythm game. Some praise the creature design, music and counter the argument that it goes against the main genre as there was a similar sequence at the end of the original Drakengard. There’s others like myself who want to snap the PS3 controller in half at this part. Drakengard 3 is a hack and slash action RPG and the final boss is a rhythm game. A seven and a half minute long rhythm game with zero mistakes allowed and a camera that intentionally obscures visual cues. There’s an especially cheap note that happens when the song dies down and ending text appears and if you miss that button press it has to begin again. There are YouTube video guides that work as an assistance metronome, but really this “battle” brings more headaches than it’s worth. The difficulty adds to the frustration factor but it’s more than that. Final bosses are supposed to be difficult, and difficulty typically increases throughout any game’s progression. For example, Dracula in the original Castlevania is a difficult but enjoyable fight, and more importantly he fits in with the rest of the game. Getting to the end of Dracula’s castle and then having to complete a difficult Forza racetrack would be maddening, which is kind of how this boss feels. Aside from my complaints, the song that plays during it is beautiful and fitting for the climatic battle. 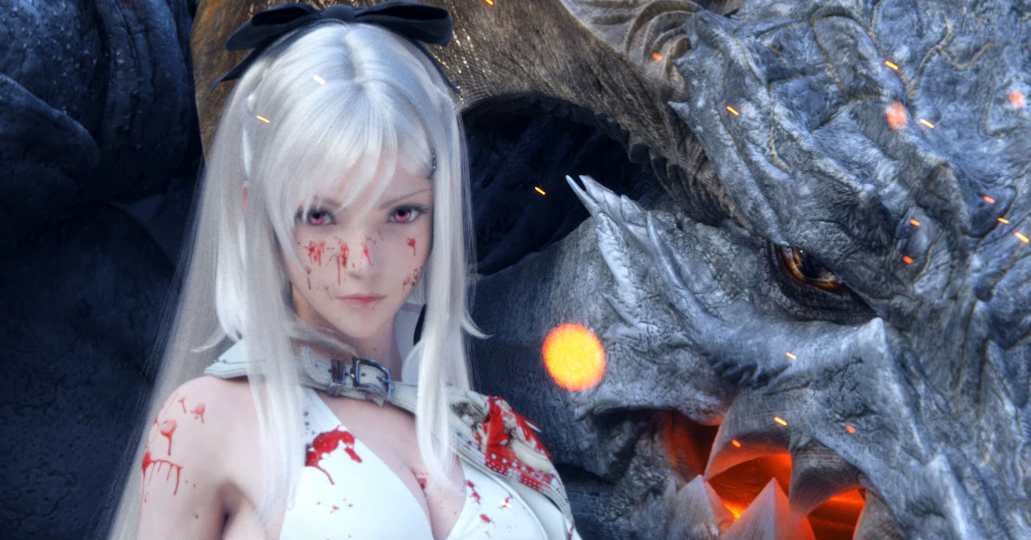 The rhythm game from hell segment aside, Drakengard 3 is an action RPG and it’s fun if you like running into a battlefield to engage in generally mindless carnage. Zero can switch between her four different weapon types on the fly: swords, spears, chakrams and combat bracers, all of which can be upgraded up to four levels. Zero is typically accompanied by a couple of AI-controlled disciples. She has a tension gauge that charges over time and she can enter Intoner Mode when it’s full, increasing her offensive powers while making her impervious to harm. Most levels and enemies feel similar, but they do add variety to not keep things too repetitive, particularly with boss fights and dealing with the dragon companions of the other Intoners. There are a few instances where there’s mounted dragon combat where Zero rides on Mikhail, who even serenades her during one of the missions.

For an action RPG, Drakengard 3 follows a rather linear story progression. Instead of a vast open world to explore, the game is broken down into levels where the story progresses. In between battles cutscenes and interactions between Zero, Mikhail and the disciples progress the story who continue bantering during the levels. The story is dark, one could even argue darker than NieR as Zero is a protagonist that makes Kainé seem warm and cuddly by comparison. The complex and twisting story remains interesting and gets more engaging deeper into the game. The dark themes are both offset and augmented by the character dialogue. A prerequisite for enjoying Drakengard 3 is being able to appreciate dark and sexual humor. The soundtrack is another highlight, composed by Keiichi Okabe, composer for the NieR games. 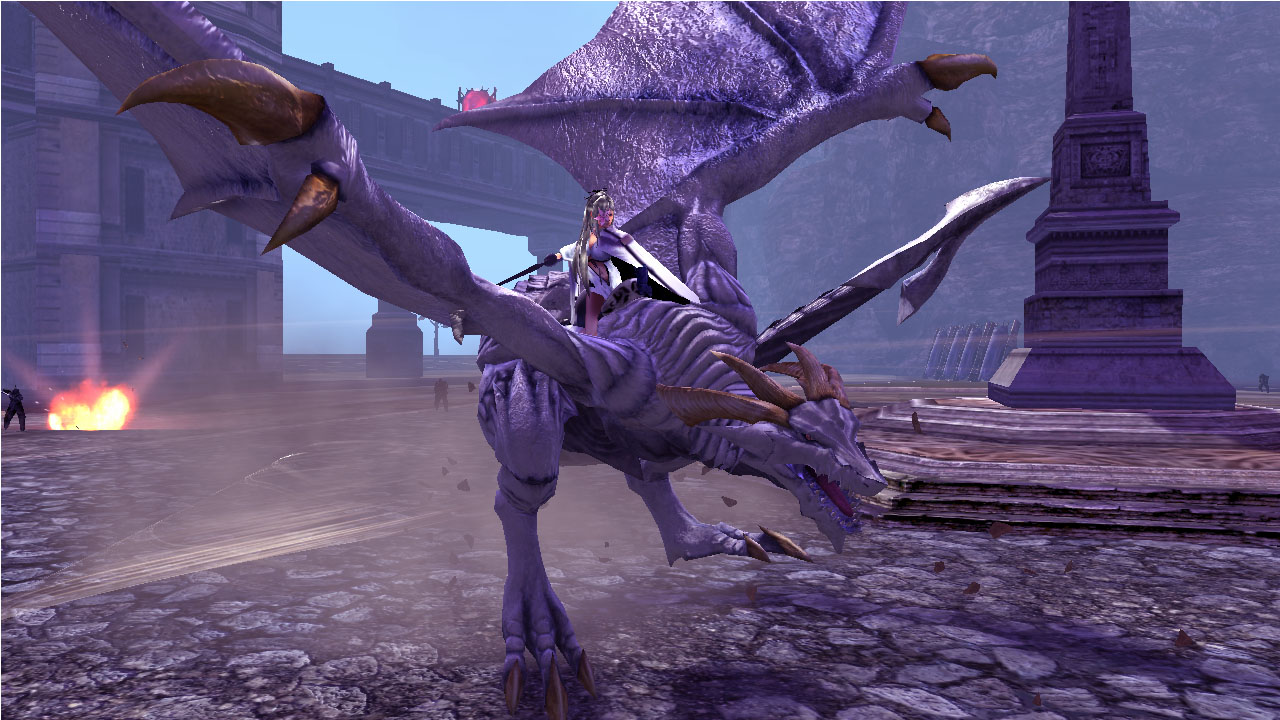 Drakengard 3 is a game that I played simply because I’m a fan of NieR. Based on my time with Drakengard 3, the NieR games are superior but that doesn’t mean Drakengard 3 isn’t worth playing. Even with my constant bickering about the rhythm game final boss, the journey up to that was enjoyable with a memorable story. Objectively, Drakengard 3 is a game with an engaging story, good music, entertaining and humorous characters, albeit lowbrow humor and serviceable gameplay. Those who are interested in Drakengard based on the NieR games and are expecting this title to be comparable to NieR Automata and NieR Replicant ver.1.22474487139… will be disappointed. But if you’re willing to forgive mediocre gameplay to experience a bizarre story with several WTF moments and enjoy Yoko Taro’s world building, then Drakengard 3 might be right up your alley. And given the improvements we’ve seen with NieR Replicant ver.1.22474487139…, seeing a Drakengard trilogy collection getting the HD treatment would probably be a welcome sight to many, this writer included.