Song of Horror will be hitting both the PS4 and Xbox One digitally on May 28, but it looks like PlayStation-based fans will be getting the superior launch.  Meridiem Games recently announced that deluxe, boxed-edition of Song of Horror will be coming to PS4 soon. A release date isn’t specified for this version of the game, but fans should be able to reasonably  assume that it’ll available at or close to the digital release date.

The Song of Horror Deluxe Edition has two main features in addition to the physical disc and collector’s sleeve. The first is the “Maps Guide,” which illustrates the in-game spaces and provides room for players to write notes about each. The other is the “Characters Guide,” and it’s exactly what it sounds like: a book containing a short biography and/or tips regarding each of the game’s important characters. Depending on the quality of the books, this might be worth it. Of course that’s something for individual fans to decide. 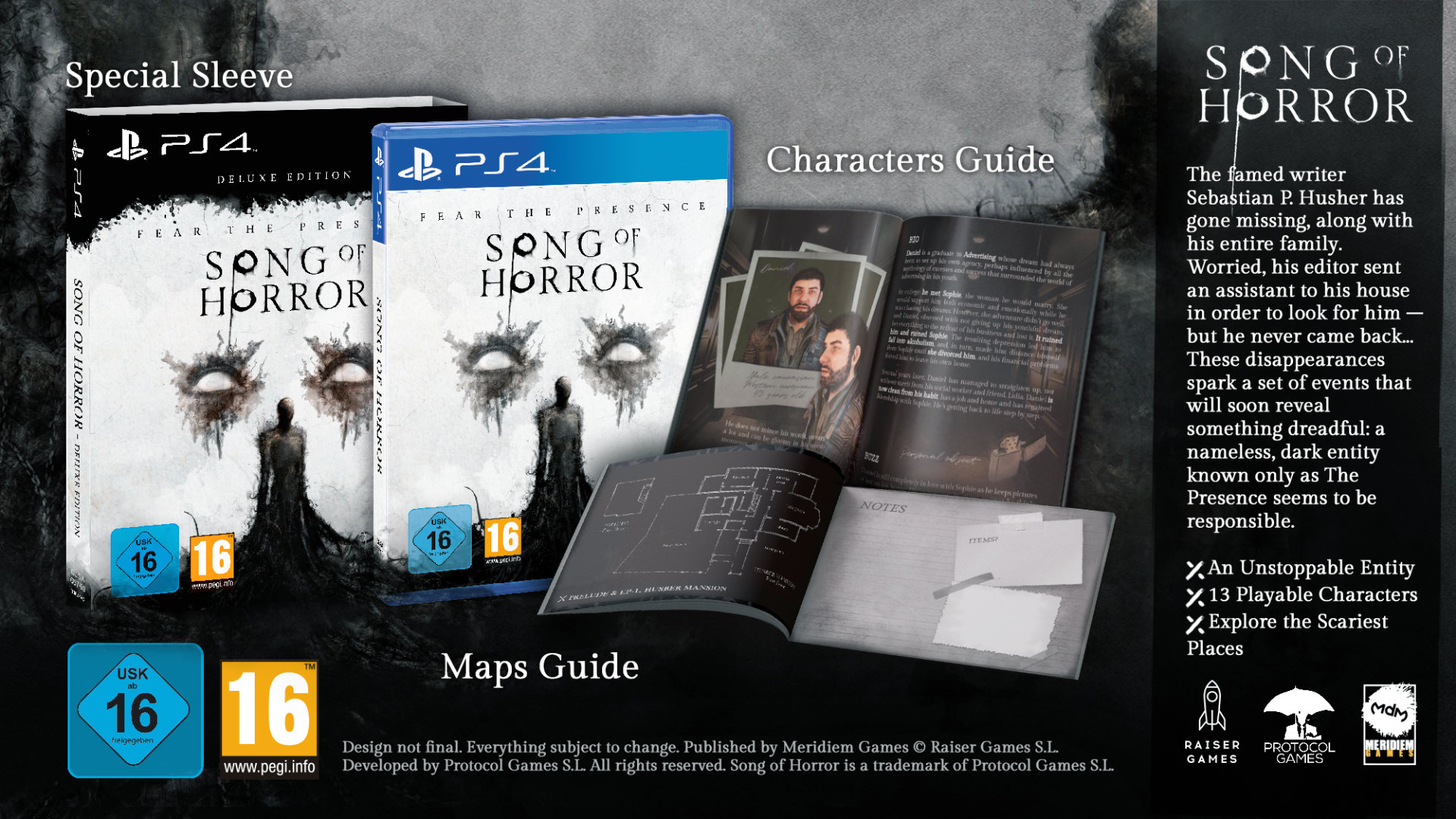