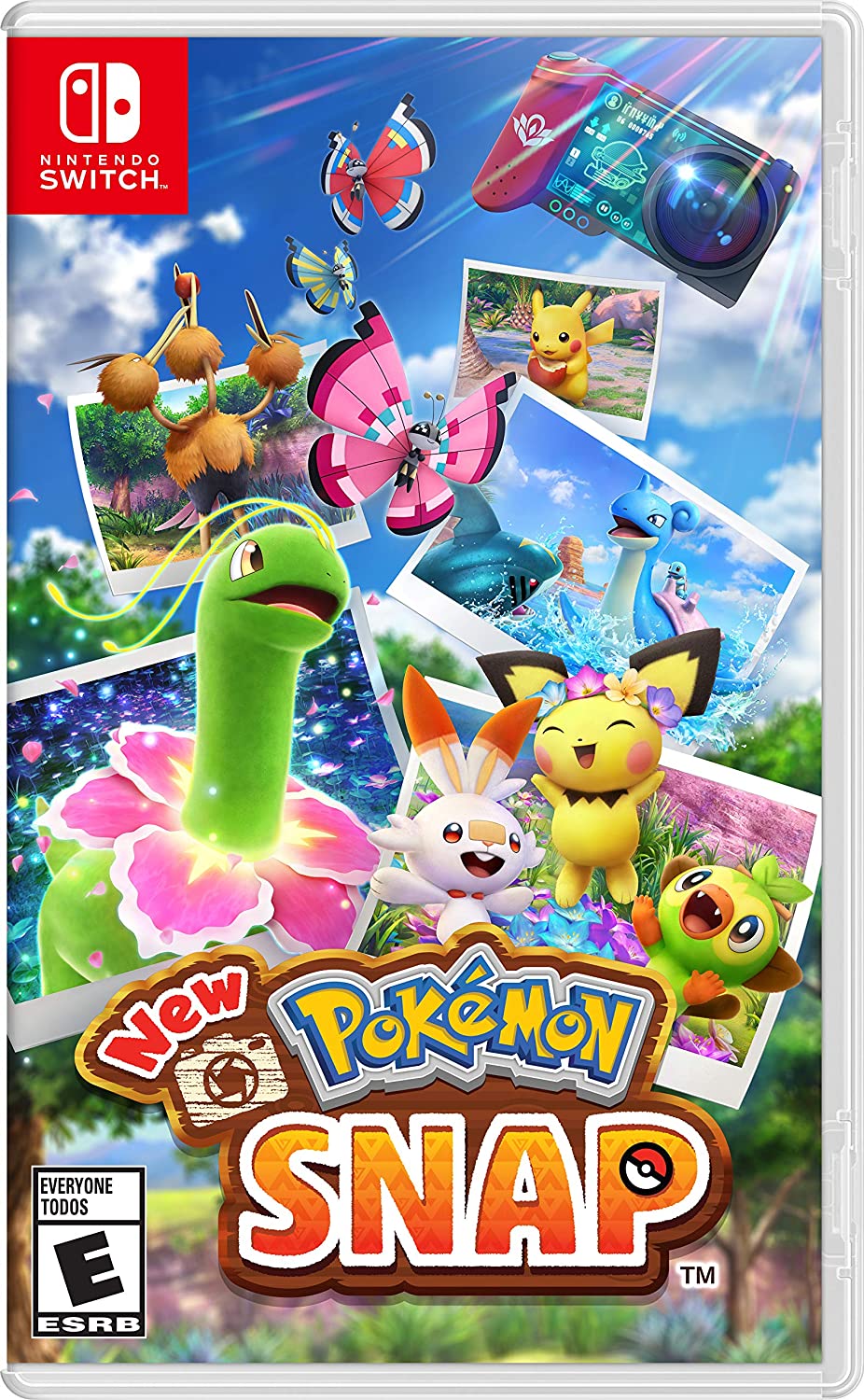 A little over 22 years ago, the original Pokémon Snap made its debut on the N64 where it would go on to become an instant classic on the system. While not a long title, it encouraged tons of replay and sharing secrets with others also playing in addition to just being a brand new Pokémon experience unlike any other. Seeing Pokémon out in the wild was nothing short of magical, and now years later the chance has once again come with New Pokémon Snap gracing the scene and revitalizing the beloved title. It’s been a long time coming as fans of the original have wanted a sequel for years now, so just how well does New Pokémon Snap do its job?

There wasn’t much of a story focus in the original title, but there’s more going on this time around. A young photographer is beginning their time in the Lental region under the service of Professor Mirror. Together with his assistant Rita, they are discovering secrets of the Pokémon living here in their natural habitat. During the time there, the Professor regularly mentions the rumored Illumina phenomenon which seems to affect Pokémon but hasn’t been captured on film for many years and was believed to be false at that. The potential of it being true is just too much, and together the team sets out to see if it’s true while steadily learning more and more about the Lental region on every single outing.

Just like the original title, the core goal of New Pokémon Snap is to traverse through on-rails levels and take photographs of Pokémon in their natural habitat. Levels are short, but after finishing players will return to the Professor where they can then have their photos evaluated. Higher scores will level up the area in which it was taken with every level allowing for new events or Pokémon to appear. Through the story players will unlock Fluffruit which is an apple-like food that can be thrown in order to attract Pokémon over to areas or simply to tempt them into eating. New to this title is the Illumina orbs, which will cause Pokémon or certain flowers to glow and act in new ways. A new music box can also be played to attract or wake up those who might be asleep. Some might dance, others may run away because they’re not sure about the sound, but there’s tons of ways to capture Pokémon on film. Each Pokémon has four levels of photos that can be taken and saved in the photodex, with some requiring special events to occur to snap it at just the right time. A lot of thought goes into grading photos since everything from pose to the appearance of other Pokémon in the photo will help rank it up to be categorized and increase the level of the area. When all the photos have been taken after a successful trip the fun doesn’t just end there, as there’s a whole new online component that encourages even more creativity. 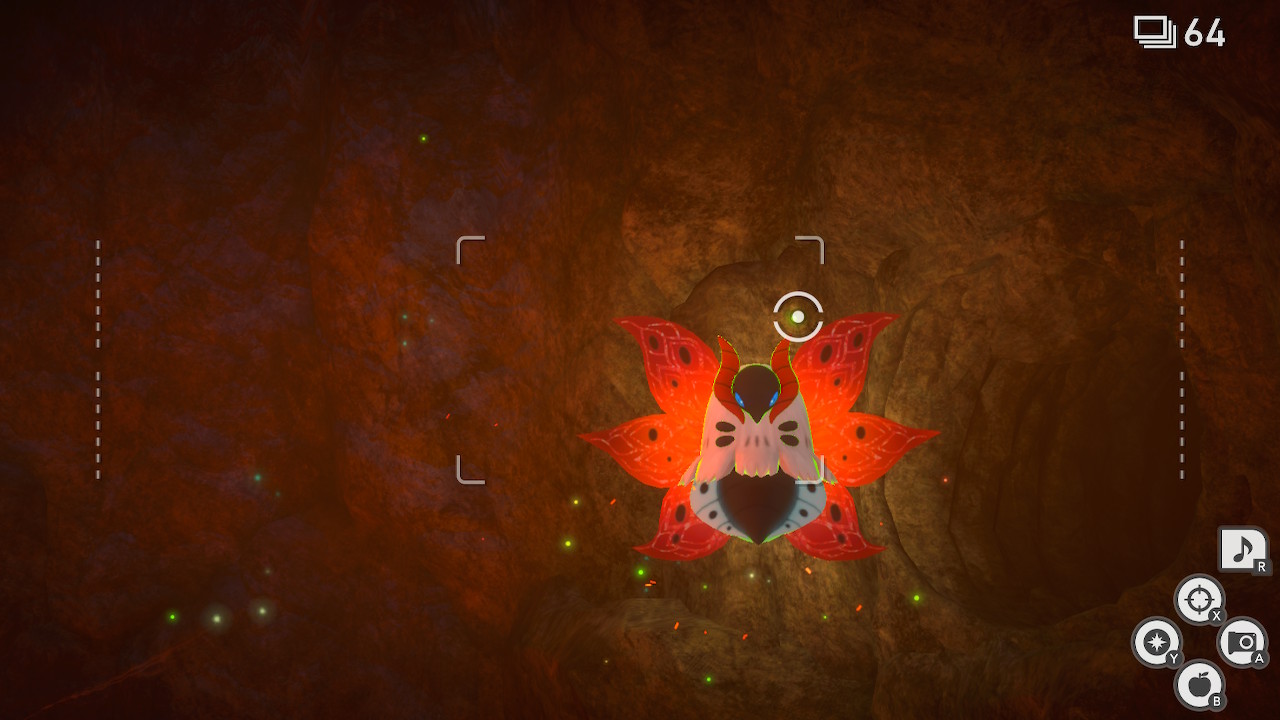 In some regions of the world, the original Pokémon Snap had printers that players could visit and make physical copies of some of their favorite photos to show off or share with others. Now there’s no need to print anymore, as the online service allows sharing and viewing of photos with people around the world. In addition to this, there’s also an editing mode that players can use to decorate their favorites before they share it while giving it a title or theme that others might enjoy viewing. There are a wide variety of stickers available at the start, but most are actually unlocked through various means while playing through normal levels. Some require requests to be completed by capturing Pokémon in particular moments, while others just need certain types captured on film a multitude of times. The editing mode is simple, but addictive to use, as it’s fun to edit photos to make cute scenes out of a favorite Pokémon or simply adding to a wonderfully-captured moment.

New Pokémon Snap is a gorgeous title. The original title shoved players into an unseen world of wild Pokémon living their lives with slight interruption from the photographer, but it makes it all the more endearing to keep going when there’s so much to see. Although the core campaign itself might be short, there’s tons available to unlock afterwards that makes replaying worthwhile and satisfying. There’s tons of secrets to be had and so many ways to capture a Pokémon’s attention for the latest photo, not to mention multiple ways to explore each stage be it during day or at night for variety. The music, while not standing out, is an enjoyable listen that gives every area its own upbeat vibe. The character animations themselves look fantastic, and the voice acting is a small but nice bonus to helping build the world. While the story is simple, it helps lead the way to new places and has interesting aspects that make it engaging while playing through. 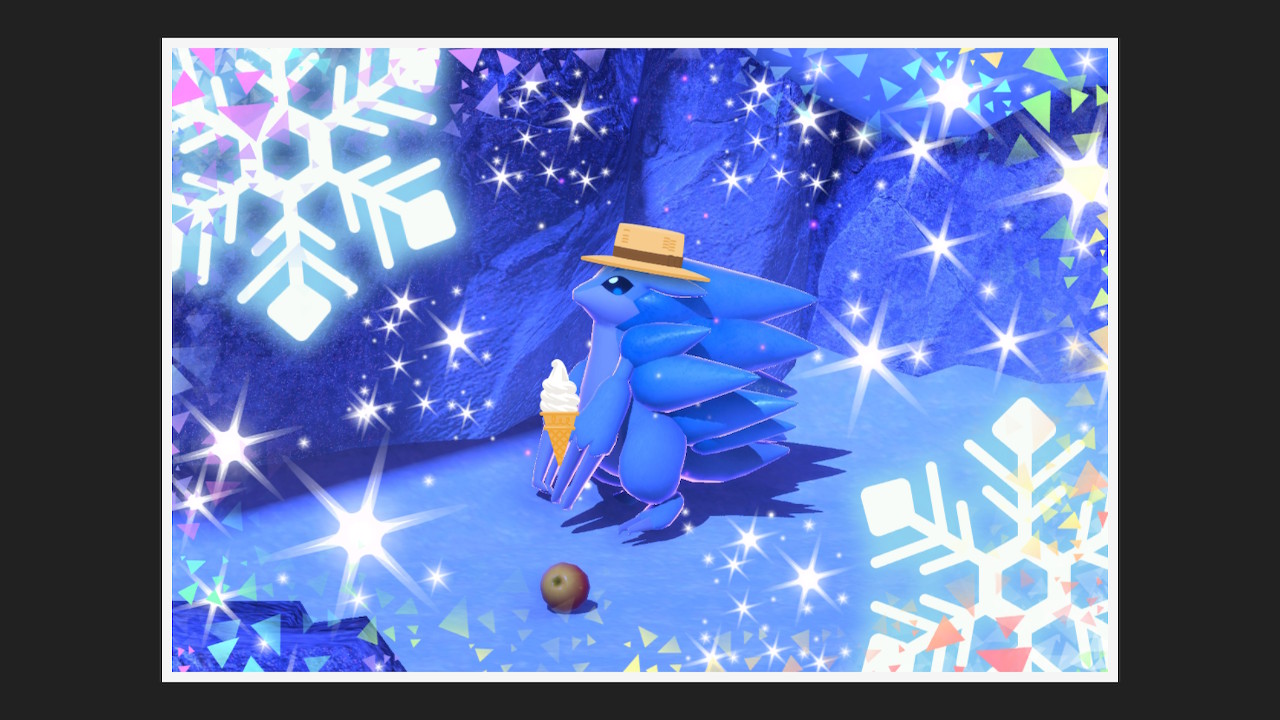 When it comes to long-awaited sequels, New Pokémon Snap doesn’t disappoint in the least. There’s so much more to do for those looking for a wonderful adventure through the brand new Lental region with camera in hand. The amount of time any player will get out of New Pokémon Snap will vary of course, as it’s a title that relies on people enjoying pure atmosphere and seeing tons of adorable or tough Pokémon in brand new ways. All in all it’s a proper and fantastic sequel to the long-beloved original N64 title. While New Pokémon Snap borrows much from its predecessor, it has plenty of new to stand up on its own two legs that builds an endearing experience. Hopefully it won’t be another 22 years until the next entry, as New Pokémon Snap is so utterly charming that it’s hard to keep from wanting even more.