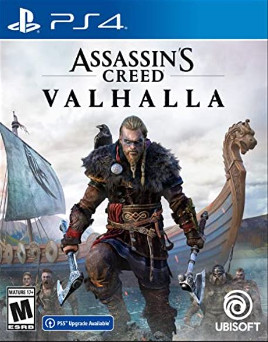 Assassin’s Creed Valhalla: Wrath of the Druids takes Eivor away from England to Ireland. A merchant named Azar shows up at the docks in Ravensthorpe. Azar wants to expand the trade from Ireland to England, but unfortunately there’s a blockade preventing passage of the trade ships. Eivor naturally is tasked with clearing the blockade, opening up the trade route and earning an invitation to meet with the king of Dublin. Eivor sets sale for greener pastures, but soon finds out that there’s drama amongst kings, mischievous druids and a whole new order of people that need to be identified and assassinated.

Upon arriving in Dublin Eivor meets the king and it doesn’t take long for the newest batch of trouble to arise. As is the case with just about any fledgling monarch, there’s an assortment of royal drama that ensues. Eivor volunteers to help, as viking raiders were known for their philanthropic ways. There’s no single settlement like Raventhorpe but instead there are multiple trade posts to acquire and build up. These trade posts are acquired through various quests and each of them have three different facilities that can be constructed that will lead to benefit toward trade production. Aside from their being multiple trade posts that generate goods that can be traded to increase the level of Dublin, these are similar in execution to building up the settlement back in merry olde England. There are a lot of secrets and extra quests to uncover through exploration and communication, so fully immersing Eivor into the new culture is recommended. 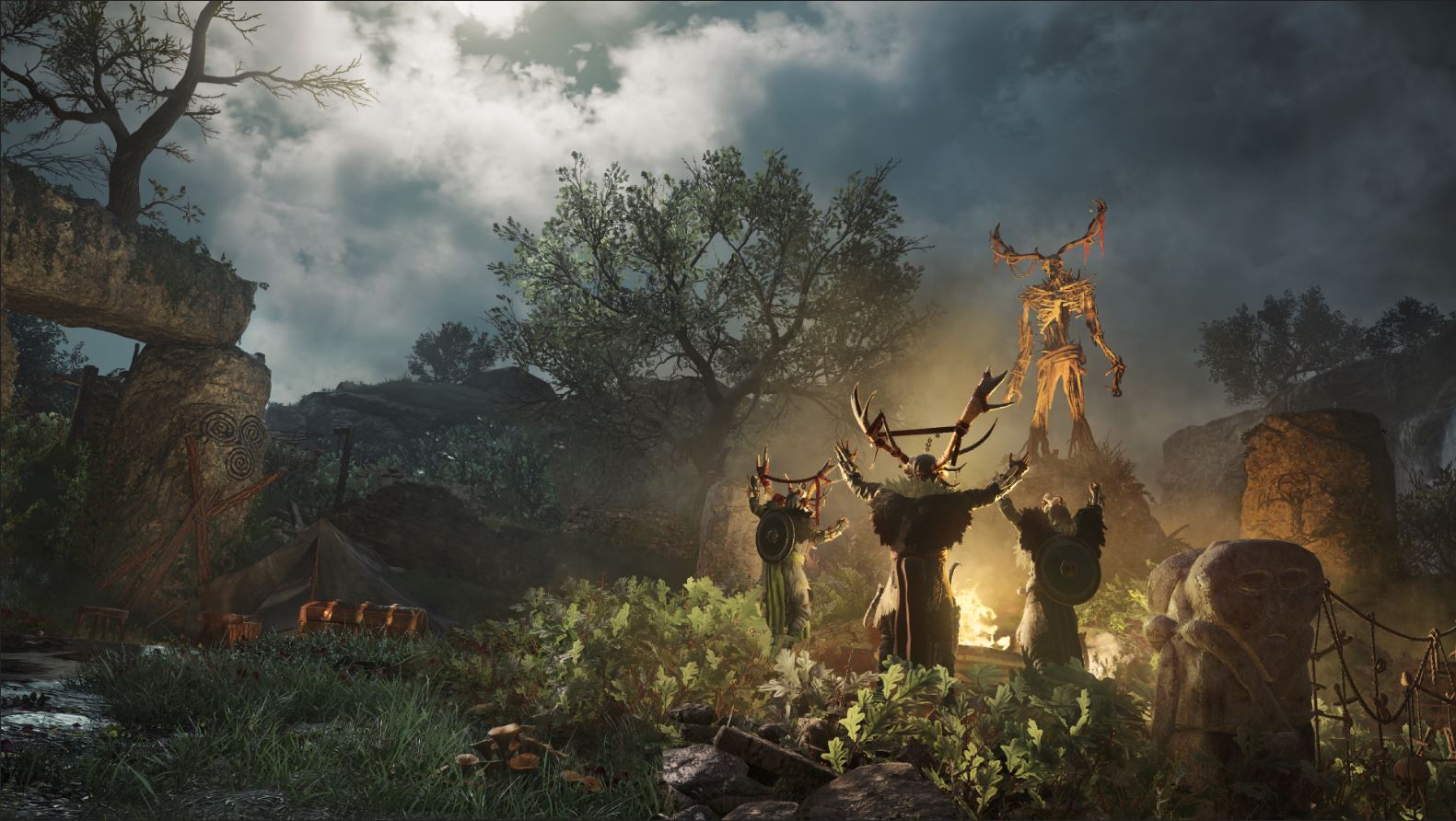 Ireland has an overall power level of 55, making it accessible early on the game so newcomers don’t need to worry about having to complete the main game before jumping into Wrath of the Druids. The map for Ireland isn’t as big as England, but it’s bigger than each of the DLC maps in Assassin’s Creed Odyssey and would be a respectable size for a standalone game, yet humongous for DLC. Within Ireland Eivor will meet new people that advance the story, which by now people who are familiar with the series know includes a new secretive order of people who need to be identified through clues and subsequently killed. There are new skills for Eivor to learn, along with new druid-themed gear that Eivor can use if (s)he wants to start a Heilung tribute band. Aside from the main quest and building up the trade posts and helping make Dublin a greater power in Ireland, there are the usual assortment of side quests, errands to run to earn favor from the kings and hallucination inducing druid brews that are part of the Trials of Morrigan. Plus there are other secrets in the world that involve mythical beings that are worth uncovering.

Wrath of the Druids introduces a map, characters and storyline, but overall it feels like more of the what we experienced in Assassin’s Creed Valhalla. The graphics, dialogue, story and character development are on par with the main game. Acquiring and leveling up trade posts is basically a variation of building up Ravensthorpe. The new content offers more of the same, and getting twenty hours of content is a reasonable expectation for this, though levels of completionism may alter the exact amount of time. Hunting the order members was familiar as it didn’t deviate from the early titles. The trade posts are built up with materials gathered during raids, and earning the king’s favor through the pigeon coop quests typically felt like busywork. One thing I found particularly amusing was (mild spoiler warning) a heavily-implied sex scene that happened in a body of water. Both characters’ modesty was intact thanks to wearing just enough clothing in the water and the camera cut away before things went too far, but Wrath of the Druids doesn’t shy away from foul language or cinematic slow motion close ups of dismemberment and decapitation, which is always something that was amusing about our culture’s view of depiction of certain things. 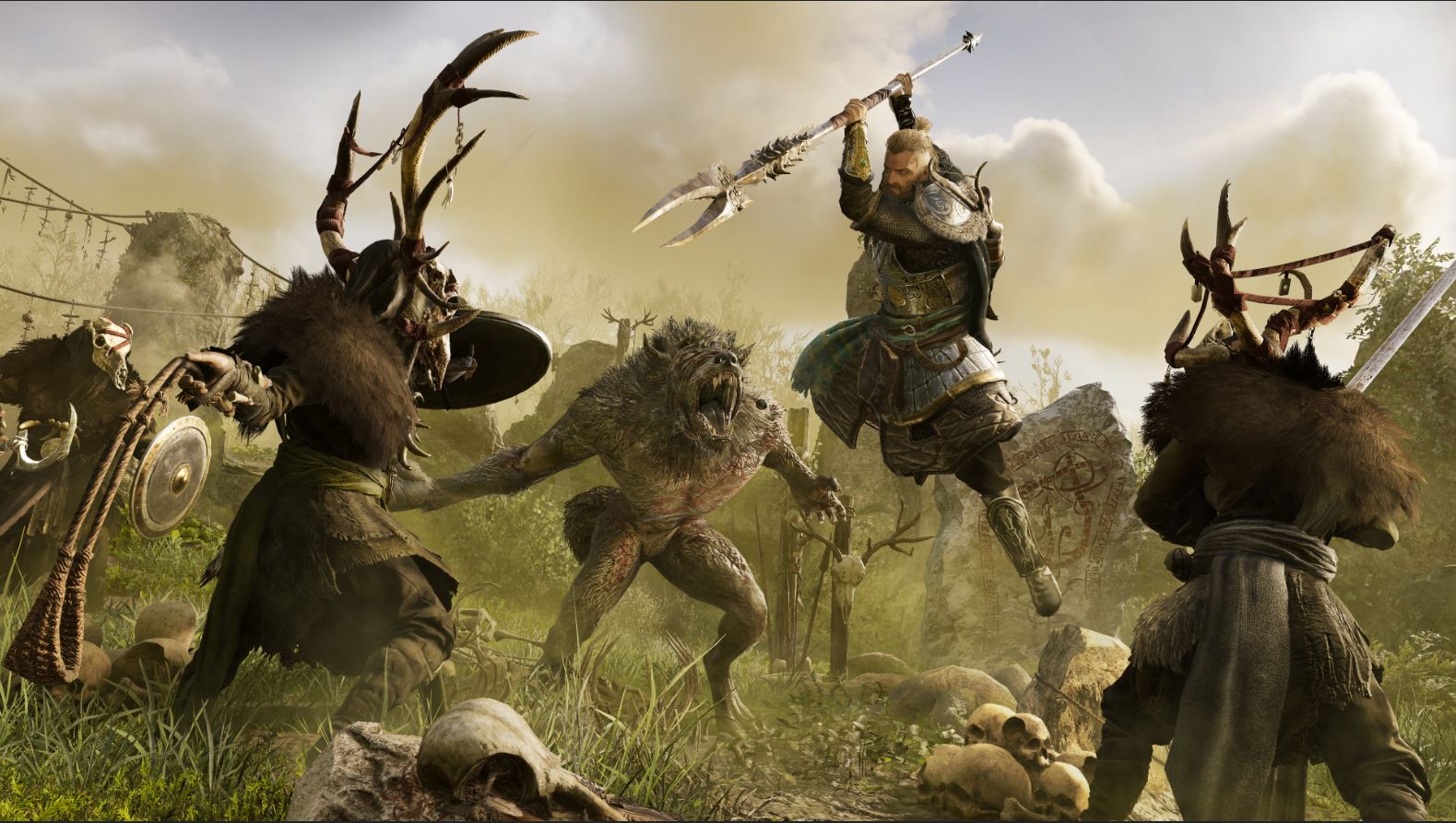 Assassin’s Creed Valhalla: Wrath of the Druids offers a sizeable amount of new content to an already huge game. The new picturesque environments are a joy to explore. Even though Wrath of the Druids offers an intriguing new story with all the elements fans would expect from an expansion, the gameplay and progression feels like more of the same, which may be a good or bad thing depending on the individual player. Assassin’s Creed Valhalla is a fun game, and this expansion is the same level of quality. Players who couldn’t get enough of that title will find a lot to enjoy in Ireland, but those who have already gotten their fill after sinking over 100 hours into the main game probably won’t find enough here to draw them in.