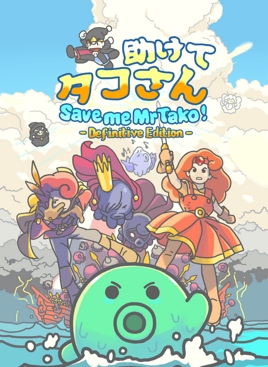 Save Me Mr Tako: Definitive Edition

Save Me Mr Tako originally launched back in 2018 and despite being a fun and enjoyable title had a few bugs and hard difficulty that made it overlooked at the time. It was also never able to be patched during its initial release, so ended up being quite the niche indie that didn’t make a bigger splash. Fortunately it was revealed that Tako was getting a second change with a brand new release nearly three years later with a Definitive Edition. With plans to bring fixes and changes the original needed, Save Me Mr Tako: Definitive Edition has brought back the most lovable octopus and another opportunity to introduce players to a fantastic adventure.

The world in Save Me Mr Tako is ruled by two major species: the humans and octopus. These two have been at odds for some time now, and war is brewing in the horizon when a group of octopus attack a ship and take it over. One octopus among them by the name of Tako decides this isn’t right and saves the last human aboard out of defiance. While most of his Octopus brethren don’t agree with his actions and side with his brother, Tako is set on not fighting in a war that doesn’t need to happen. Due to his compassion towards humans Tako is blessed by a fairy with the ability to breathe on land and thus begins his journey to try to stop the fighting between humans and octopus in hopes they can get along. It’s up to him and the friends he makes along the way to put a stop to the fighting and fix what’s going on.

Tako’s platforming adventure to try and save the world takes place in a wonderfully Game Boy inspired style where he must traverse each level and make it to the end. By himself Tako is a rather squishy octopus who can’t take many hits, but he’s one of few of his kind able to shoot ink at enemies in order to stop them in their tracks. When most enemies are inked they can be used as temporary platforms to help him traverse further, discover secrets and solve puzzles he comes across. Most normal levels are short and don’t take too long to overcome, but it’s the optional secrets and chance at finding hats that makes them enticing to go back to. Longer levels that are structured more like dungeons offer a lot more challenge with trickier enemies and feel almost more in line with a metroidvania at times, but without being too robust and just long enough to make for a fun diversion from the regular levels. 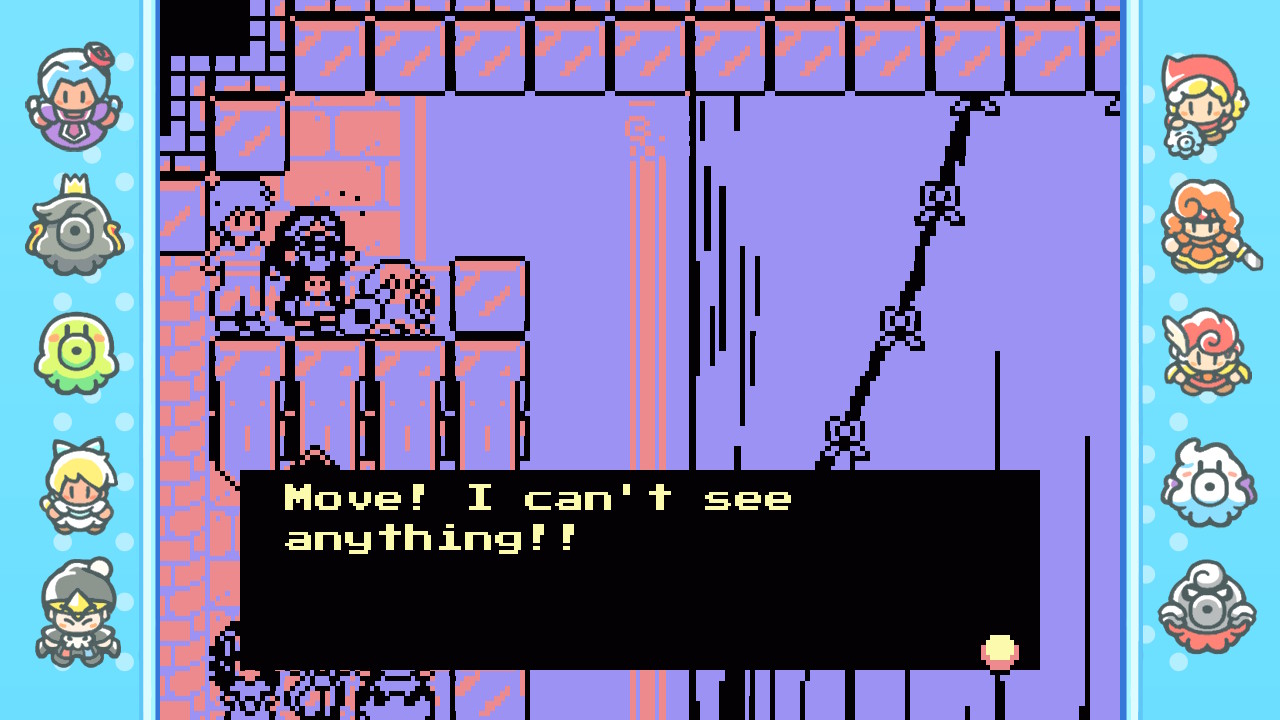 Hats are Tako’s main source of both offense and defense on his journey. The hats that he collects grant him special abilities to use whether it’s new types of weapon or ways to traverse around levels. Some make him unable to attack but with greater abilities, while others give him defense properties while he still uses his normal ink attack. The vast majority of hats are obtained through optional sidequests, but a good few take on a key role in dungeons that help mix up the more traditional platforming experience that it feels like at first. Hats are not only cute but give plenty of reason to revisit old stages and characters along the way to see what else can be unlocked or challenges through each and every story beat.

The original release of Save Me Mr Tako had three difficulties that didn’t differ too much outside if how many lives the lovable octopus could store before falling in battle. The Definitive Edition changes this up by adding the new hearts mode. On the standard difficulty Tako can take two hits if he’s wearing a hat, or one without, before losing a life. Meanwhile in hearts mode Tako has 3 hits and a health meter to give him a much greater chance in addition to being able to store up to 99 lives instead of the normal 10. Even better is the difficulty can be freely changed at specific locations, meaning those who want more or less of a challenge at a moments notice are able to mix things up. For those wanting to feel like champions there’s even a challenge to beat every level on classic mode for a nice reward. The difficulty change and ability to change them seems like a minor addition but honestly helps make Mr Tako considerably more accessible than the original release and just feels nice to be able to switch things up on the fly. 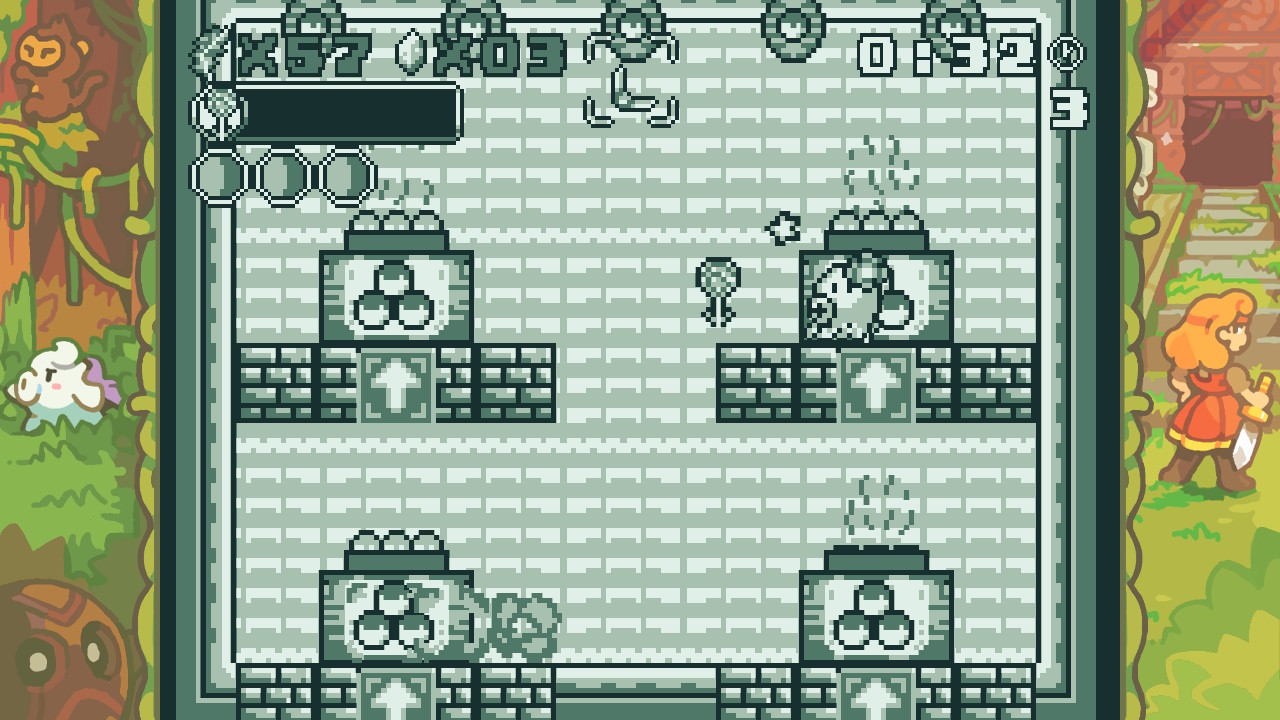 There are a slew of different visual options to choose between while playing Save Me Mr Tako. Visually it can be played in wide screen or with a border on the outside featuring various artwork of characters and story beats in a variety of different styles. The Gameboy-pixel artwork also has tons of different color options that can be changed any time which makes it easy to adjust the best color for each person. There’s also an auto mode which determines the color of the screen based on the location, which is a great way to take advantage of all the options available.

One of the biggest shining aspects of Save Me Mr Tako is its stellar soundtrack. For those who played on the old Game Boy it has a nostalgic feel to it, but even without that the music is utterly outstanding and remains full of catchy tunes for days afterwards. With a surprisingly powerful story for a title that’s inspired by an era that wasn’t known for tons of impactful stories, it’s a welcome mix that feels both passionately respectful to the original era while also making its own path as an unforgettable adventure. 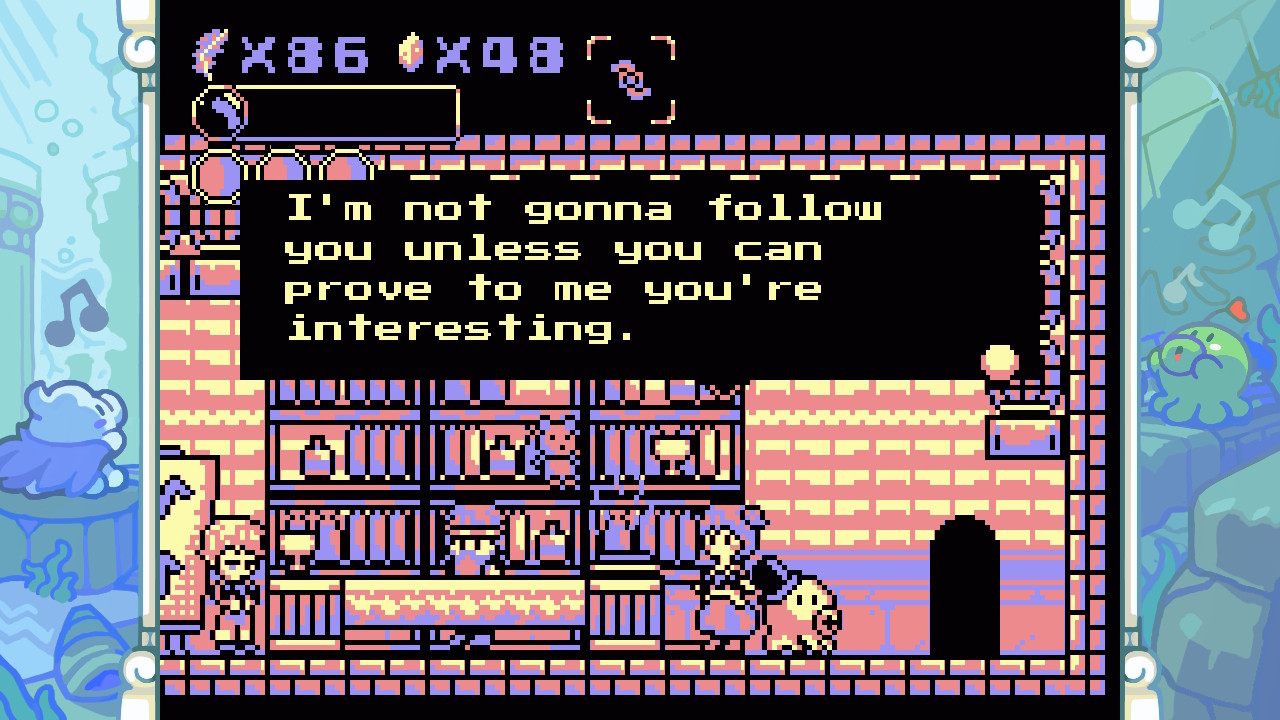 It’s hard to describe just how enjoyable Save Me Mr Tako is. It seems so simple and quaint from the outside, but contains a meaningful adventure that won’t soon be forgotten. The original release left many little things to be desired, but the Definitive Edition comes back in full force and ready to give Tako another change in the limelight so he can prove his eight tentacles aren’t just for show. Anyone who likes platforming, good adventures or just that classic Game Boy vibe should not miss out on one of the most enjoyable little indie titles ever made with Save Me Mr Tako: Definitive Edition.