Nearing the close of the century Baldur’s Gate was among the more critically-acclaimed and commercially-successful computer RPGs. After releasing an expansion, sequel and expansion for the sequel, it became apparent that the Baldur’s Gate name is analogous to printing money, so getting into the console market seemed like the next logical step. Unfortunately, while nowadays the gap between what an expensive PC and console can do isn’t that wide, in 2001 there was a huge chasm between what PCs and consoles could do. Putting a complex CRPG like Baldur’s Gate on a Gamecube just wasn’t an option, so Baldur’s Gate: Dark Alliance took the profitable PC franchise name and made it into a Diablo clone. (Editor’s Note: You may as well just copy and pasted your first paragraph from Member Dark Alliance II?)

Despite receiving favorable critic reviews, Baldur’s Gate: Dark Alliance was met with a more mixed consumer reception. Fans of the PC titles weren’t thrilled that their beloved CRPG was reduced to a hack and slash Diablo knock off. Other players were more forgiving, and while the setting and title might be the only common link to the PC titles Dark Alliance was still a fun action RPG. One advantage it had over Diablo II was it offered that style of gameplay that could be played with couch co-op without having to go through the trouble of setting up a LAN party.

The story begins with the three heroes arriving in Baldur’s Gate. Starting off in the titular location helps justify the title using the Baldur’s Gate name, and as things rarely go well in RPGs the group is quickly attacked by a group of thieves led by a man named Karne. Some local guards rescue our heroes from certain death and take them to Elfsong Tavern where  Alyth Elendara is tending bar. To help out these adventurers, Alyth gives them some charity disguised as work: taking care of some pesky rats in the tavern cellar. As convenient accidents tend to happen in RPG situations, it is discovered that the tavern’s sewer entrance is being used by the group of thieves to gain access to the town. This leads to the discovering the thieves are part of a larger collective known as Xantam’s Guild, and the adventure spirals into something much greater, suggesting these heroes may be worthy of greater tasks than being glorified pest control. 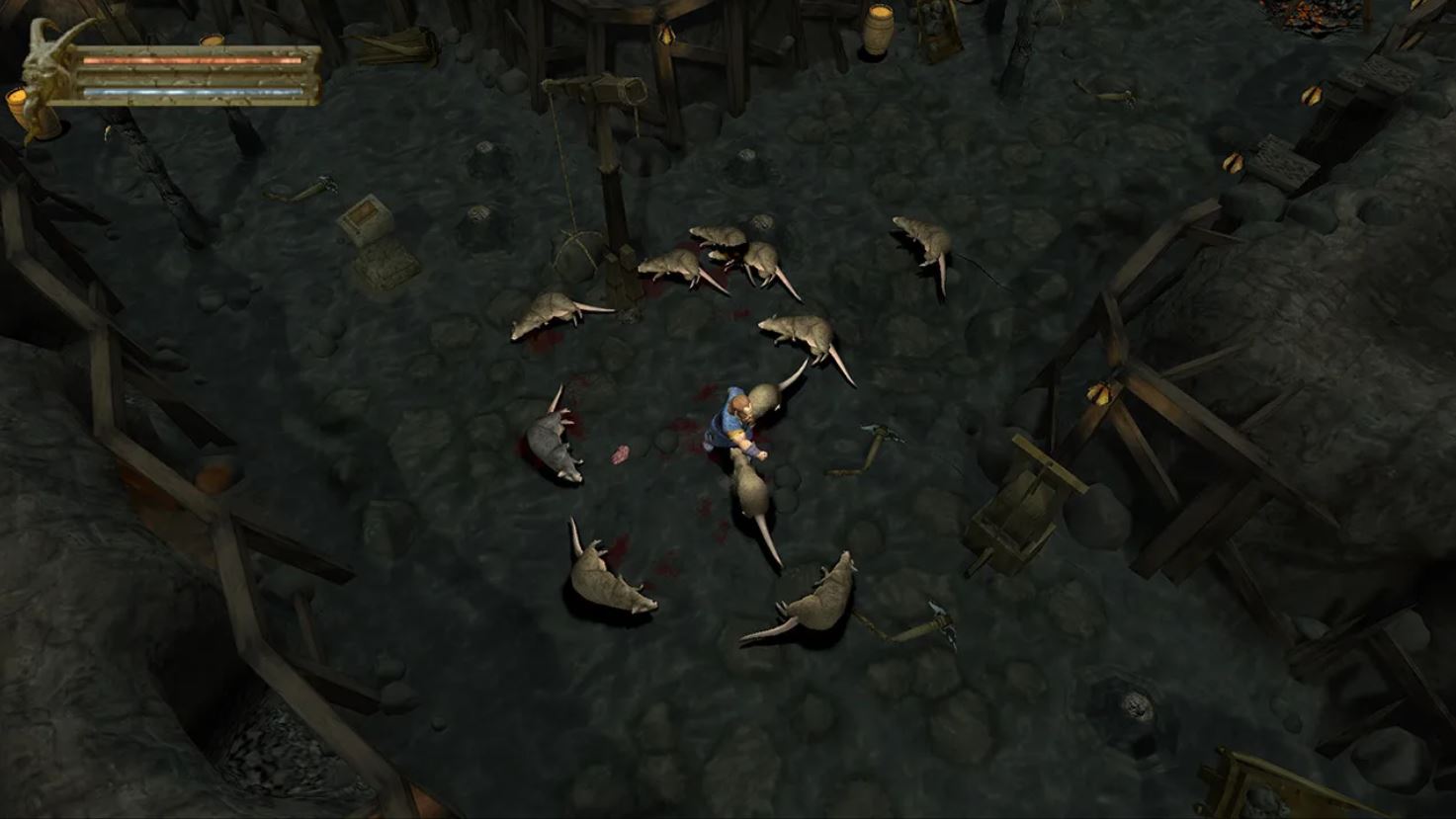 In what seems a rather limited selection for a Dungeons & Dragons title, the player may choose from three premade characters: a dwarven fighter named Kromlech, a human archer named Vahn and an elven sorceress named Adrianna. The player has customization control over the character stats (Strength, Dexterity, Constitution, Intelligence, Wisdom and Charisma) as they advance through the game and increase in level. Realistically, customization for stat growth is irrelevant as each class has their attributes that should be focused on. With leveling up comes with special abilities which are actually fun to play around with. Adrianna’s spell powers that rely on fire, ice and lightning seem to be the most natural in the gameplay context, but adding rather ridiculous feats of strength and archery to Kromlech and Vahn help keep the enjoyment of each character balanced.

Fans of Forgotten Realms have reason to rejoice since there’s a fourth unlockable character, and that’s fan favorite Drizzt Do’Urden. Getting to play as Drizzt can be an undertaking and not all players may have the patience to do what is required to unlock him. There are initially three difficulty levels and beating any of them unlocks The Gauntlet game mode. The Gauntlet has to be played with Drizzt, and when The Gauntlet is complete the Extreme Mode is unlocked, which can only be played with an imported character from complete game save file. After Extreme Mode is completed, Drizzt is available to be played in the main game mode. 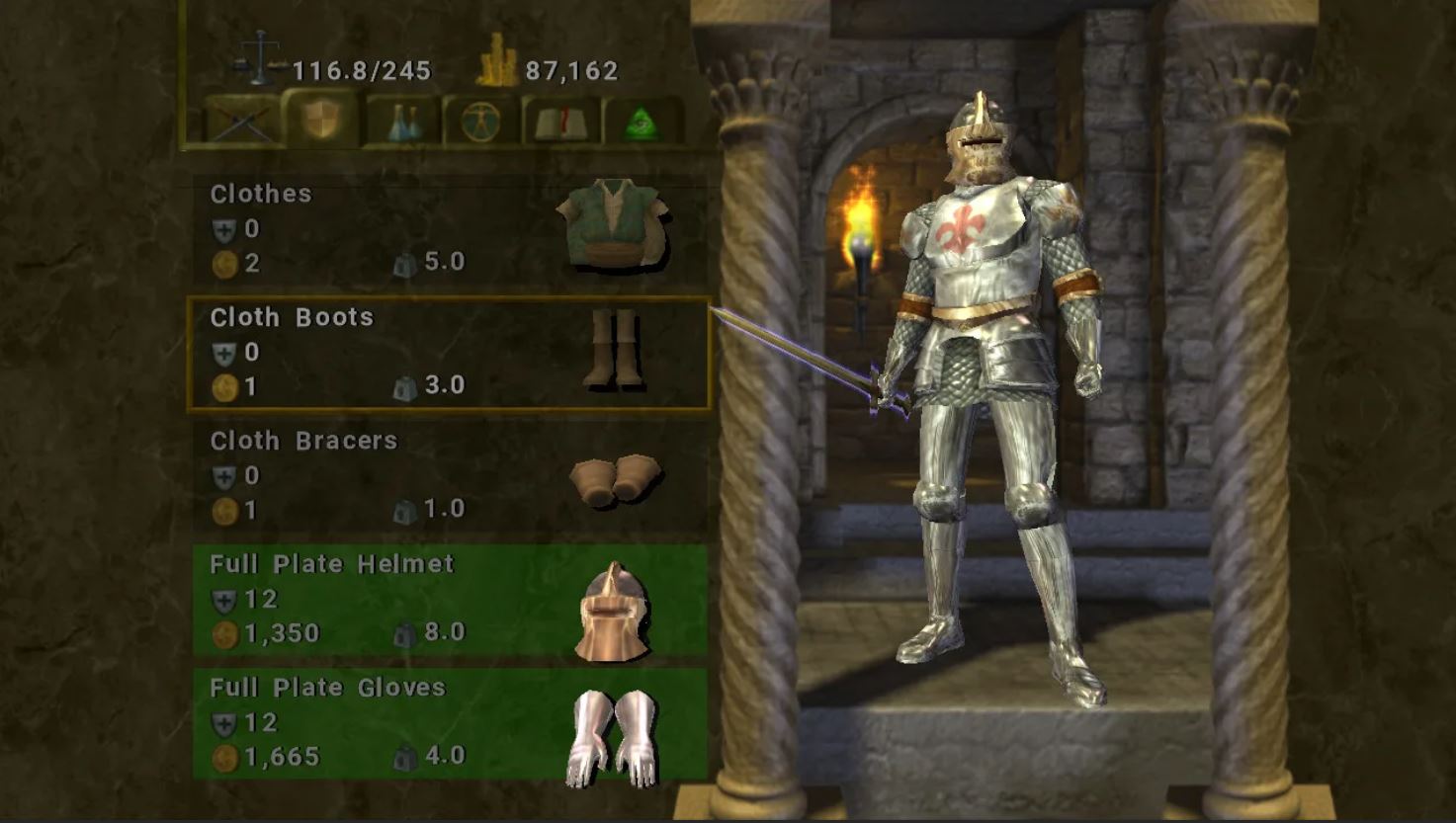 Progressing through Baldur’s Gate: Dark Alliance is a linear process with a few side quests here and there, though most of them are primarily there for grinding reasons and don’t add a whole lot to the story. For the time and the type of game it was, the monster and environmental graphics were impressive, particularly the ice-themed areas. Many of the on-screen monsters looked like illustrations from the Monstrous Compendium brought to life, which as a former AD&D player brought up nostalgic feelings during the initial playthroughs.

One major caveat with the enjoyment of Baldur’s Gate: Dark Alliance is while it did have an interesting enough story and visuals to be an engaging game, the repetitive nature of the gameplay got stale quickly during single player outings. Like tabletop D&D, this is a game best enjoyed with a friend. One limiting factor is the screen space is shared between players, so exploration requires co-ordination, but since this isn’t a large open world epic RPG, this limitation doesn’t do much to diminish the experience. 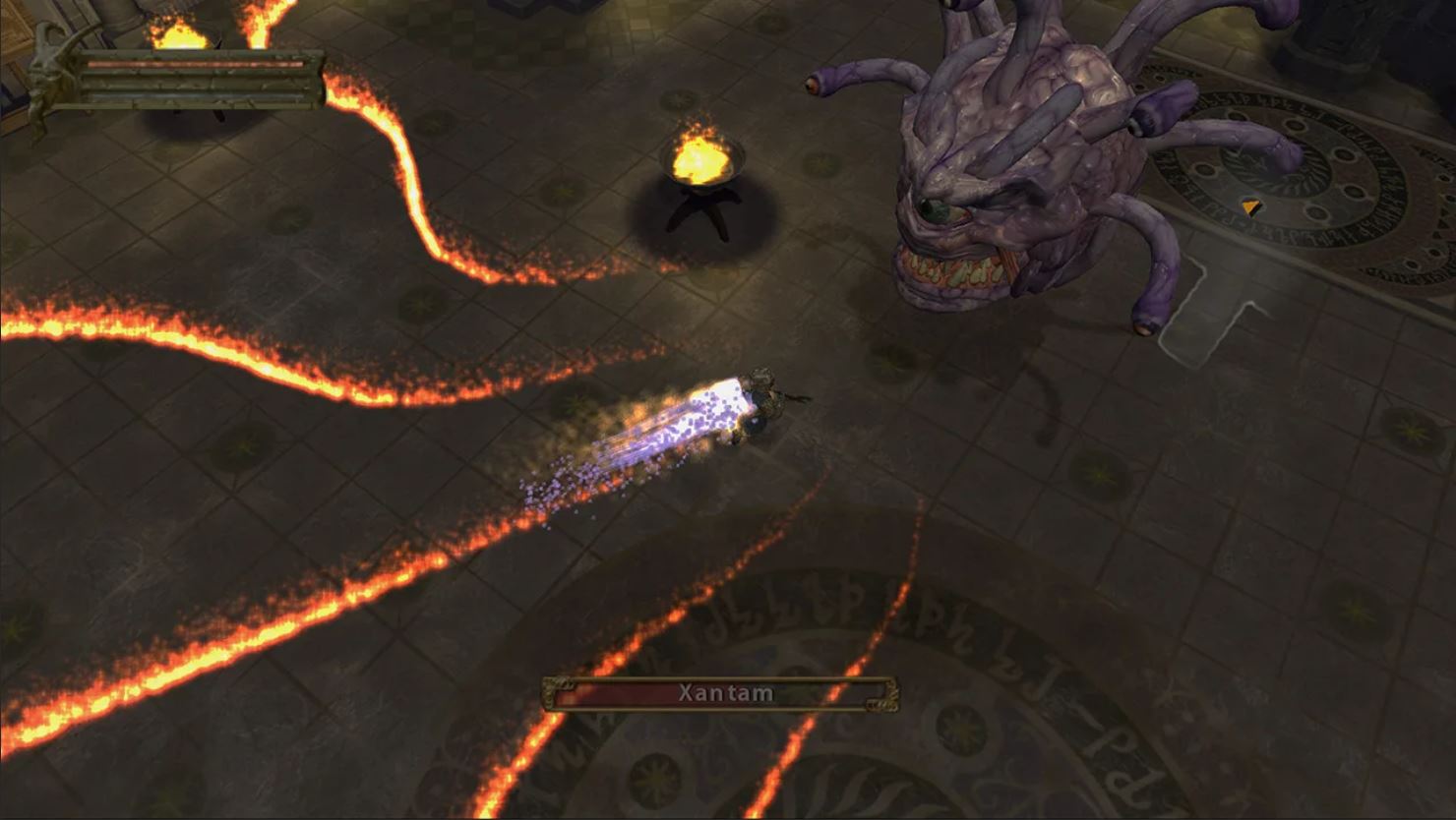 Baldur’s Gate: Dark Alliance was not the CRPG experience ported to console that fans probably wanted, but it was a fun adventure for a Diablo clone in the Forgotten Realms universe. The multiple characters do offer replay value, but honestly as much as I wanted to play through the game as Drizzt after completing the game once I felt like moving onto other titles. The one playthrough was enjoyable, and the title recently got a surprise re-release on Switch along with the current Xbox and PlayStation consoles.