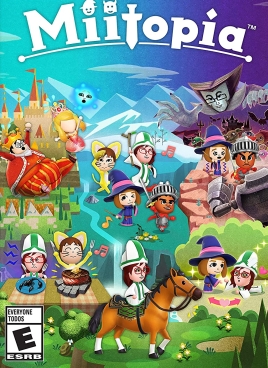 In the almost five years since the launch of the Switch, we haven’t seen a lot of 3DS ports from Nintendo. We have seen follow-ups to existing franchises — like Animal Crossing: New Horizons and Luigi’s Mansion 3 — but little in the way of remastered ports from their most recent handheld device to their first-ever hybrid device. Now, Nintendo is bringing one of the device’s best RPGs to the Switch and despite the console having a ton of RPGs across all sub-genres, it still manages to stand out from the pack thanks to the usage of Miis throughout the world and a light-hearted tone overall. Sure, the Dark Lord is still out to conquer the world and takes peoples’ faces, but he’s surprisingly non-violent about taking over the world. His attitude seems to be “I’m a giant colossal being and will take your face, so do what I want” and that’s enough for him to get people to bend to his whims.

Unlike the 3DS original, which limited players to more standard Miis, players can make the hero look far different than the norm. The level of customization here rivals practically any RPG we can think of outside of 3D Dot Game Heroes back on the PS3. The best part about this is that access keys allow players to enjoy the Miis of others, so if you want to save the world in an RPG as a Mii version of Ganondorf, you can. Personally, having a Mii Link as a warrior with Obi-Wan as a sage and Tony Stark taking on the role of a stubborn pop star seemed to fit the journey better and made this a strangely memorable experience in ways that couldn’t have been predicted going in.

A robust creation suite can only do so much good if the game it’s used in isn’t fun to play, however, and Miitopia is a blast. As a turn-based RPG, the party goes around and explores the land to help everyone as the Dark Lord looms overhead. Thankfully, Miitopia is a solid turn-based RPG and one that mixes things up with areas like safe spots on the battlefield where a character can lose a turn to be protected. The power-ups are also unique in that there are traditional one-time use ones alongside things like shaker variants of them that can be fantastic in a pinch and allow the party to save single-use items for boss battles. 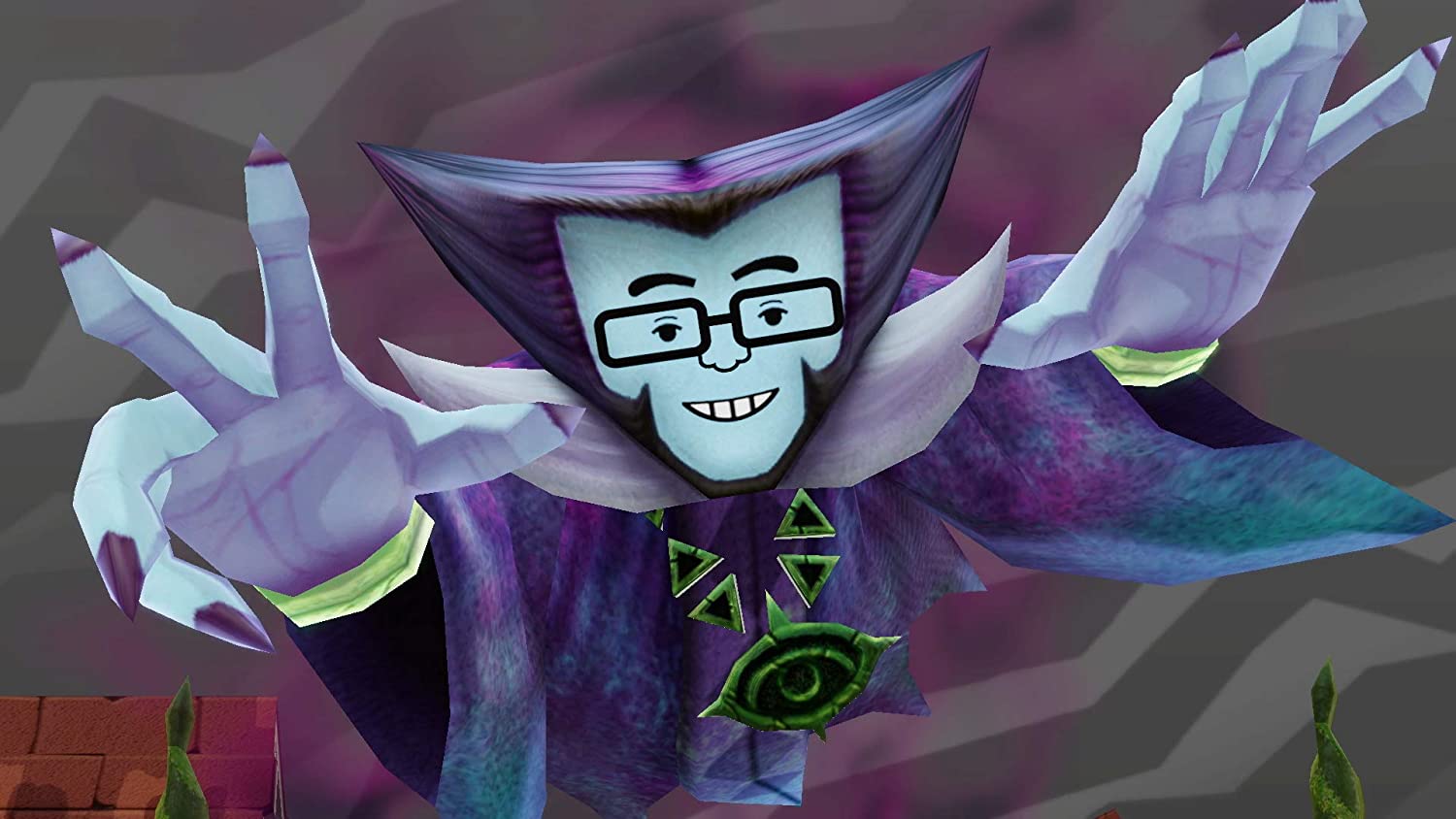 Miitopia‘s gameplay loop is simple, but a surprising amount of fun, and anyone who missed out in this but enjoyed Heroland on the PC or Switch will be somewhat familiar with it. Players explore a town for a bit and then get quests and vanquish monsters and uncover treasure along the way. The idea of town exploration leading to a dungeon and then the inn as a constant formula works surprisingly well and a lot of that is due to how much emphasis is placed on the characters themselves. They’re literal blank slates and yet thanks to how much personality is infused in all of the NPCs and party members, things work out far better than they should in theory because the time spent in the game builds up bonds.

Miitopia is a rare turn-based RPG that focuses on building up bonds between the playable party, making it almost like a dating sim in that regard. Players have to ensure that everyone gets along to some degree and there aren’t any trouble-makers. Every party member is assigned a personality and that can determine how much chemistry the characters have with one another. Someone who is kind will generally get along just fine with someone who is energetic, while someone who is stubborn may butt heads with others. You could also have a selfish pop star on your hands and they can be less resistant to damage, or less willing to focus on combat, making them good for support roles.

It’s amazing how amusing the team-building exercises are and there’s a surprising amount of variety of side activities available. It’s hilarious to be able to be at an inn and not only move characters from room to room, but also have them run to the library or fish and just goof off. There’s a lot of silly slice of life stuff here that isn’t seen in a lot of RPGs and it does a lot towards making the overall vibe of the game relaxed and easy-going. It’s kind of like a slice of life anime that has an undercurrent of drama to it — there’s more than meets the eye in Miitopia and it’s easy to lose yourself in mini-games because they’re not only fun, but gaining access to them ties into the main game nicely. 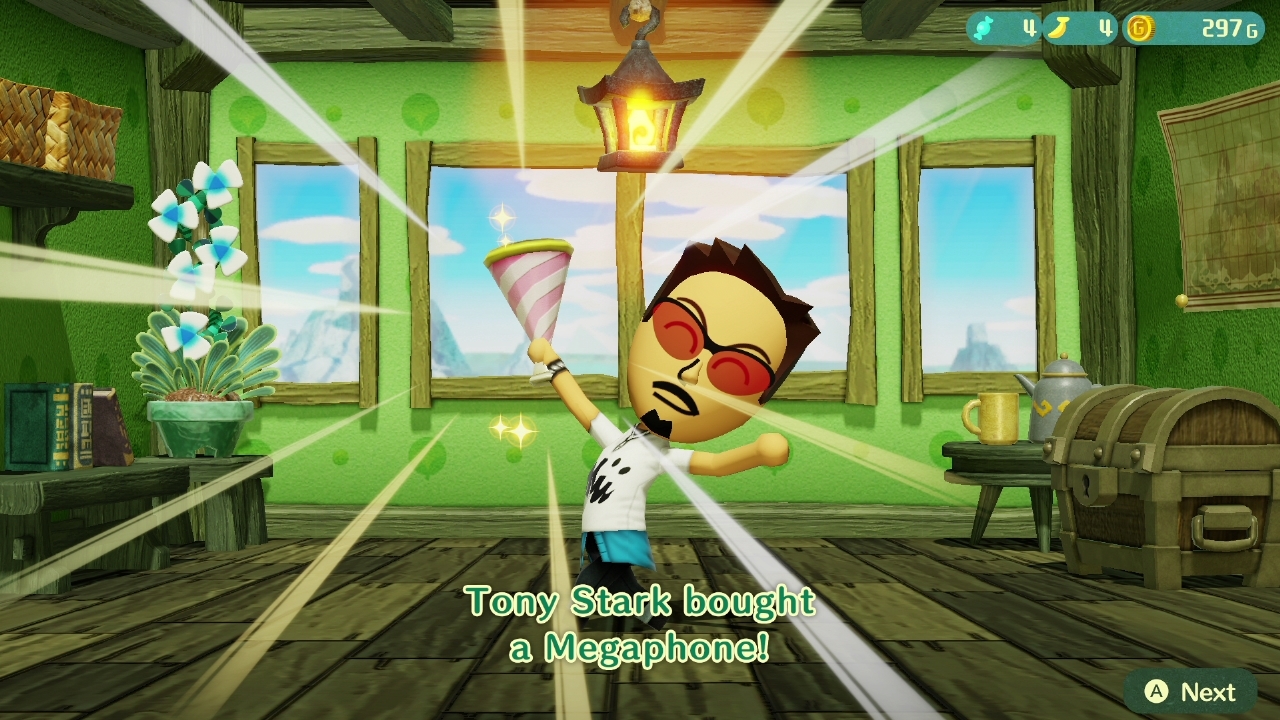 Each character whose face you save gives you something — and a lot of them give up game tickets — so players can enjoy a game of roulette to upgrade their party or have fun in rock, paper, scissors. This allows you to build up your party a lot if you luck out and have a hot streak. It’s possible to go into the inn with one ticket to work with and walk out after a hot streak with several thousand coins to spend. In another nice touch, if there’s a personal style you’re trying to give each character, it’s possible to just do the stat-boosting side of the upgrade and keep the old items visually intact. This is something that a lot of games aren’t good at and it’s a cool small thing that just shows how much care was put into making the experience highly-customizable for the player.

Miitopia is a lot of fun to play and there’s an auto-battle option available for those who just want to kick back and enjoy the game, and it’s also possible to fast-forward with the right trigger, speeding up the overall pace quite a bit. This does make animation wonky for cutscenes, but even that can add some comedy as the cast just darts around looking goofy. The core visuals are impressive for a 3DS port, with a ton of little detail shining, like impressive reflections in cave settings and fantastic animation offering up a sense of what each character’s life is with expressive animations. It’s a cartoony game in a lot of ways, but visually achieves what it sets out to do. It’s a big improvement overall from the 3DS version, with boosts to the environments and character models that make the adventure feel more modern.

Musically, Miitopia falls short with a good soundtrack, but not a memorable one which is a rarity for a Nintendo game. Fortunately, it’s all cheery when it needs to be and fits the tone of the adventure, raising to more intensity for things like big battles. It doesn’t work as well as say the Animal Crossing series, however, in terms of being both light-hearted and memorable. Thankfully, the overall sound design is strong and helps make up for this shortcoming. The pitter-patter of running around is nicely captured and it’s always entertaining to see how much detail went into things like small character voice clips because after becoming so used to full voice acting, it’s remarkable how much more emotion can be conveyed with less actual verbiage. It’s impressive and does a lot to sell the events as serious to those living through them. 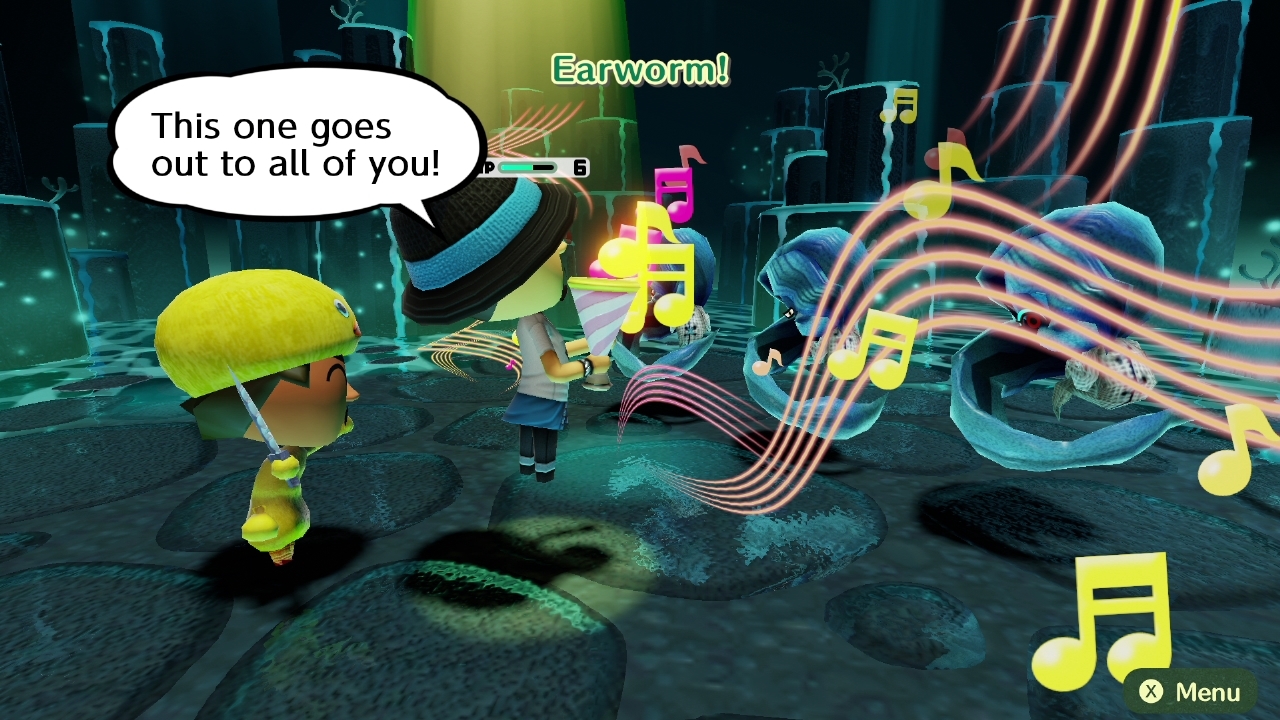 Miitopia on Switch is a fantastic conversion from the 3DS and does an admirable job at enhancing the experience. The jump up in graphics is welcome, but the biggest improvement to the experience as a whole lies in its Mii integration. Having so much customization for the cast thanks to a robust online selection of fan creations allows the story to be goofier and funnier than it could be on its own, and the various absurd situations the cast is placed in help provide a lot of comedy. It’s basic as an RPG, but the execution of the basic combat system is good and it features modern quality-of-life improvements like auto-battle and fast-forward to keep the pacing high. If you’ve been craving a silly, fun RPG that isn’t too difficult and offers a lot of variety, Miitopia is a must-buy.