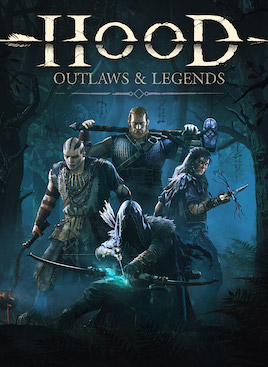 The more hours I spend with Hood: Outlaws & Legends, the more I feel that creeping reminder seep in that games like Evolve and LawBreakers once existed. Not because what developer Sumo Digital have crafted here, in their take on one of English folklore’s oldest tales, is doomed to fail. Furthermore, that it’s lacking — albeit in the sense its core loop doesn’t warrant repeat visits. Or to add to that, that its arrival comes at possibly the worst time imaginable. That its demise on the basis of active player-count is a matter of when, as opposed to if. Quite the opposite on all these fronts; for one, there’s still plenty of room for a few more alternatives in the PvPvE scene. Two — and more fundamental a point here — Hood genuinely has something promising going in its favor. And this, coming from someone who actively avoids online-centric, competitive multiplayer outings like the plague, take that as an even more emboldening compliment with what’s provided here.

Buried it may be beneath predominantly unsatisfying melee combat on a mechanical level, as well as a general mission progression that at times feels at odds with its own intentions. That’s without factoring in the many symptoms of online connectivity woes, the present state of a game sorely lacking in content and worst of all, how the community itself has “adapted,” putting it kindly, to the game’s interpretations on what constitutes as a match victory. One primary mode, four characters/classes and five maps in a release whose bevvy (or lack thereof) of substance quickly loops back in on itself with a solitary objective-based mode that’s even quicker in laying out just how thin and loose the experience can get. Hood: Outlaws & Legends has many problems, that much is clear. Some more damaging to one’s personal enjoyment than others and in another light, had this been an utter failure, perhaps the sentiment would be to walk away and refuse giving the game a second glance.

And yet, I reiterate: there’s something here. Whether it’s the preliminary “phase” in each match that has you and your fellow three teammates sneaking through the map, albeit for the briefest of moments before it all truly kicks off, or the delightful tug-of-war the core PvPvE structure has wrought in its asking the player just how careful, or wild, they want to be for the sake of victory. For all its occasionally janky animations and questionable (again, a milder equivalent) hit-box detections between players on opposing sides, there’s still that satisfaction to cherish in the many emergent moments between matches. Baiting a group of AI soldiers so as to have them gang up on a nearby opponent. Likewise, fooling a lone player into an implied one-on-one, only for an ally — tucked away in an unforeseen corner — to suddenly emerge and initiate an instant kill one is rewarded upon sneaking behind a foe, AI or human alike. 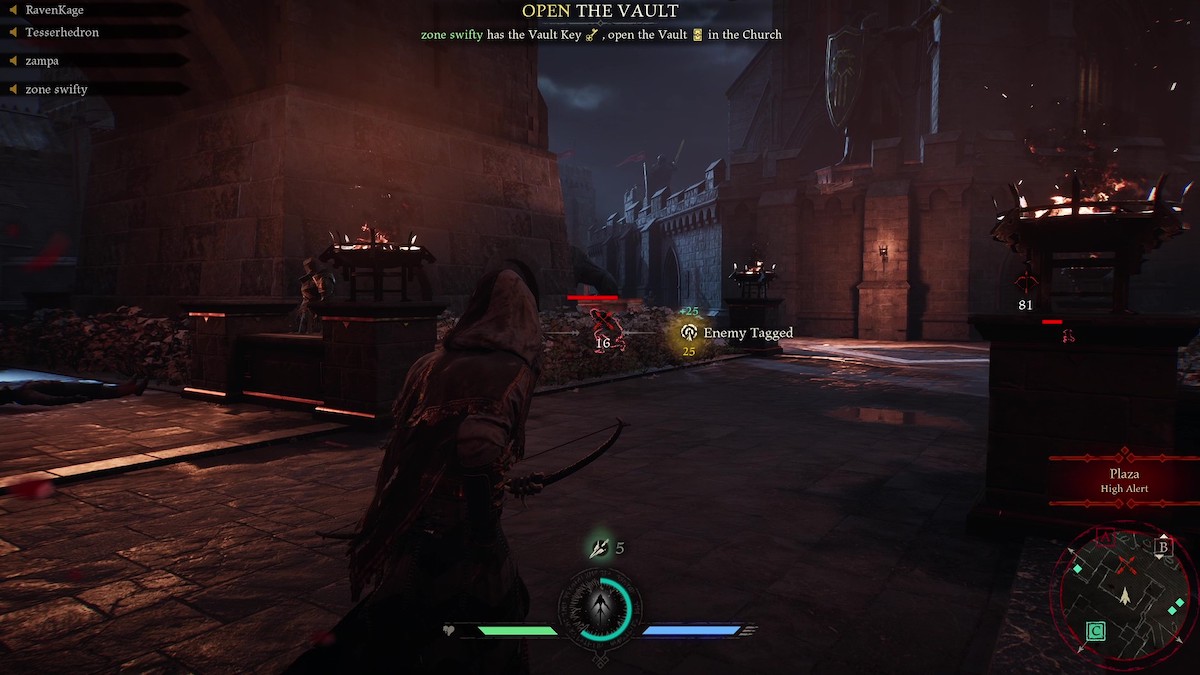 These kinds of small, standalone moments may not, on paper, sound or seem like they’d be entirely exclusive to a game like Hood. That similar build-ups and executions couldn’t so easily be replicated in another game, whatever its genre or however its mission structure may dictate player mentality. Likewise, in theory, to consider they are but the briefest of moments — when teams actually co-ordinate and decide to help one another out — I wouldn’t begrudge someone else to assume these opportune times don’t add up to much. The point is: for all its emphasis on stealth — the idea that battle, direct engagement, may not be the ideal way to go — that supposed move away from the precarious of competitiveness doesn’t actually negate the need to think things through thoroughly and methodically. Making such pivotal moments of teamwork that much sweeter. At the very least, Hood succeeds on that basis. And I’m not just referring to the simple fact that those who actually work as a team — players who communicate to one another and make sure to look out for one another’s back — will benefit the most from this style of play.

But even if you find yourself confined to that more lone wolf position, taking the time to farm for XP by marking as many enemies in one case, potentially taking them out seconds later. Hood: Outlaws & Legends still finds ways to test and trip-up if one isn’t careful. To broaden things to something a touch more than just a case of an allied group of four players taking on a fellow group of four players. It’s during each match’s first-half where perhaps the most enjoyment — where a lot of this deduction on how far you sway between teamwork and lone priorities — is to be found. So it’s disappointing then that the latter stages of most matches do sadly devolve into your run-of-the-mill Deathmatch/Domination-esque fight for supremacy, rather than anything that could be considered tactical planning. A major consequence of the fact that victory in Hood is confined solely to whichever team manages to haul the treasure at the final moment. 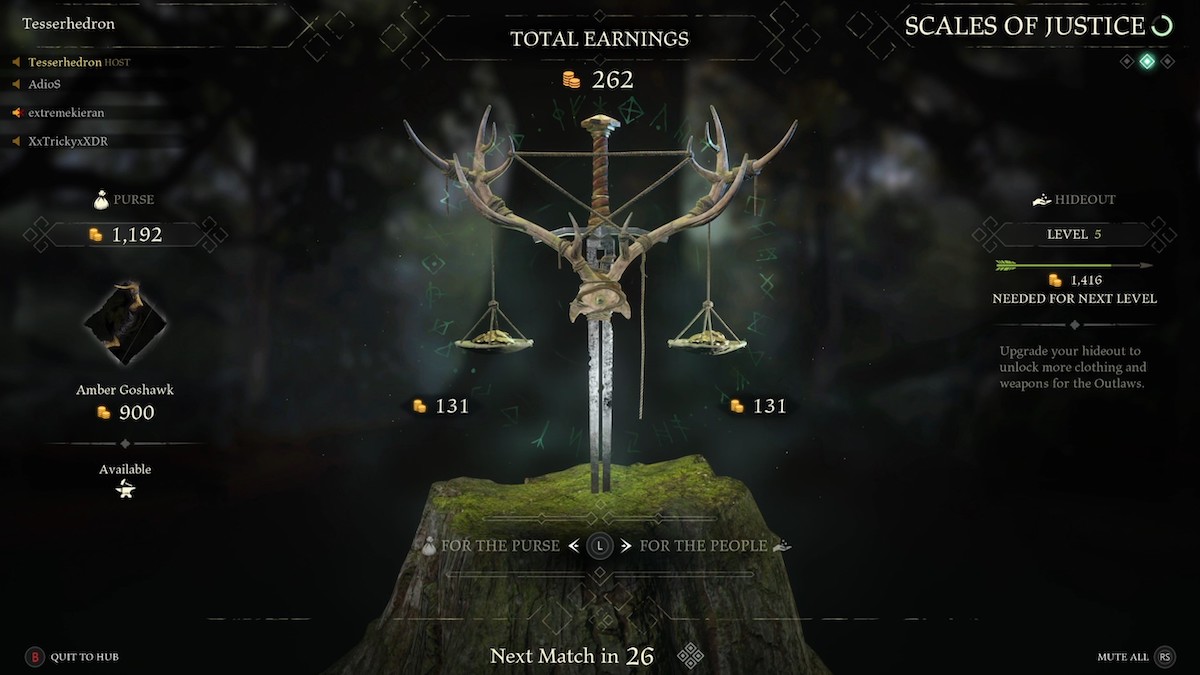 Regardless of the time and effort the other team might have put in seizing the key, extracting the treasure, guiding it to a desired location on the map and, putting it bluntly, doing most of the work for such a diminished return in rewards. The resulting experience of matches when it reaches this point, slipping too much into headless-chicken like behaviour — when the very concept of stealth is thrown completely out the window and players are mindlessly sprinting about. Spamming attacks, disregarding any and all AI foes nearby, even if that can work to one’s favor on occasion. Hoping the RNG back-end server gods bless them in that instance, to then receive a measly amount of gold at the results screen for all their troubles.

It also results in a great disservice to the map design in Hood — limited a selection it may be. As narrow and a little too reliant on bottlenecking players some may seem, there’s fortunately enough variety and possibility with how space and verticality too play a factor across pretty much all maps featured in the game. One interesting detail especially is the decision on whether or not to, for example, open locked doors or cut loose climbable ropes scattered about the map. Minor an element these bits of level design are, it’s another small but crucial decision players must make when thinking long-term about how matches can play out. Again, even if a vast amount of a map’s routes, floors and areas end up discarded during the final stages when it resorts so easily into beating each other up for kills. 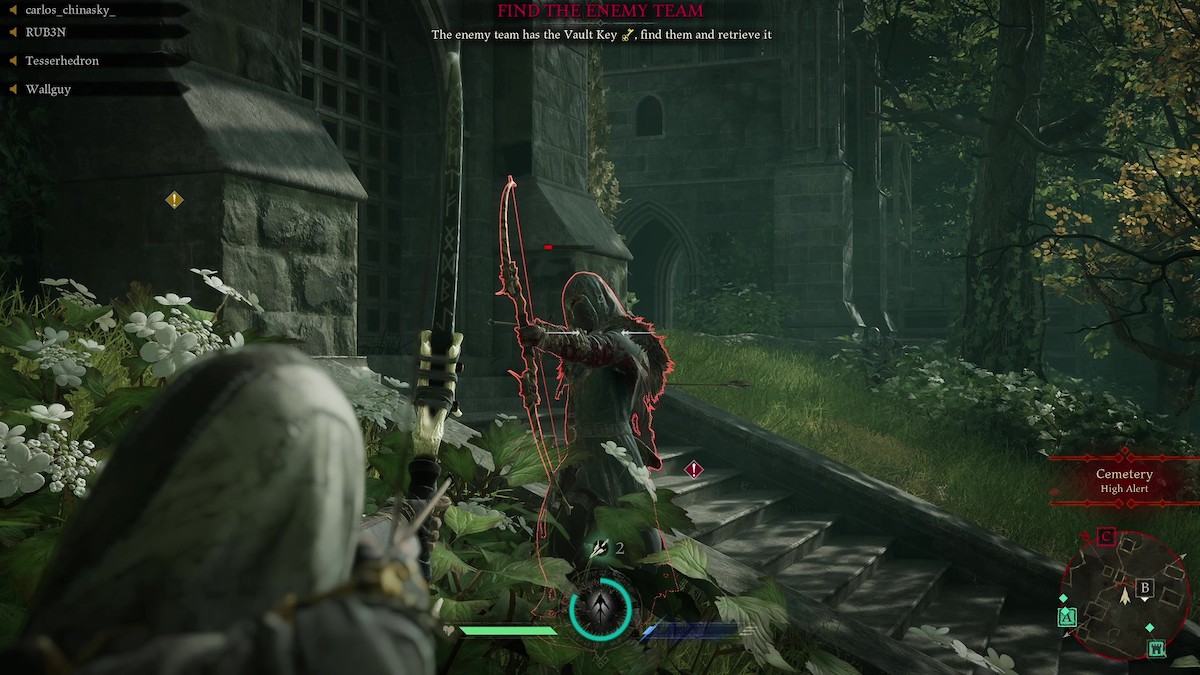 Time will tell if Sumo Digital can iron out the many creases prevalent in Hood: Outlaws & Legends. Providing that the early player-base is patient and/or willing enough to stick around for what’s coming. An already-difficult feat among online-multiplayer ventures, but one Sumo’s efforts here have only added to on top. But while this isn’t to excuse the game’s somewhat-woeful lack of content and back-end connectivity alike, persist through the bevvy of janky animations and far-from-fluid mechanics and what you’ll find is a PvPvE effort with a solid-enough vision — albeit one that hasn’t stuck the landing. The potential always there to flourish into a series of interesting little emergent moments needn’t requiring players of all backgrounds to forcibly funnel themselves into that most tactile of team mentality. There’s still a lot to do — so far as amendments to the overall flow, as much base content to warrant the grind to get there — but Hood: Outlaws & Legends has at least found a way to fit sufficiently, if not entirely successfully, into the PvPvE mold.