Massively multiplayer online games have been giving players a form of escapism to a fantasy life for decades. Historically, these games are not only enjoyable in their gameplay, but also served as a way to strengthen and form friendships. The upcoming game Palia from Singularity 6 is the studio’s first game and it’s more centered on that social element of MMOs. Going on raids is fun, but the goal of Palia is to create an alternate world that enriches the lives of the players and bring people together in a virtual community, where the player can create their own space and identity and feel like part of a community where they belong.

In Palia humans are a legendary race. By legendary, we mean that they vanished without a trace thousands of years ago at the height of their grandeur of civilization and mastery of magic. Players mysteriously awaken as human characters in a quaint village on the southern coast of Palia. This is where they will make their home and build a new future for humanity as part of a massive online community. Together they will uncover the secrets of humanity’s past through an evolving narrative that will fully unveil itself over the course of years. The world of Palia draws influence from many diverse games including Breath of the Wild and Minecraft. 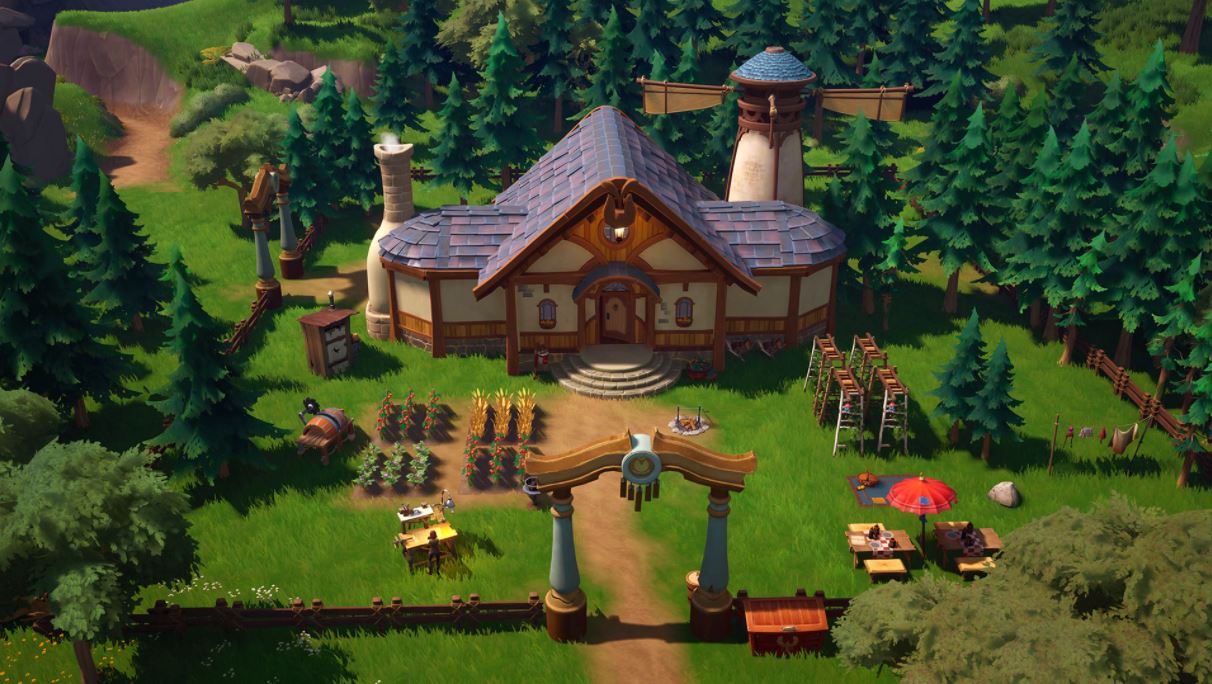 One of the major aspects in Palia is character self expression. Players will be able to create characters as unique as themselves with a variety of hairstyles, skin colors and fashion choices by mixing and matching different components and making changes with the color palette. In addition to being able design their character to their individual specifications they will also receive their own plot of land. The player will able to customize the inside and outside of their home and show it off to their friends. There will be over 1000 decor items available at launch with more character and home customize items rolling out as the game continues to evolve.

Palia’s format strives to combine the welcoming feel of a community sim with the massively multiplayer online experience. The innovative social matchmaking system makes it easy to stay in contact with friends and neighbors regardless of what serve players are using. Palia uses a Neighborhood system, which is comparable to the guild system used in other MMOs but more in line with it being a beautiful day in the neighborhood. Palia is a place where friends can go on adventures together, exploring the world to see what secrets it holds and unravel the mystery of why humans disappeared. It’s also a place where you can bring your friends back to your place to show off your garden, kitchen, bug collection or big game hunting trophies.

Palia’s high fantasy world is coming to PC at a to be determined date with a pre-alpha coming this summer. Palia is a game that can be enjoyed as a solo experience but is really meant to be enjoyed in a community setting, where players are not only creating their own personal space and individual character but also exploring the world together as part of a larger community.