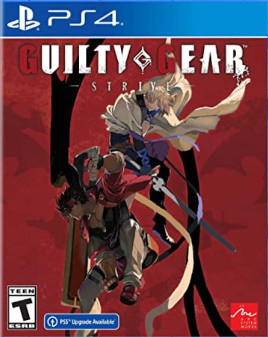 Guilty Gear never enjoyed the same level of name recognition that some other fighting franchises received, but those who are familiar know why it has endured for over two decades. The series is known for its unique character designs, top notch animation and exceptional fighting mechanics. Plus peppering the game, lore and characters with heavy metal references doesn’t hurt. Guilty Gear Strive does show the series has some Street Fighter type numbers, as it’s the seventh mainline entry in the series and 24th Guilty Gear game overall. Guilty Gear Strive brings back many familiar elements that made the series successful, but also attempts to reconstruction the franchise.

Guilty Gear Strive follows the events of Guilty Gear Xrd. The story is set up to conclude the story of Sol Badguy in American, during the term of the 67th president. One of the interesting aspects of Guilty Gear Strive is there’s a Story mode. Upon selecting Story during the first time starting the game, however, it was quickly revealed that it wasn’t a traditional story mode where the player fights a series of battles that help spell out the plot. Instead, this is a multi-chapter cinematic that the player simply sits back and watches advance. Not what was expected, but an interesting way to advance the plot. While the lack of a dedicated playable mode is disappointing, having a CGI anime to watch with a fantastic art direction isn’t a bad thing for those who don’t mind taking a movie break from their gaming.

Outside of the Story mode the rest of Guilty Gear Strive is what players would expect. There’s the arcade mode, which is taking a character through a series of battles until the final showdown with the boss complete with a modest difficulty spike. In addition to that the offline modes include local versus battles against another player, some training modes, versus CPU mode and a survival mode, where the player fights against a series of CPU opponents without full health recovery between matches. The training modes are located in the Dojo, which include a tutorial, free training mode against a CPU dummy and Mission mode where the player advances by completing specific tasks. It’s not the most robust assortment of single player content within a fighting game, but there’s a respectable amount where offline players can get a decent amount of enjoyment from the title. 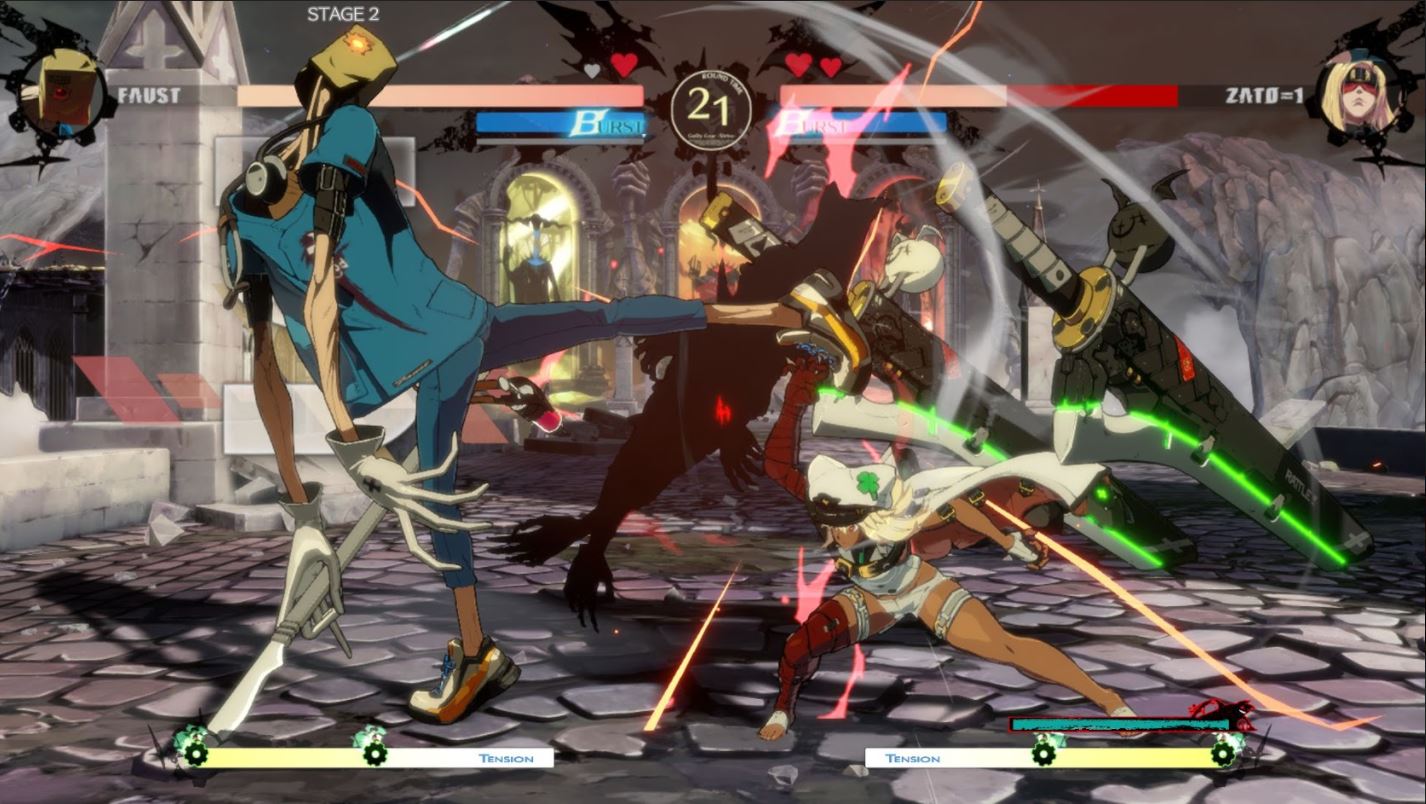 Online matches are probably where most devoted fighters will get the most hours from Guilty Gear Strive. After completing the required network tutorial the player will gain access to both online ranked matches to compete against Guilty Gear players around the world and creating their own rooms to play with friends. In proper Guilty Gear fashion, after completing the initial bout the player will be assigned a room based on their performance which are named after headbanger classics like Symphony of Destruction. This is done to put the player against opponents who have similar skill levels. The player is free to go to floors with higher ranked opponents to face a greater challenge, but aren’t allowed to travel to lower floors to pick on lower ranked players. Those who want to fight online but don’t want to have to worry about losing their floor ranking can leave the tower and go to park to fight unranked matched. The lobby is set up as an 8-bit mansion the player’s customized avatar can explore and challenge other players to a match or take a break and go fishing for cosmetic items.

Guilty Gear Strive will launch with fifteen characters and five more will be released as DLC with Season Pass 1. Guilty Gear vets will recognize Axl Low, Chipp Zanuff, Faust, Anji Mito, Sol Badguy, Ky Kiske, Potekmkin, May, Millia Rage, Zato-1, Ramlethal Valentine, Leo Whitefang and I-No. Two new faces join the roster. The first is Giovanna, a special operations unit officer who is accompanied by her wolf spirit Rei. The second is Nagoriyuki, a samurai vampire who can increase his own attack power by draining the blood of his opponents. 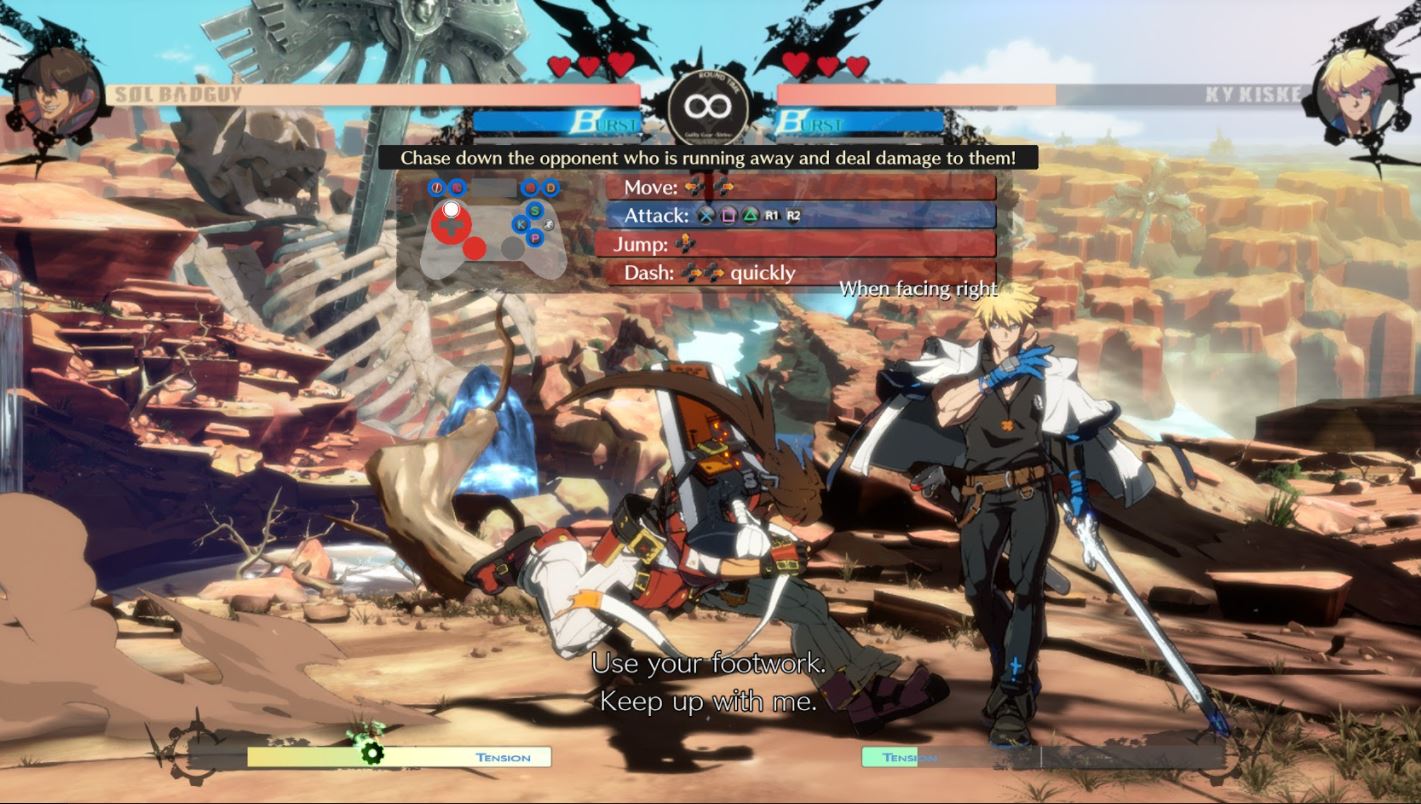 Despite a few missteps, Guilty Gear has been a strong fighting franchise and Guilty Gear Strive upholds the series’ legacy. The frantic action is a beautiful sight to behold and just as fun to play. Playing through arcade and survival are fun in small doses, but most of the fun comes from playing against other people. Some characters feel more intuitive than others, but the different training options in the game show the player how to master any of them. Mastering the game will take time and effort, and while the game is not without challenge, it wants the player to learn all the intricacies of each character.

Part of what makes Guilty Gear Strive great is how work went into the visuals. The character designs remain as aesthetically pleasing while being unique and distinctive from other fighting games. This is complemented by the stages, that while not only having creative designs, showcase great technical graphics. The stages are 2D planes but use 3D visuals, and certain elements like chains and flowing water almost appear realistic in contrast to the animated characters. Being able to break a stage’s wall with the opponent to travel to a new fighting location is a nice addition as well. The heavy metal soundtrack is the perfect accompaniment for bouts and some of the songs are worthy of being anthems for ’80s action movies. Despite being a fictional character, it’s easy to think Johnny Lawrence would agree that Guilty Gear Strive has a killer soundtrack. 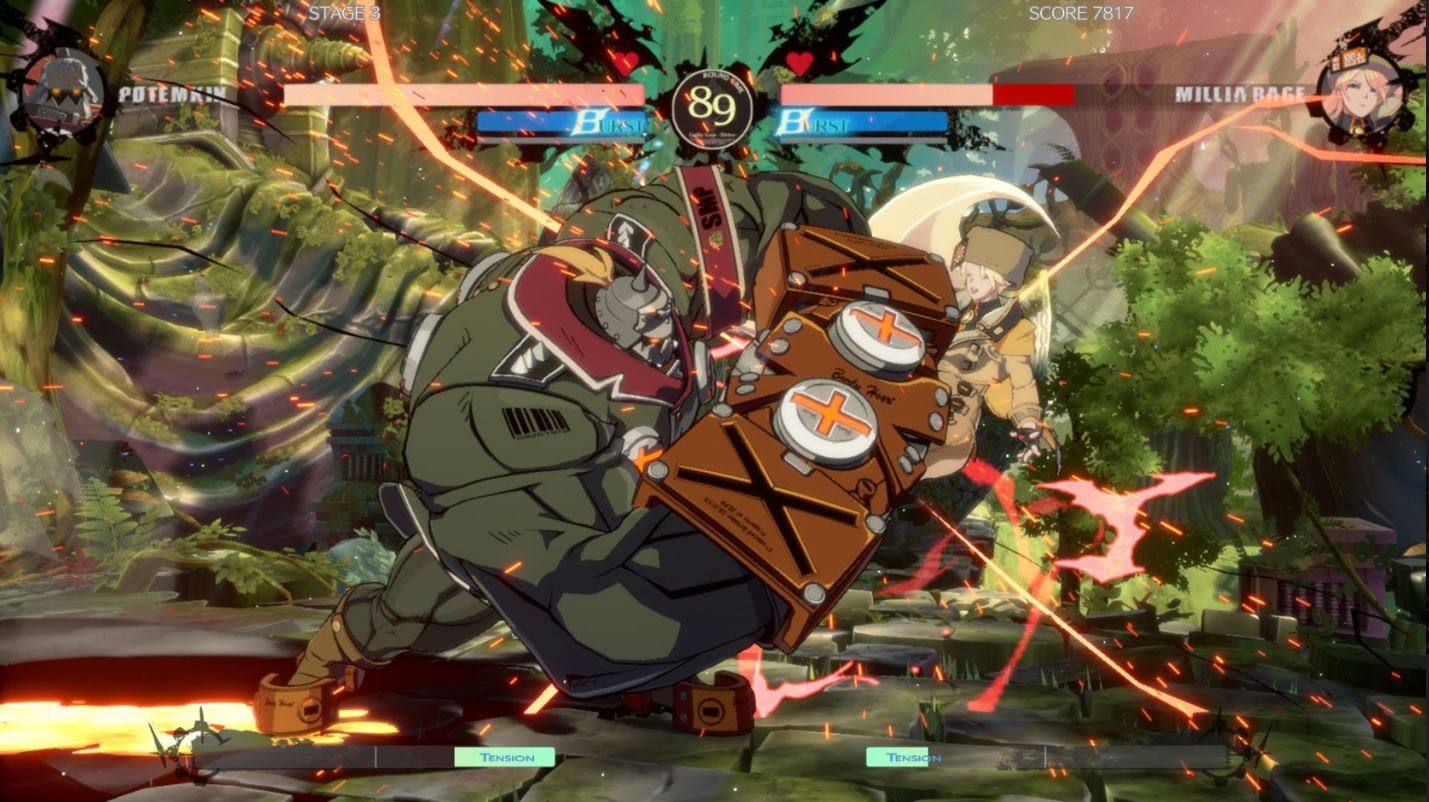 Guilty Gear Strive proves there’s still some fight left in 2D gaming. Between the gorgeous visuals, rocking soundtrack and highly-polished gameplay, Guilty Gear Strive delivers the total package when it comes to making a great fighting game and is one of the best modern 2D fighters. A lot of care went into making this a contender for gaining a strong online presence, but the developers also didn’t skimp on single player content. The cinematic approach to the story mode was an unusual choice, but something longtime Guilty Gear fans will likely appreciate the opportunity to sit back and watch the story unfold in a visually-stunning cinematic experience. Guilty Gear Strive makes subtle tweaks, but for the most part follows the formula that made previous entries great.