Since 2008, the No More Heroes franchise has been a darling of fans of the bizarre. The original game hit the Wii with a blend of not only vulgar humor, but a shockingly great use of motion control with the beam sword — making for something that provided a fast-paced adventure on a platform with few to its name alongside a more adult-oriented plot that blended violence and juvenile humor together nicely. It wasn’t a perfect game, but one that made a star out of its protagonist Travis Touchdown, while also allowing the player to customize his look as he rises through the ranks of assassins. He’s good at being an anime and pro-wrestling fan, but finds his true calling is ending lives. He did this well with a mix of suplexes and sword-slashes, and nicely used the Wii’s motion controls.

A later PS3 port improved the graphics and enabled the usage of the PlayStation Move controllers, offering up more accuracy. The PS3 version of the original featured a much more realistic-looking set of textures for Travis and his attire, while also using a brighter color scheme for the world. In making things look more realistic, some of the more catoony charm of using a modified cel shading technique was lost — so while the first game did technically look best on PS3, there was no definitive edition for both mainline games as the sequel didn’t get a PS3 release to bump up its visuals. In late 2020, both mainline MNH games saw a release on the Switch, which offered up an updated resolution and textures more in line with the original Wii releases of both games. 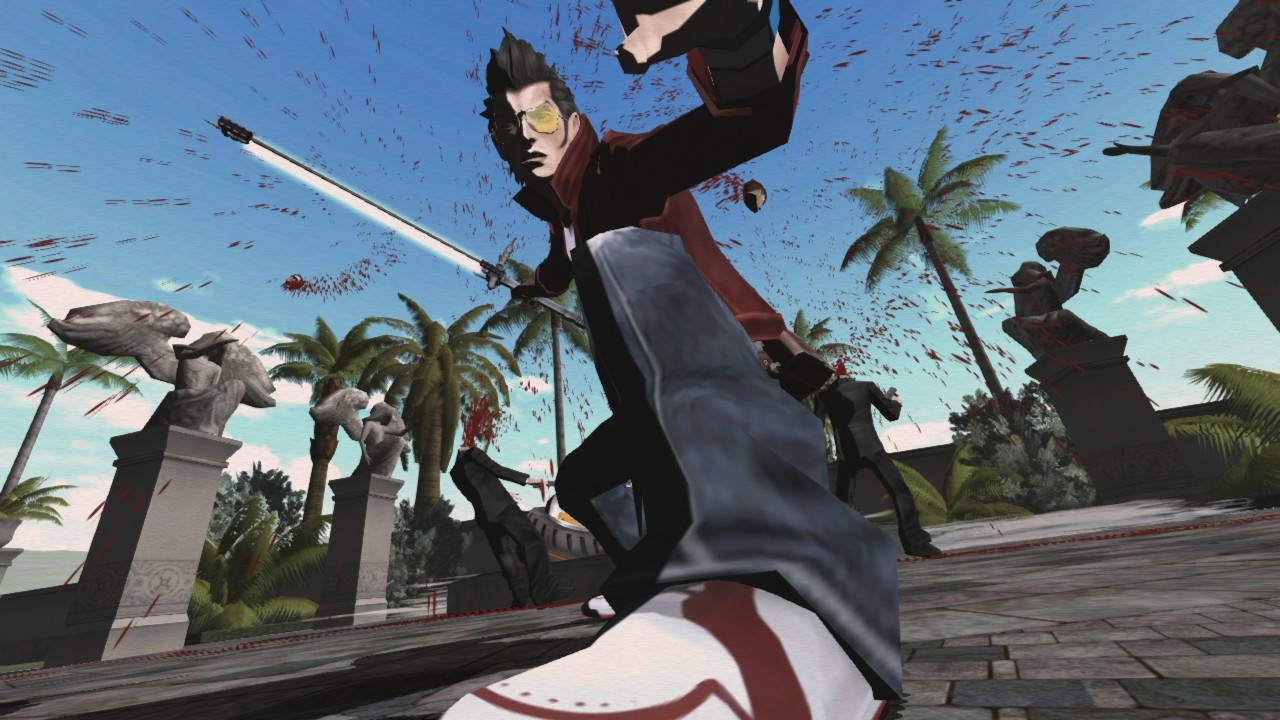 The Switch incarnations featured a mix of both controller and Joy-Con support, creating an experience that was much in-line with the original Wii release for those that wanted it, while also offering a more traditional stick and button setup for those who wanted that instead. The new PC ports require a controller and do not support keyboard and mouse, leading to a unique situation where we’ve got the best-looking modern version of the two MNH games out there, but also the most-restricted version in regards to controls. Over time, we could see this change as users may add in things like gyro support for the Switch Pro Controller, or gyro and touchpad support on the DualShock 4, but as it stands, there’s a normal controller setup for it and that’s it.

Now this setup does work just fine and for things like moving around the world and especially vehicle movement to traverse quickly, but it does seem odd to not have keyboard and mouse support included given that mouse movements could easily replicate the old motion controls and be more accurate at the same time. This is something that, like the lack of motion control support for pads with gyroscopes, will probably be fixed up over time, but it does seem odd to not have official keyboard and mouse support on day one. Movement is far better with an analog stick than it would be with a keyboard, but combat would feel more in line with the original release with a mouse. Still, both games do control just fine with controls and it’s easier to switch between all of your attack types using face buttons even if using the right stick for what would be waggle does take longer than it did before. 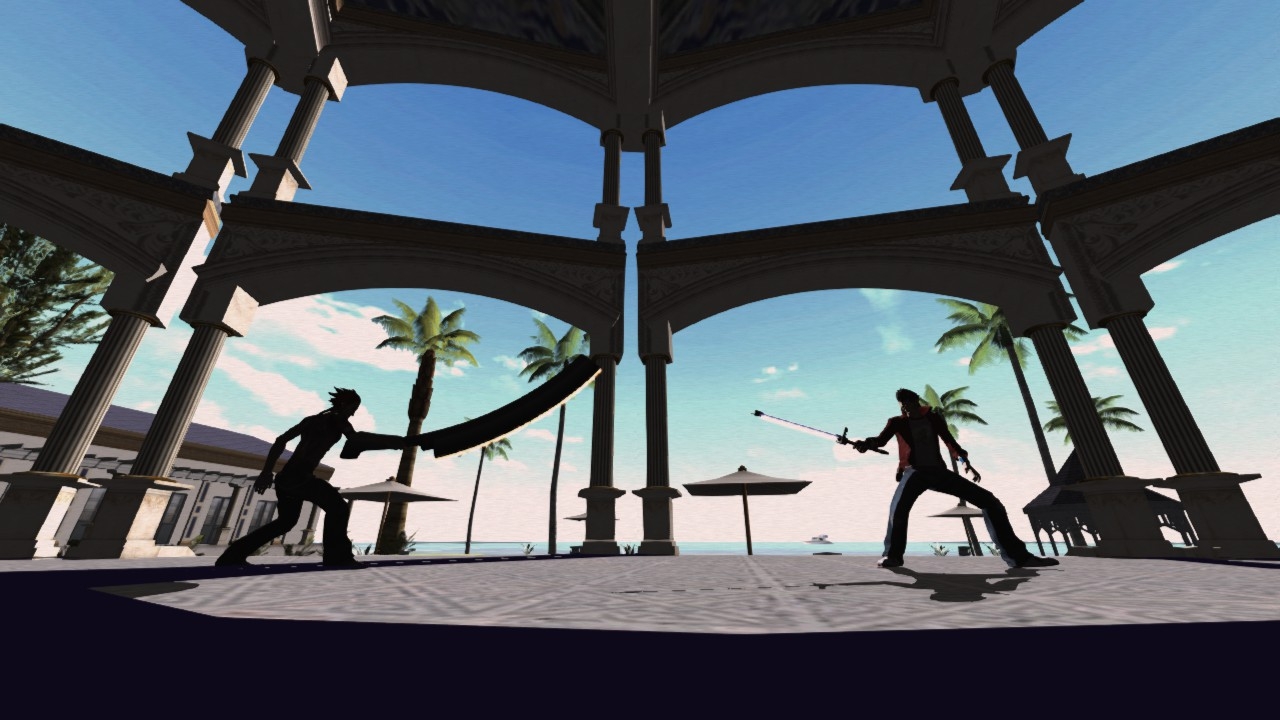 The PC version, at least at launch, is just using Switch assets for both games — so they’re rooted in the Wii version. Down the line, it would be nice to see an update where players can use the PS3 assets for the PC version. While the Wii/Switch versions of the assets are brighter, they do lack detail compared to the PS3 version. This is especially true for clothing details as things like Travis’ belt and jacket may have bolder colors with less detail being used, but there’s something lost when the PS3 version shows off so much more like the zipper lining his jacket or the texture for his jeans that isn’t retained for the Wii/Switch/PC textures.  The colors are bolder than the PS3 version though and both games play nicely with the controller-only setup.

Surprisingly, despite being AA-level games over a decade ago, the core concept of both games has held up nicely. The sequel features gameplay refinements with more robust combat and streamlines the somewhat bloated overworld. This makes for a far more efficient design and helps keep the focus more on combat and less on just trying to get from point A to B as fast as possible. This does come at the expense of being able to just explore the world at your leisure, so if you like absorbing yourself into the game world, you may find the first game to be more enjoyable while those wanting to focus more on combat will prefer the second. The second also has a lot more variety when it comes to mini-games — with vertical shooters and Famicom-style action-puzzlers featured to mix up the action. 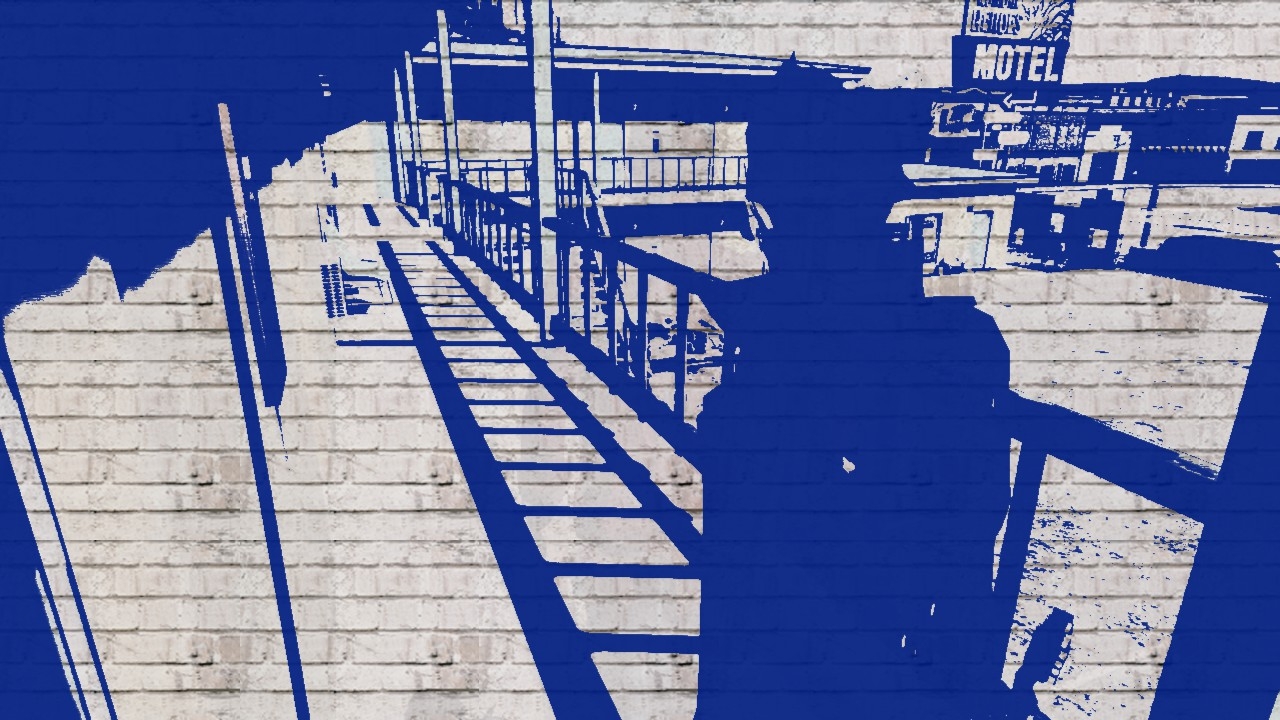 Both games provide a thrilling experience and might kick your butt at first, but it only takes a half hour or so of using the battle system to get a feel for the timing of everything. Once you get the hang of combat in the first game, the second game winds up being an easier experience. Both are also full of geeky humor, so anime fans will get a kick out of the absurdity of some of the situations, while fans of B-movies will get the tone right away. It’s made for folks who love either anime or ’80s schlock — and if you love both, you’re in for a bigger treat. The only thing that could make it more fitting is if Sho ‘Nuff from The Last Dragon was DLC.

Those wanting a fast-paced game will prefer the second, as it enables faster progress through primary missions and features more overall gameplay variety thanks to mini-games. If you have to pick only one game to buy, the second is probably the best one to choose if you want more fighting and less filler. The filler is itself a world-building method that works surprisingly well at making the in-game universe seem more real, however, so there’s something lost with the streamlining in the second game. It’s surprising that there isn’t a bundle deal for buying both, because having both at $30 would make them a no-brainer. The $20 price point for each game is solid, but beyond the resolution bump they might get later on, they don’t look better than the existing Switch version, which also features motion control via the Joy-Cons. If you missed out on the series until now, then the PC version is a great way to enjoy them and stands to be the definitive edition down the line if things like the PS3 version’s upgraded textures are offered for the first game in the future.