It’s always a touch exciting to go into a game with which you’ve had zero experience (or indeed knowledge) on prior. And by that I mean a title whose upcoming remaster/remake will bring it back into the swirl of current conversation — the intent to rekindle fans’ enjoyment of it with a few added bells-and-whistles, but also to intrigue those who sadly missed it for whatever reason. Reasons other than, god forbid, a dire backlog, but who doesn’t have one of those in this day and age? While the team may be more popularly-recognized for the Persona sub-series — arguably eclipsing the IP it originally spun off of, Shin Megami Tensei — a little-known title by the name of Catherine has meant Atlus can’t be so easily dismissed as a one-trick pony. Even if said trick of rich, memorable JRPGs, has proved more-than-sufficient time after time.

Naturally, Atlus have other efforts in their portfolio, but minus any and all mention of SMT, Catherine’s reputation as a surprisingly-effective puzzle game — spun in with a story intended to be seen as more adult-oriented — has long given the [original] 2011 title an air of bewildering mystery to those who missed the original boat on that release. A story-led puzzle-platformer whose latter aforementioned “puzzle” element surprised many by its difficulty? Surely, that wouldn’t be the case. To anyone else, the proposition sounds absurd. Even if Atlus are more than apt at carving out interesting, excellently-written stories where character is as much a focus as them, a game separated so wildly between social simulation-styled storytelling and pushing blocks? 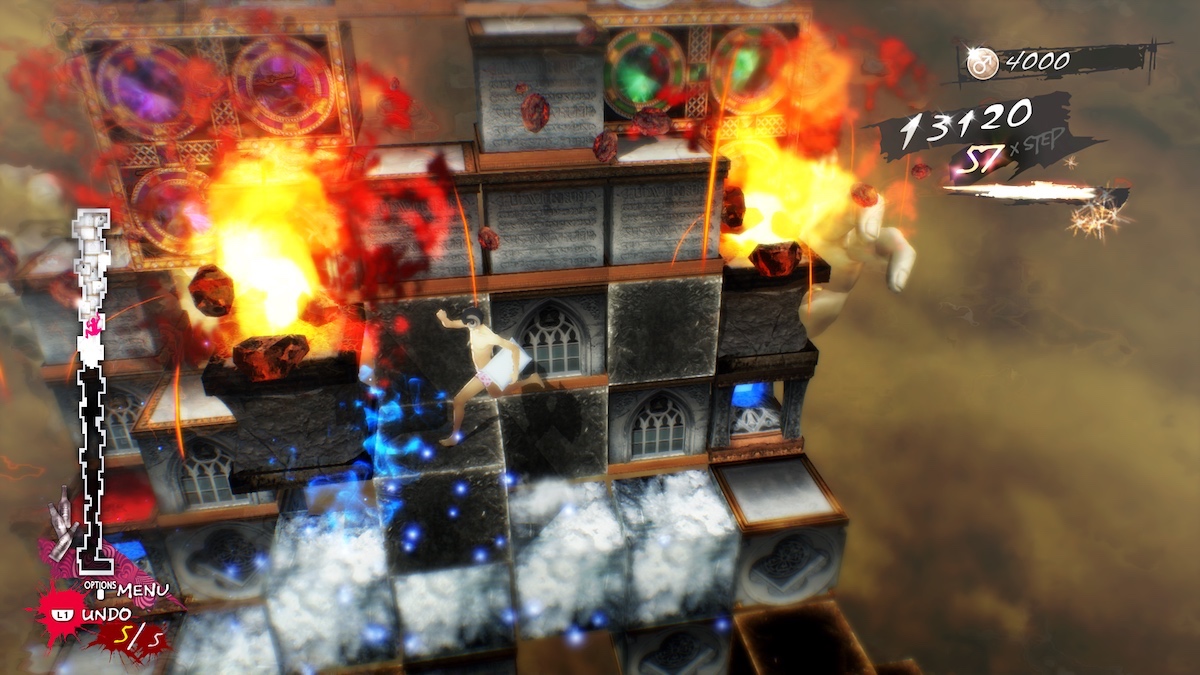 Of course, the puzzle genre has always had a knack for proving early, seemingly-dismissive feelings wrong — block-pushing isn’t as dull or as limiting as you may perceive — but the thing about Catherine, from the perspective of an outsider looking in, has been how you balance that with the kind of heartfelt storytelling that has given Atlus’ eclectic bunch of characters the love and appreciation fans still express to this day. Catherine: Full Body doesn’t go that same route. Instead narrowing in on the daily tribulations of one Vincent Brooks and his stressful antics of puzzle-solving in a supernatural world one second, and figuring out just where his faithfulness and romantic interests lie, the next. Even with Full Body‘s use of the same engine Persona 5 was built with, Full Body loses little of that startling shift from one gameplay premise to the next, and back again. The game’s block-pushing, tower-climbing antics are a lot more layered and tactics-adamant than you would so foolishly assume, but so too the supposed “down-time” segments are as intriguing, lighthearted and occasionally comical as Atlus’ writing can so often shine through on.

It’s surprising how long conversations centered around Vincent and his close-net group of friends — among one of the main “hubs” of sort, the local bar — can last. Yet never for a second does it feel that the duration isn’t warranted. Slight jabs here and exchange of banter there, right as Vincent begins once more to plunge into a moral crisis. The ever-persistent exaggeration of expressions Vincent shows may not always work or seem unnecessary, but playing through but one of the many moments of reflective conversation, it’s interesting to see this dynamic between gameplay and storytelling play out. That’s before we get additional characters such as the waitress Erica weighing in on proceedings and Rin — a new character exclusive to the Full Body release — eventually introduced. Hard as it is to comment on Rin (or Qatherine, as the full name would declare) and the character’s relevance or indeed impact on how the game/narrative has altered since the original release; the introductory cutscene and brief show in-game giving little away. 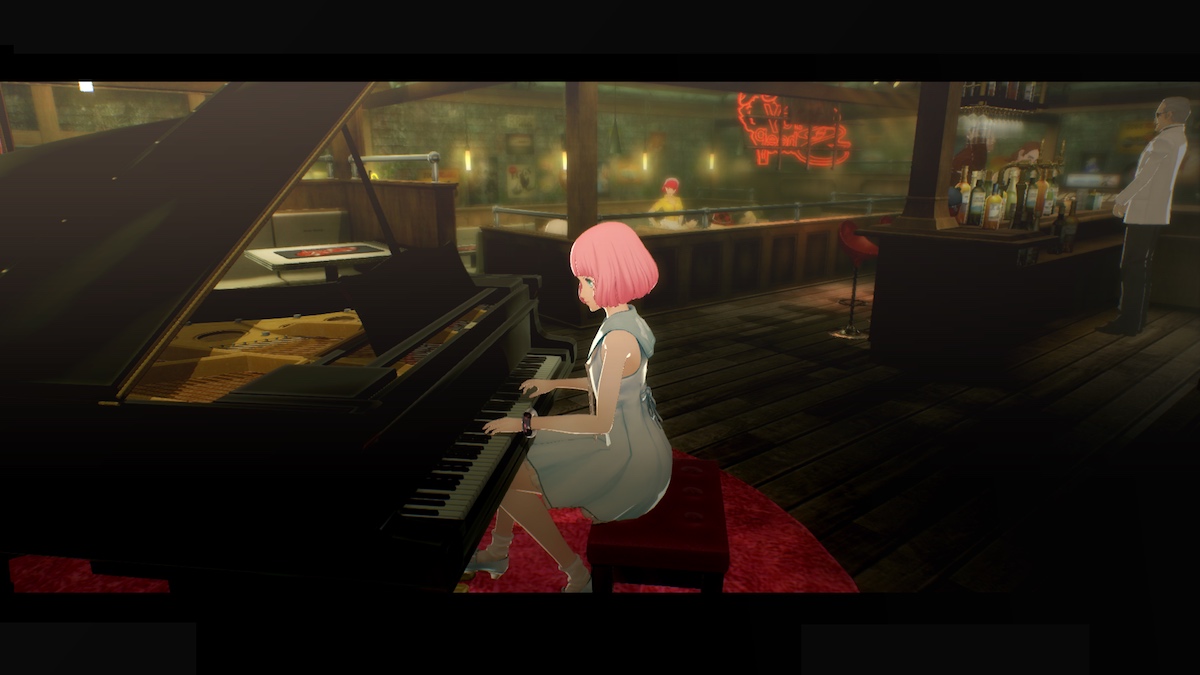 But Catherine‘s puzzle-platforming antics still, in the end, reaffirm that weirdly jarring-but-effective transitioning once the story shifts again to Vincent’s supernatural nightmares. Time once more for players to climb pre-determined heights of boxes. Additional collectibles like gold and even helpful items dotted about/around/behind certain parts of the towers — the temptation to stray off a pre-determined course of action, never too far away. In much the same way the peril of screwing up a route — leaving you without sufficient boxes to pull out or routes with which descending boxes can help create a staircase of sorts upward — potentially feels one, decisive move away.

For those who haven’t experienced the full scope of what the game offers, these two forms of presentation can indeed feel like two completely separate projects with characters simply being the middle-ground with which loosely ties them together. But given both “halves,” even from as meager a play-time I had, the pull and draw into either, proved effective enough to see where the story — as much one’s potential choices and interactions — will take events, both in the real world as much Vincent’s own world of nightmarish, block-based towers. Atlus’ fantastic, character-led narratives may play second-fiddle to gameplay here, but as it turns out, that’s no bad thing. Unfortunate enough to miss it eight years prior, yet eager for an iteration with a little more content to show, the additions on show with Catherine: Full Body provide the best opportunity to see why Atlus’ unusual diverging from their former JRPG success worked as well as it did in the first place.