As someone who doesn’t play too many mobile games, I assumed Granblue Fantasy was some anime that was being used as source material for a fighting game. Turns out it’s a 2014 mobile JRPG featuring Hideo Minaba as art director and Nobuo Uematsu as composer, which naturally draws comparisons to classic Final Fantasy games. Granblue Fantasy: Versus is an upcoming fighter set in in the world of the RPG, developed by Arc System Works, famous for BlazBlue and Guilty Gear, and will be published in North America by XSEED. Learning about the source material and seeing Arc System Works as the development team caused a sudden pique in interest with this title.

Set in the world of Gradblue Fantasy, this is a world where adventurers traverse the world on airships and floating islands. Five of these characters were available in the demo, each one bringing a different fighting style to the arena. The available fighters included Gran, the main protagonist of Granblue Fantasy, who is accompanied by the mysterious Lyria and his winged companion Vyrn. Joining him are other fighters such as Katalina, an ex-imperial knight who still follows who sworn oath; Charlotta, captain of the Lumiel Order of Holy Knights; Lancelot, a dual-wielding master swordsman who understands that two swords cut better than one; and Ferry, a ghost who fights loneliness with his spectral pets and fights his opponents with a whip. These five characters are but a sampling of the yet to be revealed roster. 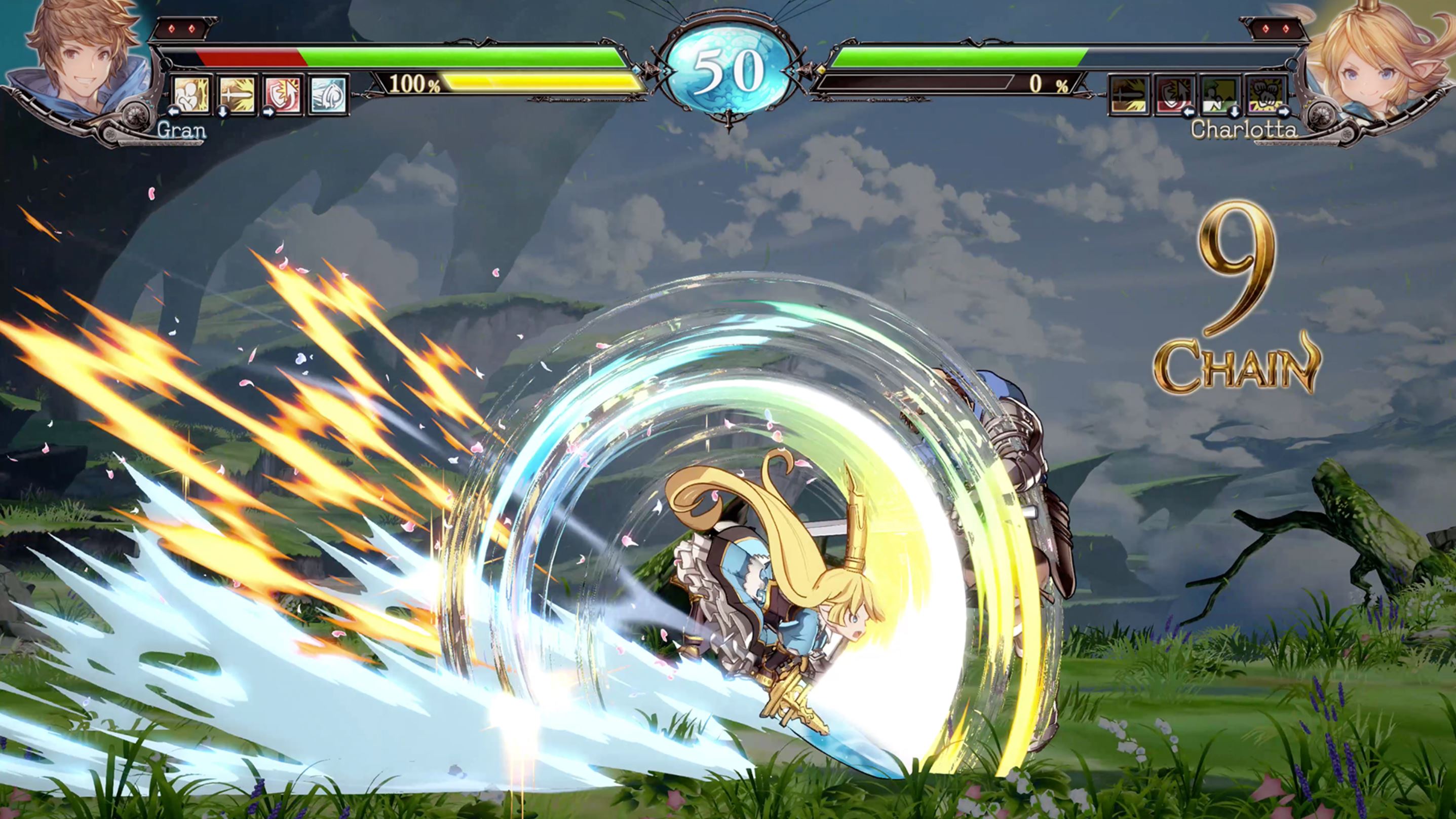 Granblue Fantasy: Versus had a fighting system designed to be accessible to all skill levels. There is an extensive list of special moves and combos that will take hours of training to master but there are some beginner friendly options to make pulling off impressive and powerful moves easier for newcomers. You won’t be able to pick up the controller and master all the nuances in a couple fights, but the mechanics are approachable enough where you’d have a fighting chance. The smooth gameplay set over the 2.5 anime-inspired visuals indicate this title is being made with the same meticulous care in creating a memorable fighting experience we have come to expect from Arc System Works.

A few fights is all we had time for at E3 but that was enough to convince us there is potential here. The animation during the fights were fluid and flashy enough to be eye catching but not too flashy to distract from the action, kind of in the vein of Street Fighter were it reaches just the right balance between everything. Each of the characters that we had time to play felt different from each other where we got the impression each character would need to be studied individually but balanced enough where everyone had a fair shot at victory. Not too many details were available about what different game modes or single player campaign will be featured, but it will boast online and local multiplayer. 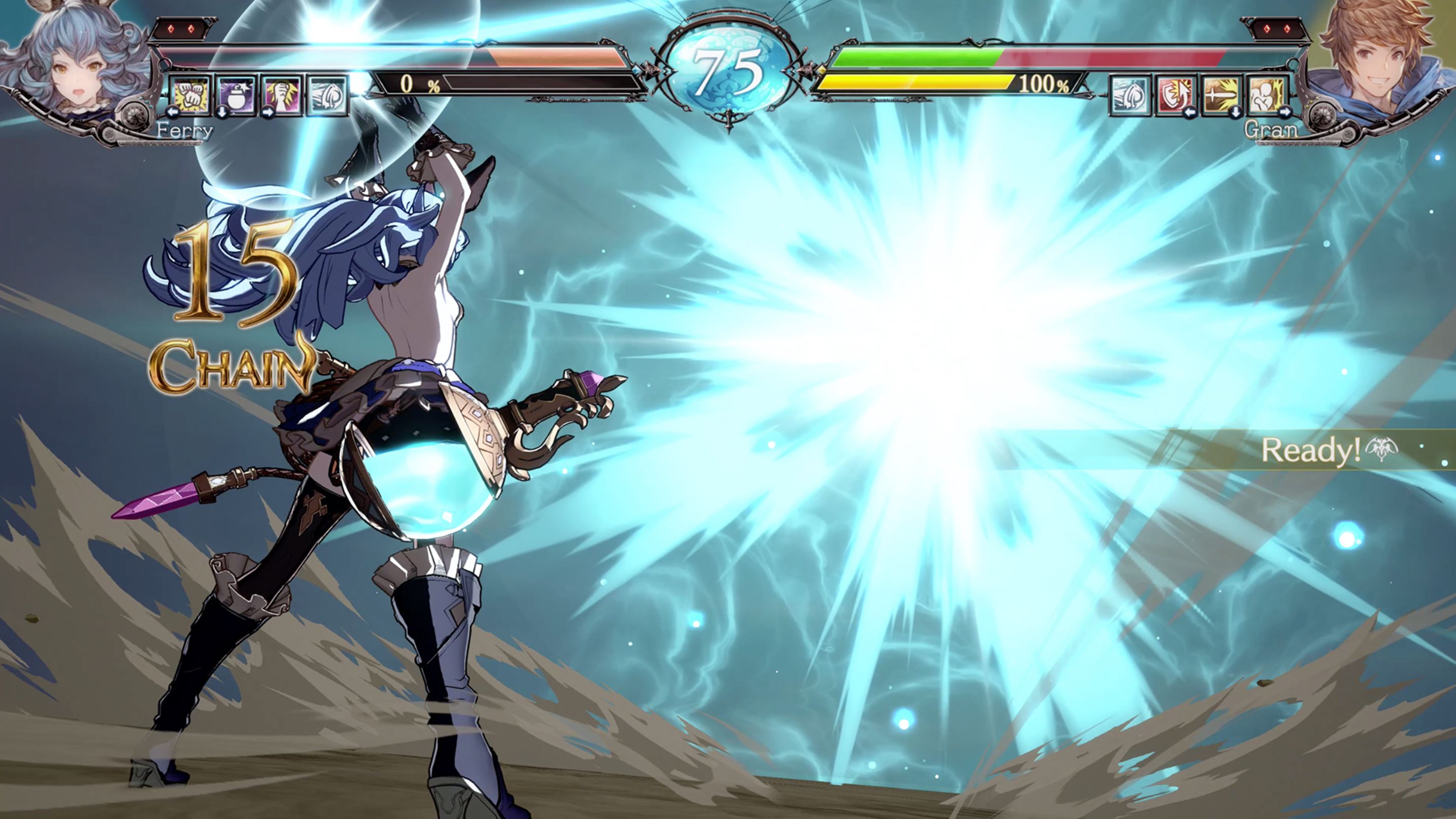 Granblue Fantasy: Versus is a surprising title and a pleasant one. A mobile RPG being used as source material for a fighting game seemed unlikely, but from what we’ve seen so far this could end up being a worthwhile entry in the Granblue Fantasy universe. This title has been announced as a PlayStation 4 exclusive with no release date scheduled.