At this point, Mario & Sonic Olympic games just seem like an eventuality. It wasn’t that long ago that the mere concept of this series was a total shocker, however. Mairo & Sonic at the Olympic Games launched in 2007 for the Wii and DS. Since then, we’ve seen more titles in the series to coincide with Olympic events. The last in the series was Mario & Sonic at the Rio 2016 Olympic Games for Wii U and 3DS. With the next event around the corner it’s now time for the series to re-emerge with another title.

This is of course Mario & Sonic at the Tokyo 2020 Olympic Games. It will be the first release in the series for Switch and brings with it a host of new minigames to enjoy. The highlights they showed off during E3 2019 include surfing, skateboarding and karate. There are actually other new sports as well, but they’re not revealed just yet. Of these three new modes, skateboarding and snowboarding come across as quite similar. 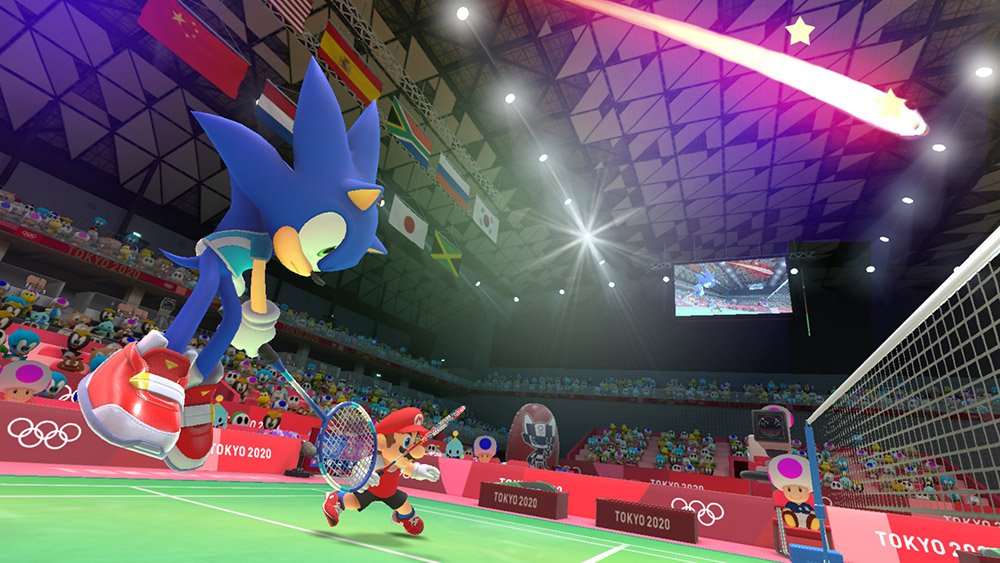 The gameplay of both tasks players with performing tricks and doing so with perfect timing to build a super meter. Once maxed out, players will begin doubling their points with combos compared to their normal value. Your goal is to rack up more points than your opponent with a few minutes on the clock. In both minigames the Joycons can be used to perform moves using a combination of motion controls and timed button presses. Hate motion control? It’s also possible to swap the controls so they only rely on button presses and analog stick movement.

Karate is quite a different event for the series. It takes place from a 2D perspective with two characters facing off against each other. As like in actual karate, it’s based on countering and knocking the opponent down to succeed. This mode also provides the unusual fun of seeing your favorite Sonic or Mario character in a gi. Well, except for Bowser who is apparently too big for one and just wears sparing guards.

Mario & Sonic at the Tokyo 2020 Olympic Games can be played solo, but it’s probably the most fun with a friend or two. Local play maxes out at four players, while online play maxes out at eight. With that said, there are some mini-games which only allow for two player gameplay. You’ll be able to get your hands on it this November, ahead of the actual Tokyo 2020 Olympic Games.