For years, 505 Games have been giving smaller developers the opportunities to showcase their unique games. Games like Abzu and Assetto Corsa have really taken off because of the publisher. A new game looks to grab gamers’ attention and at first glimpse it might seem familiar. And open-world game set on a mysterious planet with strange creatures sounds fairly enticing, but the hook comes when you realize how lighthearted the game is. Journey to the Savage Planet, by developer Typhoon Games, brings in tons of dry and campy humor and seems to blend a lot of elements from other games together to make this game stand out.

The first thing that everyone will notice is the visuals. The look seems akin to No Man’s Sky, but it’s much more vibrant and diverse. The world is full of different creatures and some are rather cute. If you get close to them, this can prove to be a different story. You almost feel bad for shooting them. Journey to the Savage Planet’s lighthearted approach includes a ray gun and while these creatures will splatter, the idea of blood is replaced with green ooze. The idea is to scan these creatures to figure out what they do or what they are. This is where the humor starts to come in.

Playing the game at E3 2019 was a treat mainly because Journey never took itself too seriously. On top of that, you do actually get immersed into its world. It plays in the first person and even includes puzzle solving to get to your mission objective. Scanning specific items can also help with the puzzles. The dry humor just completes it all. Your hub is a spaceship that is engulfed with 1980s sci-fi attire. Everything from reading emails to creating your character will have you laughing. The stock photos for creating characters may be one of the funniest aspects we’ve ever seen in a video game. 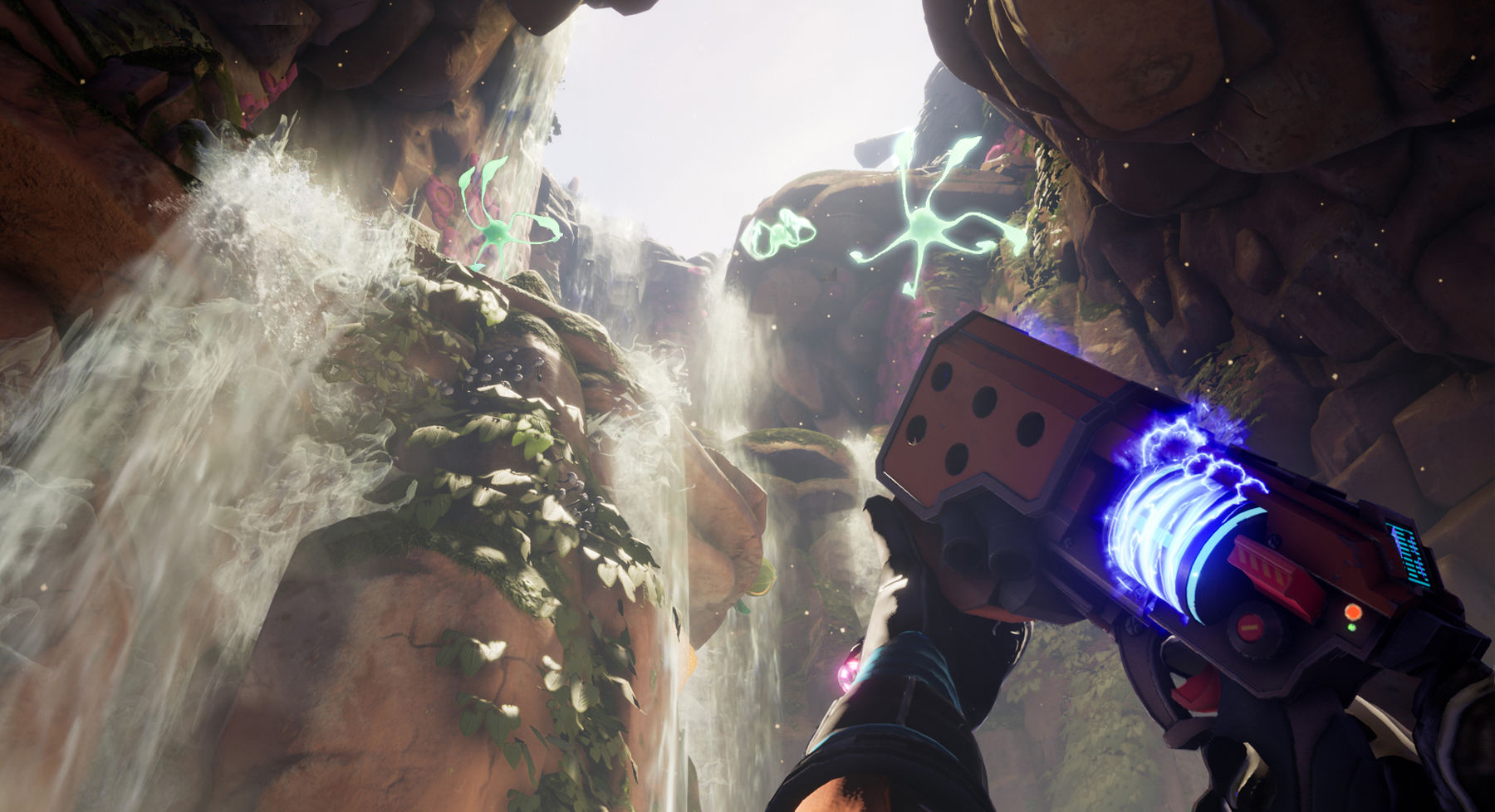 Having mentioned prior that there seems to be a blend of elements from various games, they all blend well together. Besides No Man’s Sky, we feel the various terrains and the humor feel derived from the Borderlands series and the creature implementation feels like its pulled from Monster Hunter. It almost feels like any area of the map in the game is achievable. We found ourselves thinking outside of the box in relation to getting to certain locations. The jetpack certainly helped. Your player will also level up and unlock more perks.

All in all, we spent about an hour with the Journey and thoroughly enjoyed the experience. The world looks fantastic and that’s just the area we played in. The trailer shows off varying terrains and locations. This is Typhoon’s first game, as Creative Director Alex Hutchinson comes from Ubisoft Montreal. Journey to the Savage Planet will release on PlayStation 4, Xbox One and the Epic Games store on PC in early 2020.