Originally a Sony owned developer, thatgamecompany has created some of the most jaw-dropping indie titles of the PlayStation 3, with Flow, Flower and Journey. While these titles have eventually made their way onto other platforms, the studio has remained relatively quiet over the past seven years, hard at work on their newest title. The American developer did make an appearance at an Apple press conference back in September 2017 to reveal their newest title, Sky, a mobile adventure set in a land of floating islands. thatgamecompany then returned to radio silence until earlier this week, when the team happily revealed an updated title, Sky: Children of Light, along with new details and a release month for the first platform this upcoming adventure will release on.

Unlike Journey, which only featured one other partner you could play with no name or indicator of who they are, Sky features eight player multiplayer, emphasizing the power of playing games with known and unknown partners. Interestingly, there is no way to name your own character, although you can provide nicknames for other players as easy ways to identify them beyond their style. With no public ways of chatting, communication can be acquired right away through playing with others locally, or can be unlocked with remote play by spending lots of time and providing gifts to a specific player, after which both players must give their consent to talk with one another. 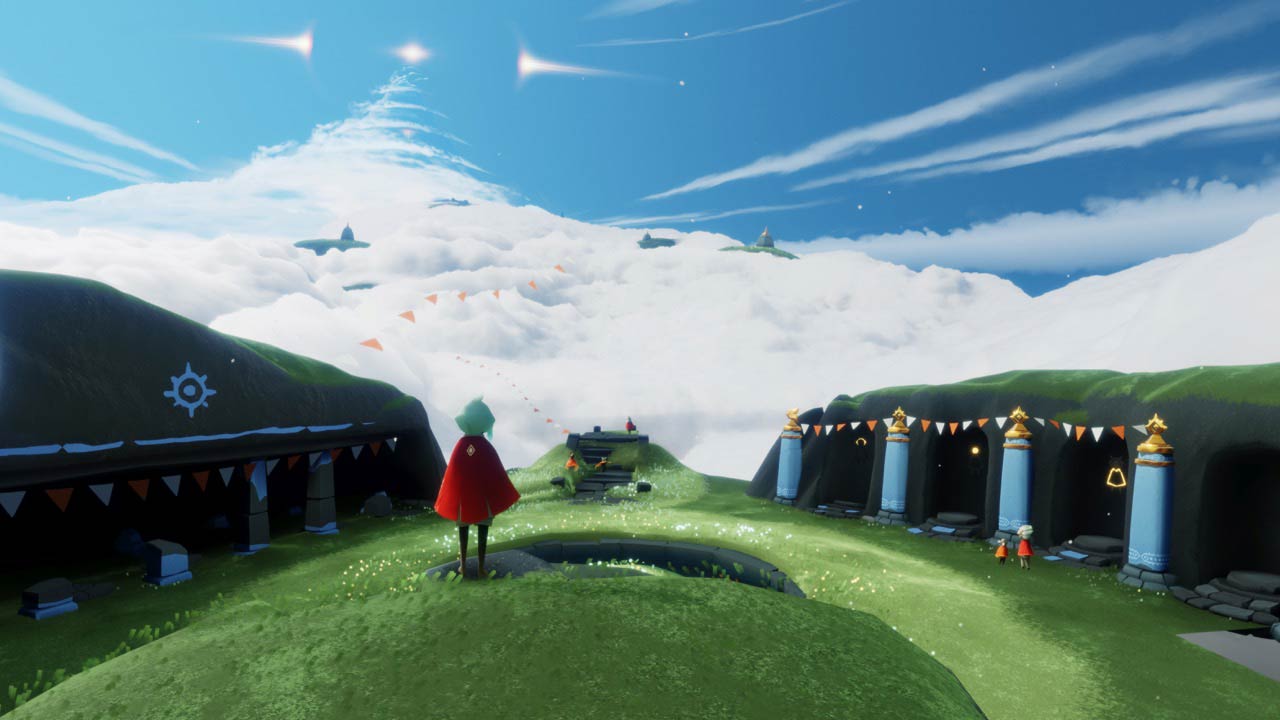 The goal of thatgamecompany has always been about exploring new emotions not present in the gaming industry, in an attempt to continually expand its audience and reach. Releasing their newest title on mobile to start also deals with this goal of accessibility, as the game is free-to-start and can reach a much wider range of players on mobile platforms. In-game gifts are the only planned mechanics that require real-world payments, as a way of improving your relationship with other players. Sky is planned to offer plenty of small vignettes and longer arcs, allowing for both quick sessions on the go and longer bouts of play, but whichever way you play, the presentation is truly impressive, as you soar through the skies and see incredible views in front of you.

thatgamecompany continues to put a large focus on breaking new grounds for the gaming industry, and their latest title looks to be a welcome return for the acclaimed indie developer. Sky: Children of the Light is set to launch next month on iOS, with Android devices, PC and consoles to follow in the future.