Zombie shooters are abundant on the gaming market, but there isn’t a superb amount available in VR. Rather than just making another zombie slaughter, the team at Vertigo Games are looking to offer something different. After The Fall will be quite different than the developer’s previous title, Arizona Sunshine. After The Fall will offer cooperative gameplay with up to four players fighting for their lives in a post-apocalyptic Los Angeles. The catch is, this takes place in 2005 and the world is in an ice age. We took some time to discuss the game and its concepts with Game Designer from Vertigo Games, Nick Witsel.

The concept of After The Fall will rely on its story. We discussed the concept with Witsel and asked the idea behind it. “Where Arizona Sunshine is a very grounded post-apocalyptic experience, we thought well what if it wasn’t ground and what if it was extreme and explosive and you’re an action hero instead? We also thought what if it took place in an alternative timeline where everything went to hell in the 1980s. So, in other words, a game where you play as an ’80s action hero in an ’80s post-apocalyptic movie.”

Gun mechanics will feature upgrades in After The Fall. The concept doesn’t involve looting, but rather a gradual increase in weaponry. At the same time, with the multiplayer mechanics, there will always be a purpose for a weapon of any level. Witsel had this to say about the gun mechanics and upgrades, “I would not describe this game as a game where you would spend thirty hours grinding for a gun that looks exactly the same but has different stats. The purpose of the upgrades is they all feel meaningful. Another important aspect about After the Fall is that all level or low-level players can play together. So, it won’t be as though you’ll end up doing ten times or a hundred times the damage. The ranges will be smaller but will still feel impactful. The main flow of the game will be when you start the game, you enter what we call the base camp. It’s basically a central hub where players all over the world can meet each other at the same time in VR. From there, you can form parties and go and do some missions. The main mission involves more story content and the side missions are more about the action. Doing those side missions will land more resources at the end along with blueprints. These can be used to add modifications to your guns or craft new guns or weapons. Cooperative play supports up to four players in VR or you can play the game by yourself. It’s a fun experience alone, but more fun with friends. It will also be drop-in and drop-out in multiplayer.” 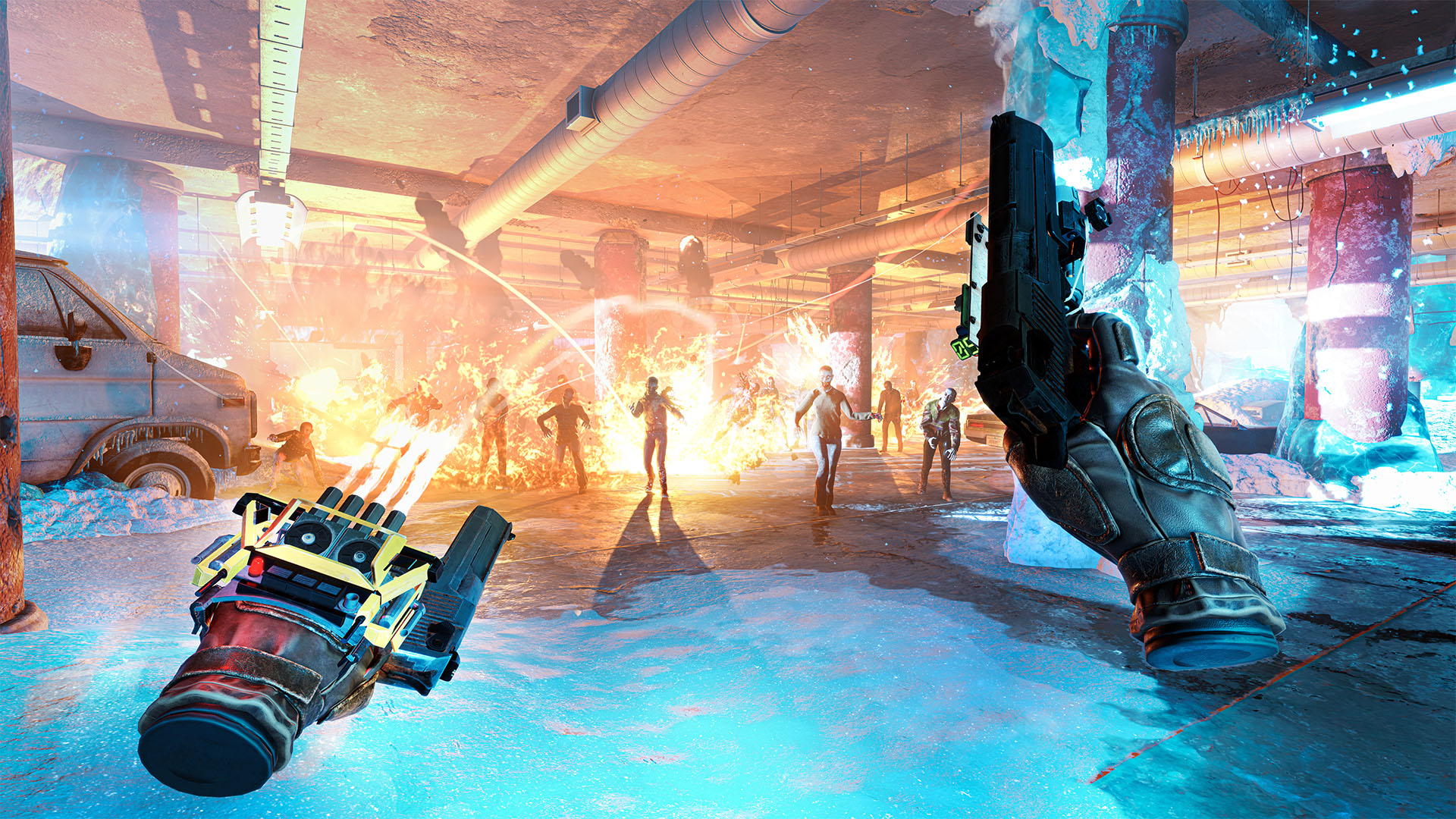 We also discussed how far along Vertigo Games was with this game and what the goals were. In terms of release date and platforms, the game is still early on. Witsel stated, “We are aiming for 2020 release. Our goal is to get as many people with VR as possible to play this game. I can’t say anything specific about platforms yet. Right now, we have Steam and Oculus. With where we are in development, I cannot say. What I can say is this is the largest game we’ve ever built. We are still in the process of making enemies. There will be a lot more variants of the enemies. Smaller, ranged and colossal enemies. So it’ll be big.”

After The Fall features a unique scenario thanks to its story and we picked at Witsel’s brain on why they went this direction and what made the team go this route. “There’s a few things,” Witsel stated. “One was to make it feel like an ’80s action movie. So that made sense. Back in the ’80s they were experimenting with drugs. The idea is that the enemy that you fight are a direct result of that experimentation. You will explore how they got to that state. Escape From New York, Terminator and The Thing were all influences on this game. I was born in the 90s, but raised on 80s movies.” 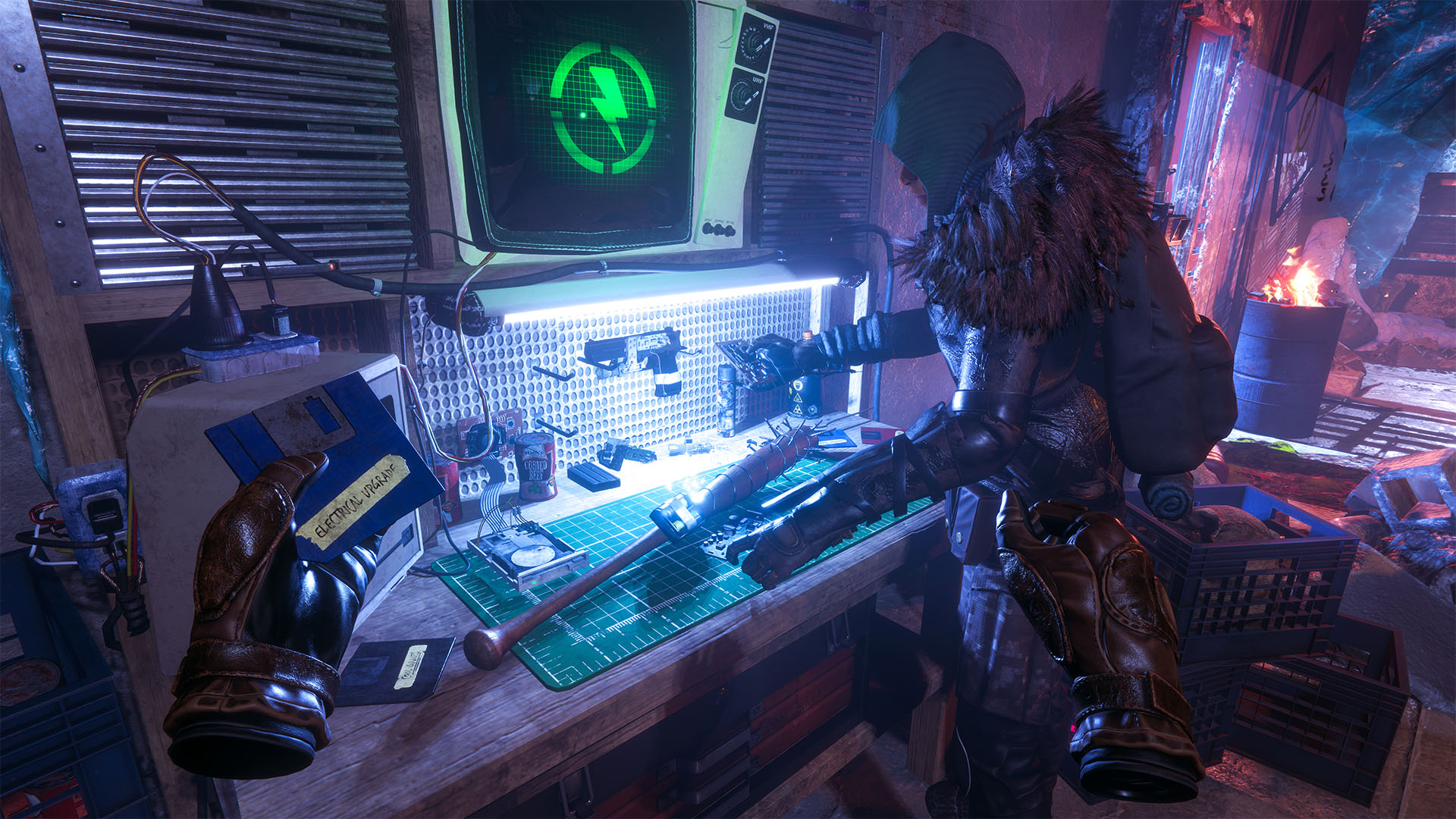 Our hands-on demo with After the Fall at E3 2019 was entertaining. It is true that the game will be fun going through solo, but it is a lot better playing with other people. The demo had us in Los Angeles eventually going through a shopping mall while the entire environment featured snow, ice and zombies. Luring groups of zombies together can be a blast if you have the proper secondary weapon available. The world is dark and bleak while the game is fast paced. The synthwave soundtrack really completes the 1980s vibe that Vertigo is trying to create with After The Fall.