For the past decade, the Trine series has crafted some of the most gorgeous-looking puzzle-platformers on the market. The first two games were master-classes in side-scrolling platformers, while the third tried to mix things up with the addition of the third dimension. The fourth entry takes things back to the side-scrolling setup of the first two and evolves the level of puzzle solving from the norm. The Trine series has always been a fantastic gateway series for those who love side-scrolling action-platformers, but don’t always like puzzles. Here, the puzzles are more logic-based than they are in other games — including past Trine games.

Getting something like a flower to grow may require not only light, but water as well. Beyond that, you also have the ability to choose between several different characters. Some are better at short-range, while others are better at long-range attacks. You can switch between any character in real-time — so you will always have the ability to solve a puzzle in case it requires a certain character’s weapons or skills to solve. This aspect is similar to something like The Lost Vikings, only with a fantasy setting akin to many storybooks or fairy tales. 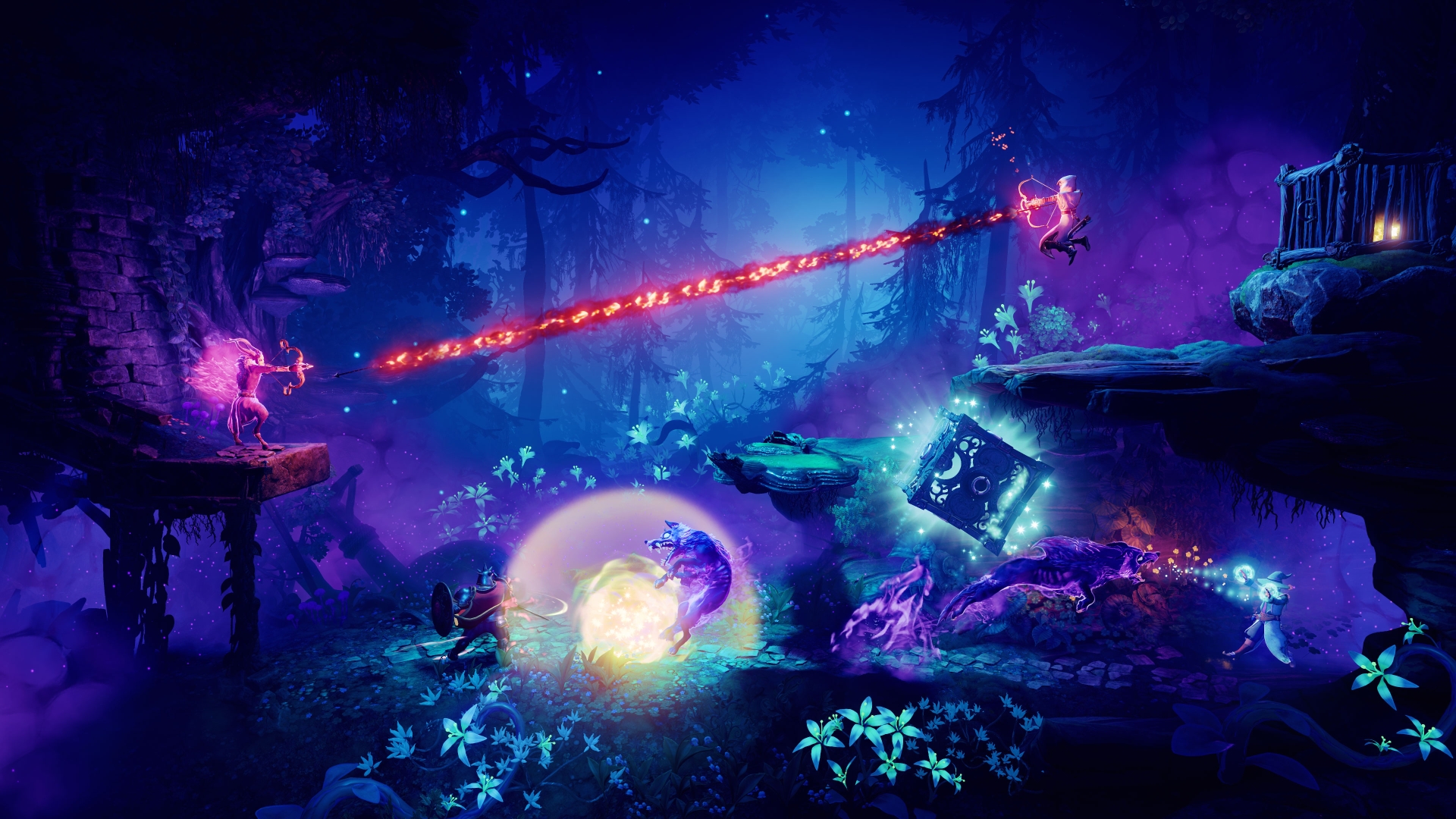 Elemental puzzles play a greater part here than before — so you will need to keep your mind sharp to think about solutions being more organic and less just “push Item A to Location B.” Item usage will allow you to solve puzzles too — with a shield being able to be used to not only protect yourself in combat, but also reflect light and solve a puzzle. Co-op mode allows you to keep the multi-character feel alive, but with two playable characters at once. This means that everyone needs to keep their pace up and no can fall behind — but also makes it easier to solve puzzles since you can brainstorm and help one another out. One player can excel at combat, while the other can focus on puzzles. In doing so, each player has a chance to learn a bit about the other playstyle.  So far, Trine 4 looks to bring back what worked before and take out what didn’t — so longtime players will be in for a treat and newcomers will get the most user-friendly entry to date. Trine 4 will be released on PC, Switch, PlayStation 4 and Xbox One in the fall of 2019.