With arms made of springs, no wonder they call him “the bouncer”! At first glance it’s hard to take this guy seriously, but in the ARMS game, he always takes center stage. He can perma-charge in a pinch, and that indomitable spirit is gonna take him right to the top!

When Spring Man has a quarter of health or less remaining, his arms remain permanently charged.

If Spring Man is hit when his arm charge wears off the attack will be deflected. 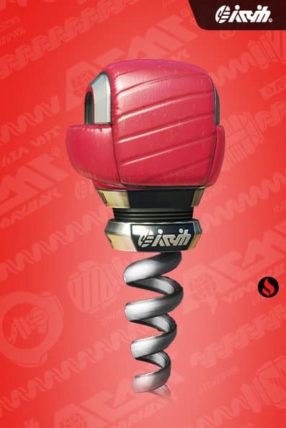 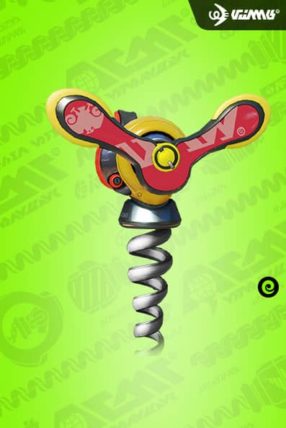 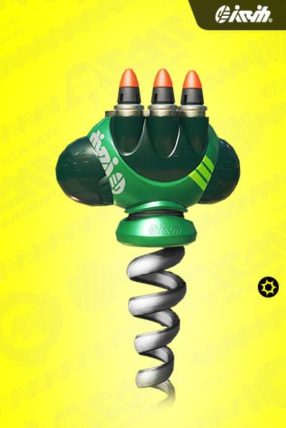 The Spring Stadium is a large open area where there’s nowhere for fighters to hide. Don’t worry about getting backed into a corner though, as the entire outside of the ring is lined with springboards to help get a jump on the opponent. 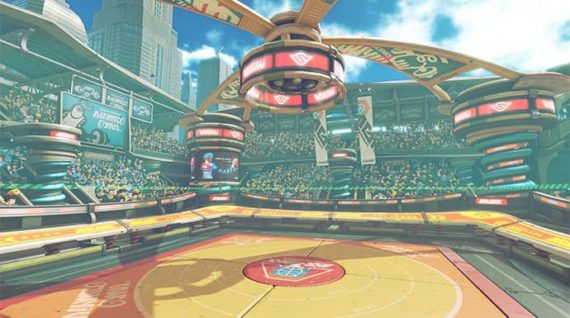 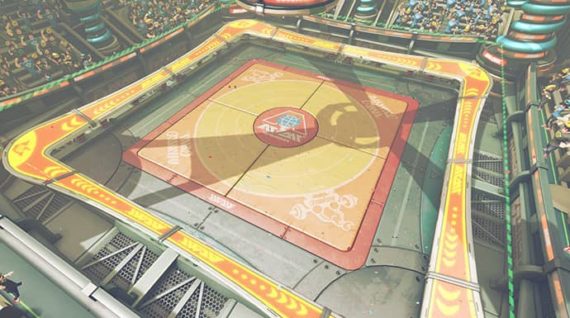 Spring Man is a great starting character for new players, as his abilities don’t heavily rely on extra controls but instead come into affect naturally at certain points in battle.  Players will want to stay on the move and keep their arms charged at all times to keep his deflection ability working with him. Trying to time his charge deflection can be tricky in the heat of battle, so it’s best to not focus too much on timing it against an opponents hit. Since his perma-charge ability relies on low health, try to bring in arms with helpful attributes such as ice or electricity to get in some extra damage while opponents unable to fight back.