Don’t use this guide. Don’t use any guide to help you through Bloodborne.

Part of what makes this game so special is an organic discovery of new locations, enemies, items and lore. Do yourself a favor and enjoy all the “wow” moments without a walkthrough. That being said, the following tips and tricks are intended to get you started without spoiling too much. Whether you’re a “Souls” veteran or completely new to the series, hopefully you’ll find it helpful. 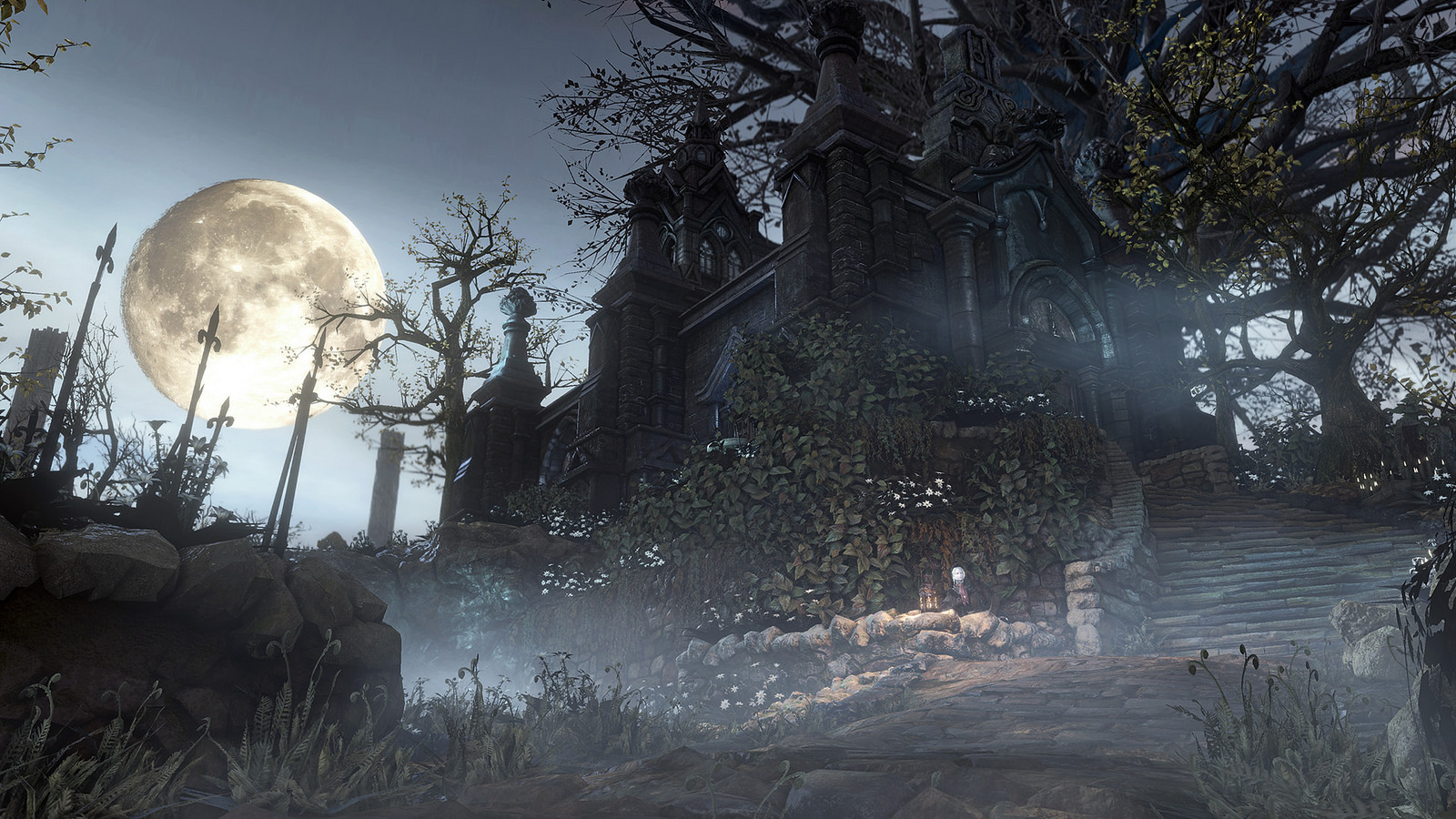 This guide assumes you know the basic controls. If not, make sure to read notes on the ground in the starting area(s) to learn them.

– As fun as it is to run around karate-chopping everything in sight, remember to choose your weapons when you first arrive at the Hunter’s Dream/Refuge (hub area). Do so by talking to the little messengers that pop up out of the ground on the staircase to the right.

– Most firearms aren’t designed to incur heavy damage. Use them to stun/stagger your enemies by firing just before they land an attack on you. Follow up by getting in close and tapping R1 to initiate a “visceral” counter attack (critical). This is a very important skill so learn it well!

– By gently moving the left stick to walk, you can sneak up behind most enemies that have their back turned. Once within range, use a charge attack (hold R2) to stagger them and follow up with a visceral attack.

– Stay on the offensive whenever possible. Bloodborne has a “regain” system that allows a short window of opportunity to gain back lost health by retaliating after taking damage. Blood vials should only be used to heal when you’re unable to take advantage of this system. 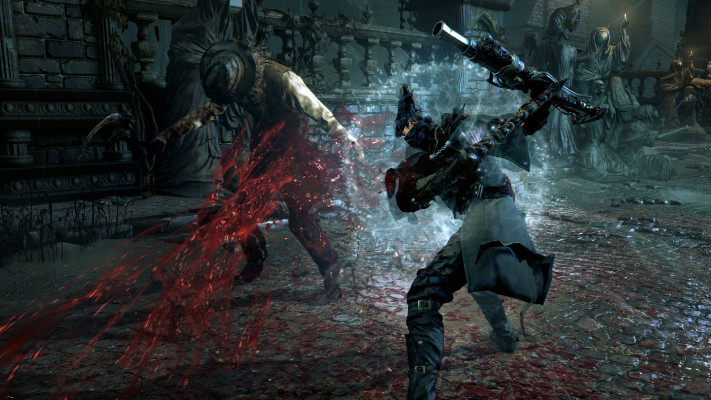 – Save your “insight” early on – Insight is a mysterious currency gained by exploring the world, consuming certain items and defeating different enemies. 1 point of insight brings the doll in the Hunter’s Dream to life, allowing you to level up. The Beckoning Bell also becomes available (pick up from messengers on stairs), enabling the ability to summon other player-controlled hunters to temporarily aid you. Once you reach and maintain 10 insight, another vendor in the Hunter’s Dream area is unlocked (up high, outside the middle of the workshop). Among other things, you can buy the Small Resonant Bell to offer yourself in aid of other players.

– All co-op sessions end when the host dies or the area boss is defeated. If you only want to match with friends, you can go to the game’s option menu and set a network password.

– Don’t hoard blood echoes. – Blood echoes are another, more common currency usually earned by killing enemies. You lose them if you die and are unable to retrieve them (die again) so SPEND, SPEND, SPEND! Sometimes enemies will consume them upon your death. Look for their glowing eyes in the area where you were defeated and slay them to retrieve what’s rightfully yours.

– Survivability is most important early on, especially for beginners. Level up vitality and stamina and only spend blood echoes on other stats to meet minimum requirements for new weapons.

– Spending 2500 blood echoes on the first armor set available from the vendor in the Hunter’s Dream will greatly increase your defense.

– Make use of the work bench inside the Hunter’s Dream once it becomes available. Go there to repair, fortify and imbue your weapons with special properties. There is also a storage unit (looks like a coffin) nearby. Extra blood vials, quicksilver bullets and other items will be stored there automatically when your inventory is full. 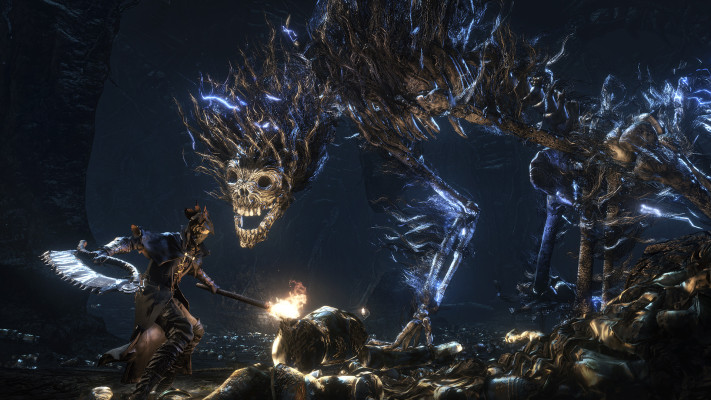 – If you’re desperate for bullets, you can sacrifice some health for 5 by pressing up on the d-pad.

– Gestures can also be triggered by holding X and moving the controller around.

– The personal effects bar is accessed by pressing right on the touch-pad. It’s a great place to put non-combat items that you use often such as the Notebook and Beckoning Bell.

– Reddish lanterns burning incense indicate NPCs nearby that you can talk to. Make sure to talk to all NPCs multiple times. New information, side-quests and even items can be acquired this way.

– Yharnam is enormous and it’s easy to get lost or overwhelmed. Don’t be afraid to retrace your steps or take note of areas to return to later on. With that said…explore! Most areas contain well-hidden secret paths, items and helpful shortcuts.

– Most messages you see on the ground are left by other players. They might be helpful or they might be intended to trick you, so be careful!

– Certain enemies are vulnerable to certain types of attacks and elements – slash, blunt or fire, for example. Learn your enemies’ weaknesses and exploit them whenever possible.

– Sometimes not locking on to a foe is preferable. This way you have more freedom of movement and control of the camera. It also changes your dodge animation from a side/back/front step to a roll.

– If you find yourself getting overwhelmed by multiple enemies, throw pebbles to attract individuals to fight one at a time.

Most importantly: take your time, learn from your mistakes and don’t forget to have fun!