You Should Play as Amara IF…

You want to deal close-range elemental damage. Like previous Sirens, Amara is uniquely equipped to dish out elemental damage. In a twist though, her Action Skills are set up to encourage close range combat. Of the four Vault Hunters in Borderlands 3, Amara plays best when she gets up in enemies’ faces and plays crowd control for the team.

To best understand how to use Amara is to understand the elements that affect enemies. 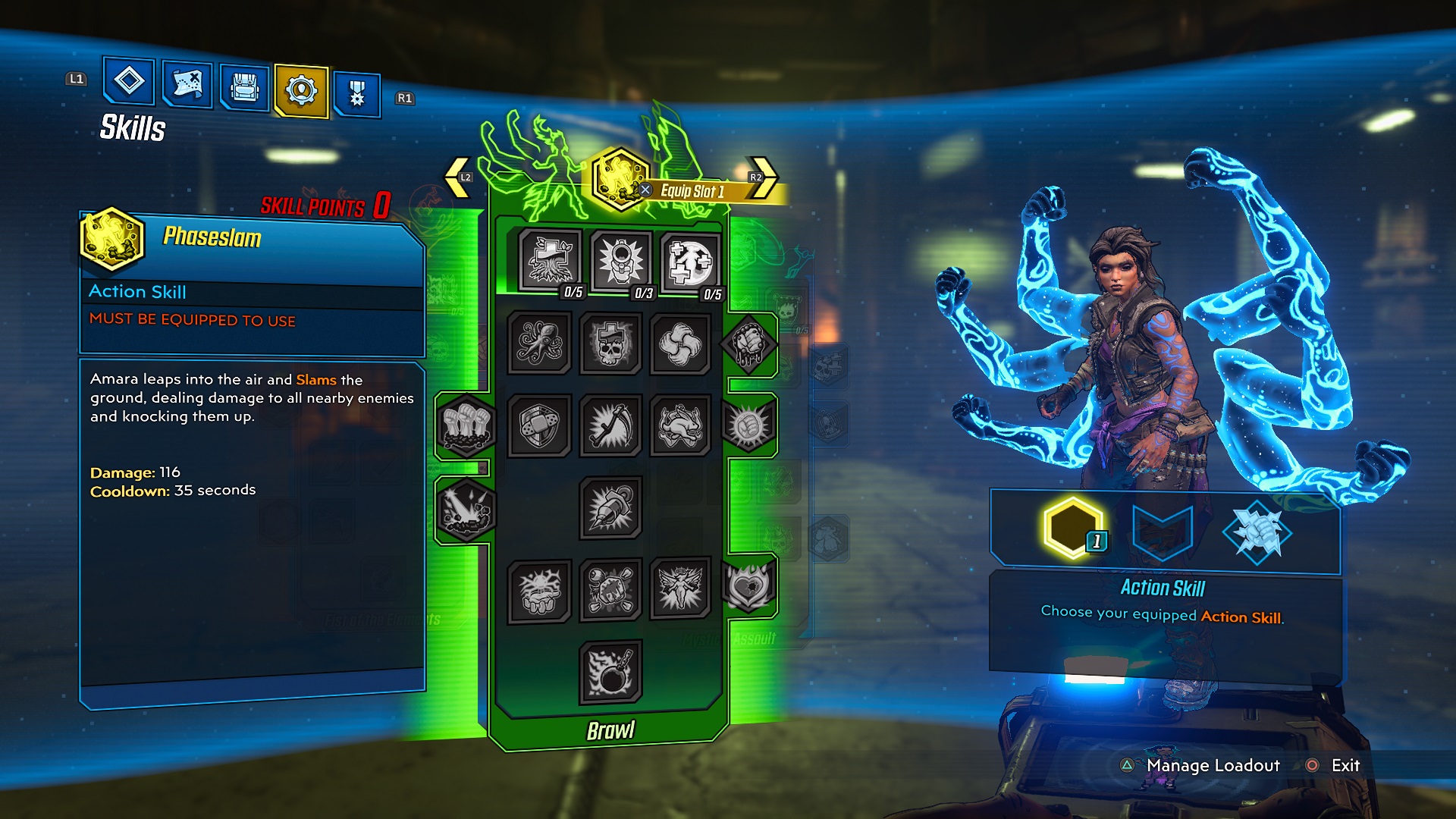 This tree focuses on the Phaseslam Action Skill, which is literally a ground pound that unleashes elemental energy. Of the three trees, Brawl offers up the best defensive capabilities for Amara, including max health increases, health generation and increased gun damage when up close. The skill tree also unlocks the Corrosive element for use, which is particularly useful against robots and armored enemies. Towards the end of the tree, the Guardian Anel skill allows Amara to self-revive. 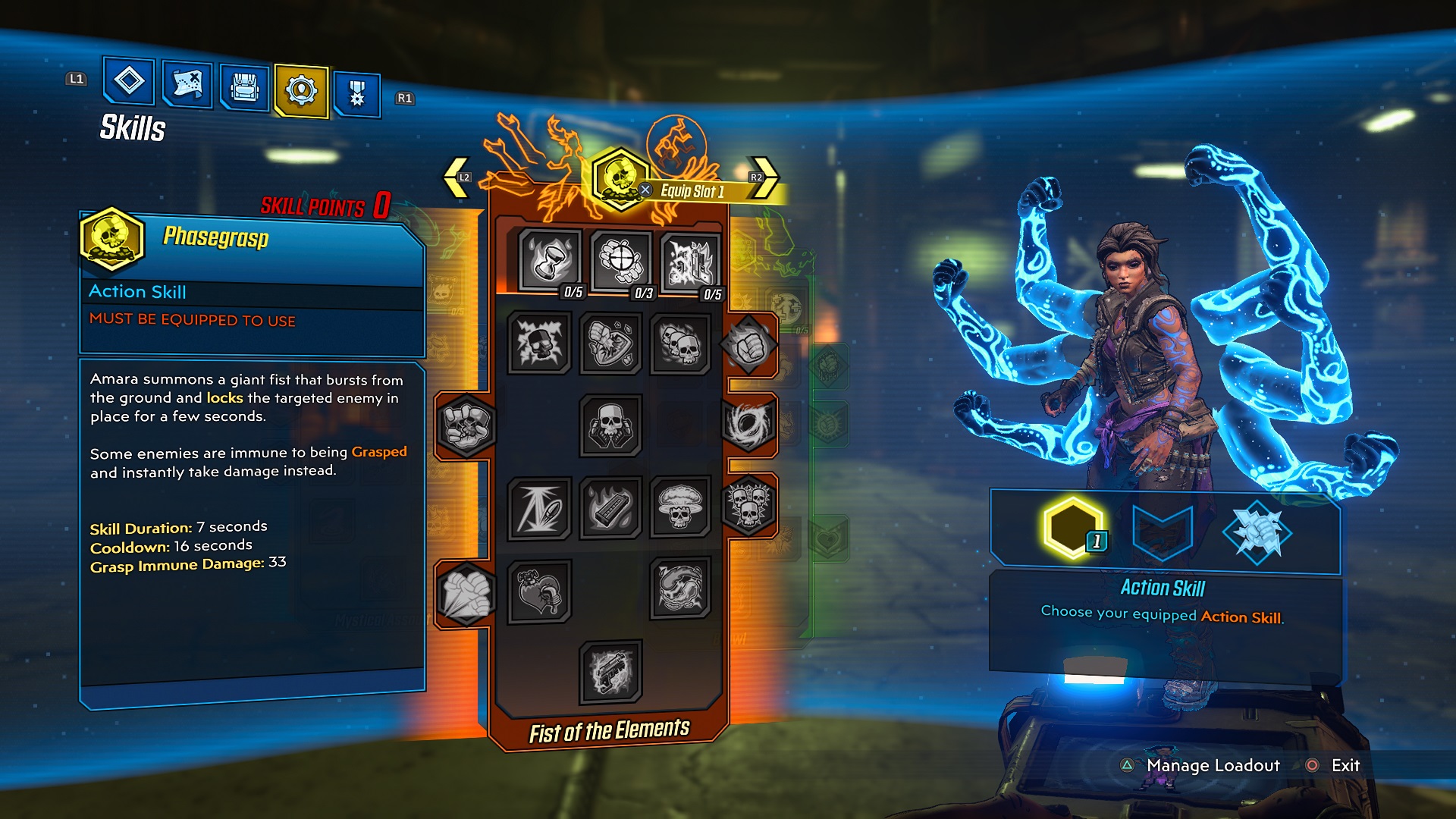 Fist of the Elements

This tree focuses on the Phasegrasp Action Skill, which allows Amara to grab an enemy and hold them in place. This tree offers up skills that improve Amara’s shooting capabilities and elemental damage. As for elemental abilities, Phasegrasp starts with shock damage, but can switch it to incendiary damage after unlocking tier 2. 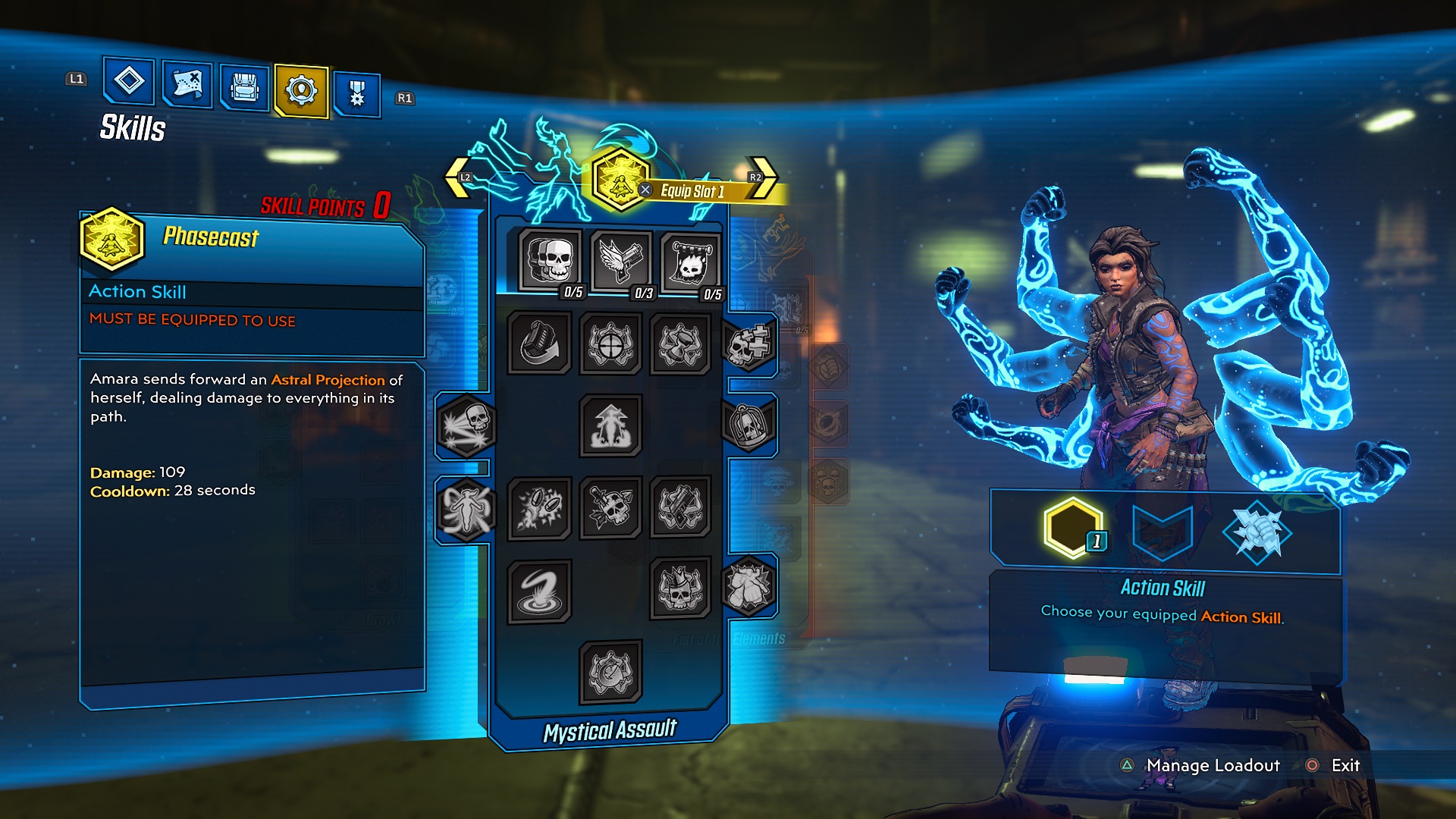 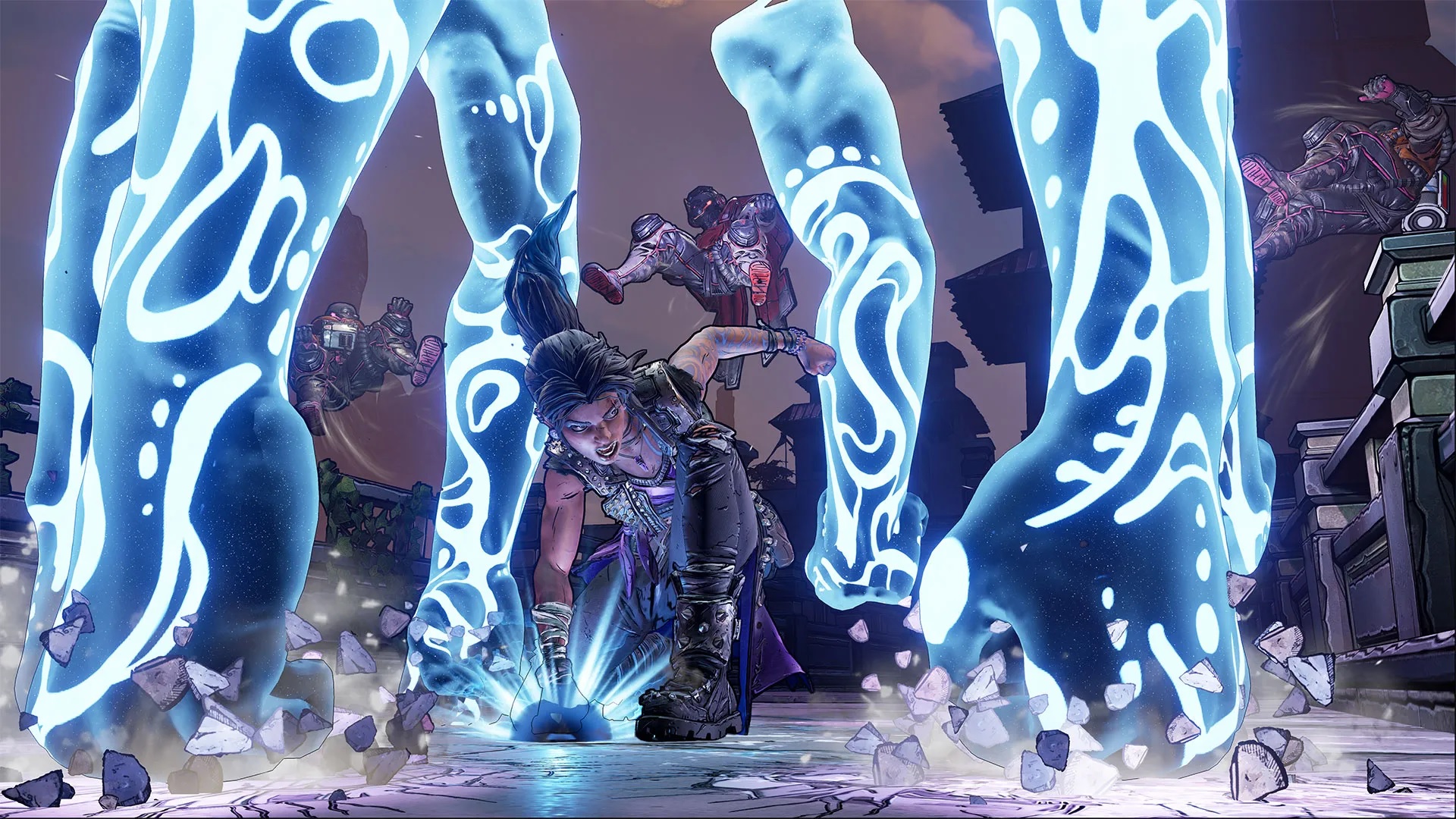 How to Setup Amara

Fist of the Elements is the best place to start when players land on Pandora. Shock is the default elemental damage of all her abilities, and it’s pretty much useless in the early game. Players will want to immediately go for Tier 2 to nab the perk that switches her elemental attack from shock to Incendiary. Also, in Tier 2 is Tempest and Illuminated Fist, which both increase her elemental damage. Illuminated Fist also applies the Action Skill element (shock or incendiary) to her melee attack.

Players will also want to dip quickly into Brawl once they get off Pandora to collect the corrosive element. After that, players should stick with Brawl to collect some of Amara’s best perks. Guardian Angel allows Amara to self-revive, which is handy when playing solo. As for defense, nab Helping Hands and Do Unto Others. Helping Hands uses her elemental hands to block bullets and grenades. Meanwhile, Do Unto Others sends out orbs as a counterattack to enemies who attack you.

Mystical Assault is useful, but not until the end game. As the tree that focuses mostly on powering up the Action Skill, this tree isn’t needed much during the campaign. It’s best to wait until the end-game before traveling down this tree.

For more on the other Vault Hunters in Borderlands 3, be sure to check out our guides for Zane the Operative, Moze the Gunner and FL4K the Beastmaster.