Over the last couple of months, Gamevil has sped up their content distribution in Dragon Blaze drastically. There were multiple weeks and even months during the second season where there was little progression, but now it feels like users are treated to new updates and goodies every week. July 4 is no different as, despite there being no new allies, and most importantly, no Dark Souls as of yet, there’s a bevy of additional content and modifications to the UI that should have fans happy with how things are progressing.

Firstly, there’s a brand new area called Shadow Castle that’s recommended for those level 88 and higher. Of the four different areas in the third chapter, the aesthetic for the Shadow Castle is the least compelling. It’s much the darker toned area that takes you through watchtowers, corridors and outdoor bridges that are all visually drab. The Hall of Past Heroes at least adds a rather ominous red effect in the background, alongside some well-designed statues, but it takes you slogging through the four maps before you get there. Because of the new section of the map, there are also some new allies to recruit (C to SSS grades), although most of them appear to just be newly skinned versions of Blackridge Cliff allies, at least from a visual component. 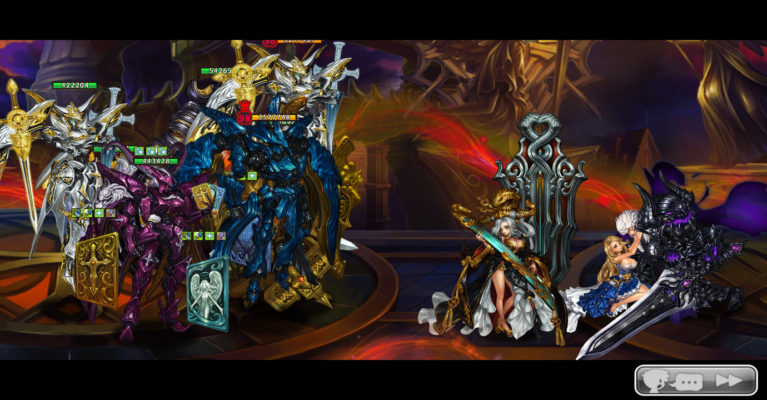 With the new area comes new story, and while it has all the fanfare we’ve come to expect, it also comes with a lot of familiar themes, too. Light-versus-dark, sacrifice, betrayal and so forth. Most of the story will give you déjà vu from the end of the second season, just instead of deities battling it out, it’s now Dragon Busters and, once again, Ragnarok. But at least he’s in a different form and we learn a little bit more about his backstory in a piece of dialogue from Winter Bana. Just don’t expect the story to tread any new territories, although it’s probably not what most Dragon Blaze fans are going into the game looking for to begin with.

Instead, what most fans are probably most excited for is new gear from the Destructive Ragnarok raid. This boss is going to be a doozy as you’ll need to have a somewhat beefed up team of Dragon Busters to face him. He does incredible amount of damage while absorbing everything you throw at him, and worst yet, when his health is whittled down to zero, he will unleash a final flurry that can potentially wipe out your team before claiming victory, so be careful not to celebrate too early. The gear itself is incrementally better than the Frozen Tyrant gear, so if you’re already fully geared from that raid, you probably won’t need to rush out to get full sets for all your allies right away – that’s unless you continue to fight for the top 1%. If you’re still rocking Deus Ragnarok U gear, firstly, why? But if you still haven’t upgrade, this will be the best time to do so. 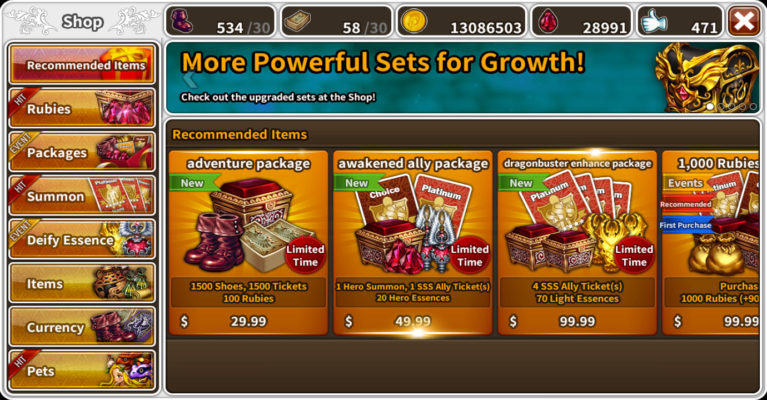 The shop has also received itself a massive overhaul. Originally, it was a horizontal design, but now it’s far more compact as you’re able to see every single category without having to drag to the side. Everything is laid out vertically, but once users get into each section, the different purchases, be it the different types of heart essence or pets, or organized as they were before. Some categories such as “Items” still retain a rather lengthy selection of goods that you’ll need to swipe through, but at the very least filters have been added to most of the categories to better help users find what they’re looking for.

In addition to the general shop, a more streamlined costume shop has also been added. Not only are users able to purchase costumes without having to switch between playable characters, but the sets of three are available to buy as a simple package, which used to be quite confusing. The costume store also now has its own dedicated icon on the main hub, taking the place of the Smart Package, which is now merged into the general shop’s microtransaction “Package” section. It should be noted that the event shop is also decorated in a very similar design, with the Guild menu being completely reworked. 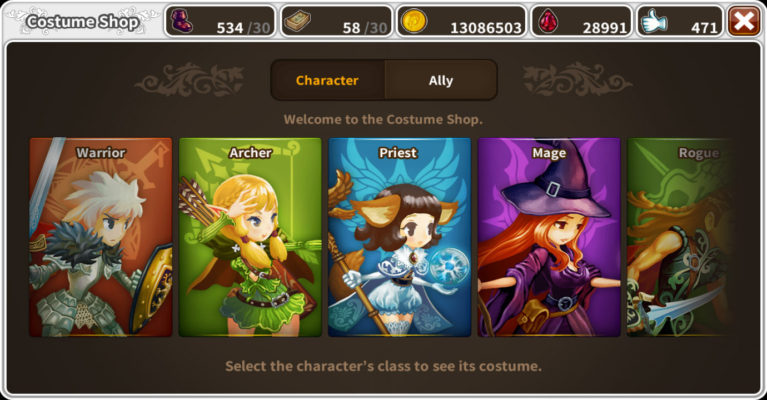 By far one of the best updates in this patch is the merger of Light, Dark and Ancient Essence. That means for Dragon Busters, you will need to spend the combined values – so the first three enhancements will require 45 Light Essence total (15 per), the next three needs 90 (30 per), and finally to MAX you’ll need 135 (45 per). It’s far easier than trying to track down each type of essence individually. Luckily, anywhere in season 2 and half of 3 will now drop Light Essence, along with the Destruction Dungeon, making it easy to accumulate the enhancing material. Not only that, but the stacking limit has been risen from 100 to 250, so it saves a lot of space in your inventory, especially for those (such as myself) who are grinding away in preparation for the future.

There are also various other tweaks such as a new auto-story mode which progresses through unfinished dungeons automatically until you reach a story-related mission. This can be handy for those pesky grindy-levels where you just want to get to the raid boss as soon as possible. Finally, the level cap has also been risen to 90, making your team far more capable. Level 90 will also act as the requirement to face the Destructive Ragnarok raid, and thankfully, similar to the last ten or so levels, leveling up doesn’t require an insane amount of shoes as it once did. 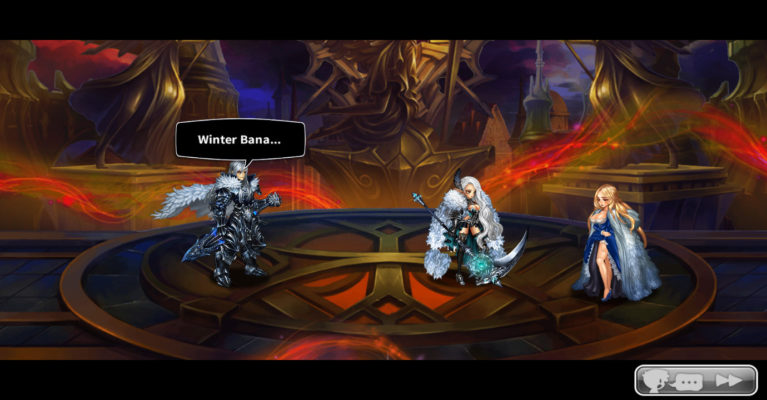 While we have been receiving ally updates over the last couple of months in quick session, this is a large enhancement that helps streamline many of the services. It’s primarily the new area/story continuation and raid boss, but the interface have received a facelift to better facilitate players. With this update, the third season of Dragon Blaze has come to a close, and while we won’t have any new story content for quite some time, we should be treated to additional difficulty run-throughs alongside even more allies in the coming months.