In 2010, Playstation Plus was Sony’s answer to Xbox Live Gold. While the 360 was running riot early on in the seventh generation, Sony needed a way to get gamers’ attention and get them to flock to PSN. PS+ was a feature-rich buffet of perks: cloud saves, early access to demos and multiplayer betas, and frequent store discounts made the service a worthy opponent to Xbox Live Gold. But the one feature that everyone really kept an eye on was Instant Game Collection, Sony’s monthly offering of full, free-to-download games. Gamers reveled in the idea of free games each month; it was a dream come true and it pushed PS+ subscription numbers to new heights. But Instant Game Collection, for all its amazing offers and selections, poses one big question for Sony and its supporters, one that has changed the landscape of PSN and the gaming marketplace forever.

My experience with this issue came to a head with the release of Tearaway on Vita. The game was getting quite a bit of praise from critics (including Hardcore Gamer’s own Grant E. Gaines) and with a recent price drop from Gamestop, I was definitely gathering interest toward Vita’s supposed Game of the Year. But my decision was still muddied by something I never really thought would be a negative: Playstation Plus’ Instant Game Collection. The very system used to get people to flock to Sony’s paid subscription service was actually the one thing getting in the way of me going out and buying Tearaway, no questions asked. 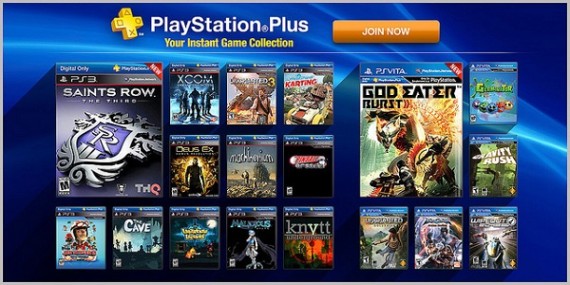 Instant Game Collection has earned itself over 200 titles since it was implemented in 2010. AAA blockbusters like Uncharted 3: Drake’s Deception and Battlefield 3 have shared the stage with both fresh indie offerings like Machinarium and The Cave, and venerable modern classics like Vanquish, Just Cause 2 and the HD versions of Ico and Shadow of the Colossus. It’s become widely successful, gathering a tremendous amount of attention each time Sony announced the next month’s offerings. I absolutely love it, even though it makes me anxious having to pick and choose which games to keep and which to delete from the comparatively tiny 120GB PS3 hard drive or 8GB Vita memory card. Each month is a guessing game at which titles will appear on the service and PS+ owners have their eyes open at what the service will deliver down the line.

And that’s really the problem I can see with Instant Game Collection: you don’t know what’s coming next. This lack of foresight for both big and humble releases makes it difficult to plan out what you’ll be doing later that year. There’s nothing more frustrating for a PS+ subscriber than buying a brand new title, only to have it appear in Instant Game Collection a couple months down the line. Right when you’ve been able to overcome that indecision and shell out your hard earned simoleons on a game like Saints Row: The Third or Dragon’s Dogma: Dark Arisen, Sony announces that PS+ subscribers will be able to play the entire game digitally for no additional charge when it’s released on IGC later that quarter. It’s a gamble, all things considered, and that nervousness is something that Sony and any developers on board are keeping a close eye on throughout this generation and beyond.

The thought process behind Instant Game Collection is, in a way, rewarding successful and well-received games that reach their sales quotas with a boost in publicity. It’s tough to call any of the games available on IGC “bad.” Not Game of the Year material necessarily, but they are generally of good quality. The release of Contrast as a PS4 Instant Game Collection debut was a shift, however: the game didn’t get the best reviews and compared to the much better-received Resogun, it simply got lost in the shuffle. A recent interview with Sam Abbott of Compulsion Games (Contrast’s development house) revealed a pretty questionable light on releasing your game on Instant Game Collection, especially as a debut. He revealed that PS+, for all its support, “isn’t a gold mine”, encouraging people to buy the game once it’s removed from the service in January. But as a gamer, that’s kind of hard to do, especially when the game itself doesn’t possess the luster and shine of Resogun. When the game is free, you’ll play it no problem, but when there’s a price attached, it becomes much harder to keep an open mind.

And don’t think that new releases aren’t generally available on Instant Game Collection. Double Dragon Neon, the WayForward-developed update to the Double Dragon series, was released on PSN on the same day that it was offered on IGC. WayForward definitely took a risk doing this, as there was no real way to tell how the game would be received by the public or the critics. The game was available for free; its future sales were downright unpredictable. Fortunately, Double Dragon Neon was not a mess. Its reception was hit-and-miss, earning score from 9/10 to 3/10, but it still was able to keep a steady average in the positive range of verdicts. 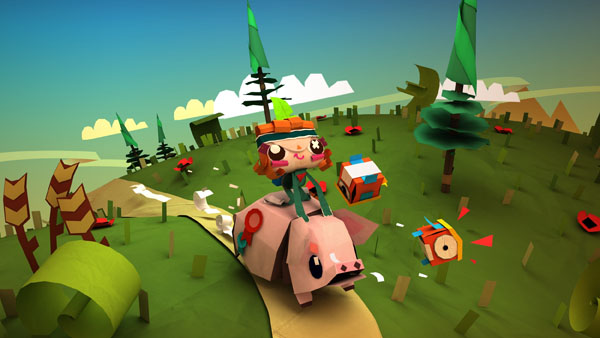 Taking this back to Tearaway, a game that not only proved critically successful but also one that was a Sony exclusive made by Media Molecule themselves, the looming thought that it would eventually be released on IGC made the decision to actually buy it much harder. Despite Tearaway’s reputation as one of the best Vita games available, that idea of it being so good is what made it more likely to be represented on Instant Game Collection. It really is destined for it; its fantastic quality is what will make it such a prolific and anticipated release on IGC.

So the argument stands: why buy it now when it’s bound to be available for free later on? Well, you could argue that buying the game is a better way to generate support for it and later projects (like sequels). You’re labeled as a stronger supporter if you can put your money where your mouth is while praising them, instead of simply saying it’s good and not being able to back it up monetarily. But at the same time, PS+ is a very easy way to increase publicity. I don’t think people would’ve given Dokuro a chance at all if they didn’t see it on IGC. Now people know about it, have played it and are ready to see a potential sequel. But the price? An annual $60 Playstation Plus subscription, one where little of that payment is going directly to the developers. It’s not the same as shelling out a full $14 for that one game.

But the biggest advantage of buying the game, one that many would agree on, is that you get the game now. IGC releases (aside from a few aforementioned examples) usually are older games. The cult hit Demon’s Souls was released on IGC a whopping four years after its retail release. In that regard, awarding such patience is a bit more acceptable; they kept their PS+ subscription going this long, so why not give them a reward? But some games are available for free so soon after their official release date, and as long as you keep that PS+ subscription alive, your downloaded title will be right there waiting for you on your hard drive or memory card. If you want to play a game like Tearaway right this instant, your only choice is to just go to the store and buy it.

It’s very hard to predict what could happen to a game’s instantaneous value with a system like Instant Game Collection in play. Buying a game isn’t some impulsive action anymore, since the potential is always there of using your PS+ subscription to your advantage. With PS+ being so much more essential on PS4 than PS3 (you need PS+ for PS4 multiplayer), it’s to be expected that more and more games will be available for subscribers. More people will have accounts, so there’s a better chance of games getting more attention through PS+. But as consumers, we’re faced with uncertainty. In a way, you’re paying for “early access,” the idea of being able to play the game before many others. You can either wait and play the game on IGC (which, once again, is not assured) or spend $60 and play the game now. Instant Game Collection has really changed the landscape for games on Sony systems. The question is now all the more prevalent: buy now or save later?

So what are your thoughts on Instant Game Collection? Is waiting for the game’s free release worth it, or would your rather spend the cash and play the game now? Sound off in the comments below!