Mario Kart 8 has finally come, and it’s brought with it all sorts of changes and refinements to the addictive and competitive formula we know and love. The most obvious are the new anti-gravity sections and the blue-shell shattering super horn, but there’s one unassuming item that many players seem to have written off: the coin.

Of course, coins aren’t a new entity in Mario Kart. They’ve appeared in several games in the series as a means of unlocking carts and characters, and they were even an item once before way back in Super Mario Kart on the SNES. But it’s the coin’s return in arguably the most polished Mario Kart ever, amongst a myriad of gameplay refinements, that has highlighted what makes it such an important contributor. 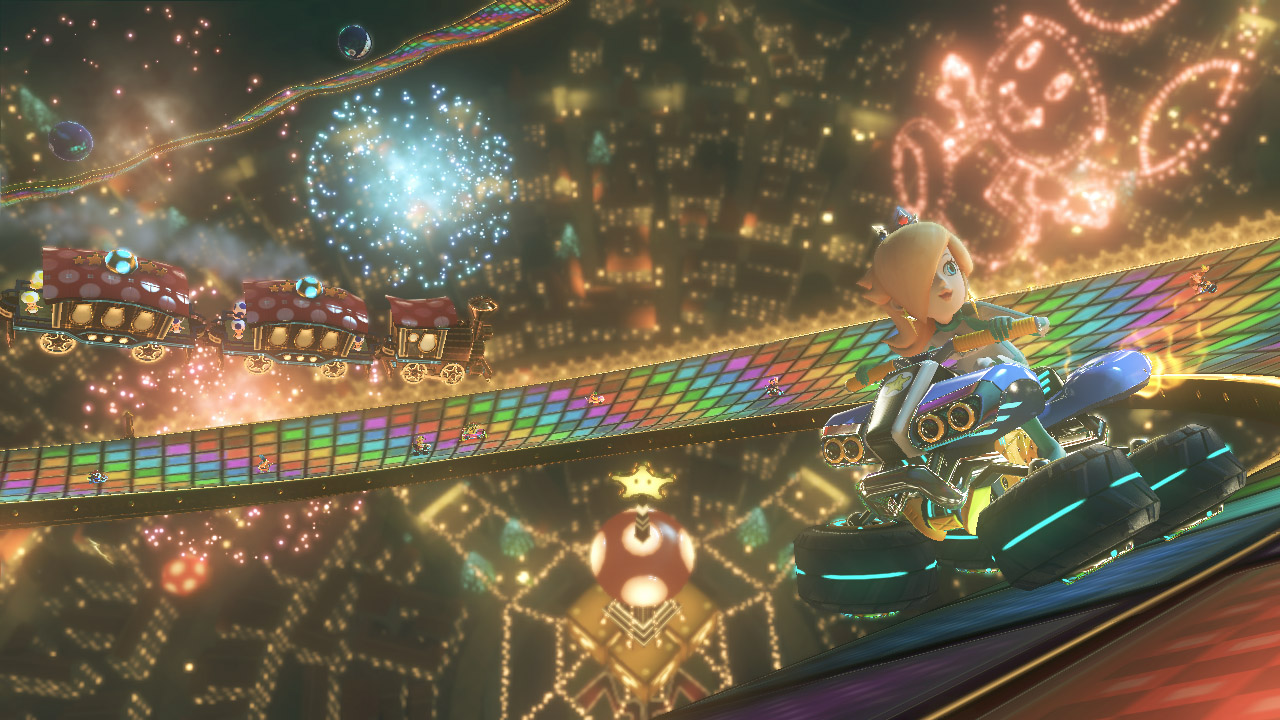 At first glance, the coin seems like a completely useless item; it can’t be thrown, it can’t block incoming projectiles, and it doesn’t grant you invincibility. In fact, all it does is add a couple coins to your tally and give you a barely noticeable boost. By all accounts it is, in fact, pretty much worthless.

But you see, that’s the brilliance of it. The tactical uselessness of the coin means it’s unlike any other Mario Kart item, and it brings a unique element of frustration to the traditionally predictable arsenal of items. Think about it: when you’re in first place and you hit an item box, you’re pretty much guaranteed to get a variation of bananas or shells. Those items are useful; they can change the tide of a race when used properly. The coin, however, throws a devious wrench into that formula. Desperately need to hit the racer in front of you? Okay, here’s a coin. Need literally ANYTHING to stop that red shell closing in on you? No worries, here’s a coin. See what I’m saying? Despite appearing like a lazy, uninspired item, the coin is actually a shrewdly packaged challenge, designed to test your reliance on items and mold you into a more intelligent driver.

Many players will undoubtedly harbor a deep and lasting hatred for the shiny slab of gold (which isn’t completely unfounded), but it’s important to remember that the coin doesn’t play favorites. It’ll screw your opponents over just as often as it screws you, and you’ll likely become a more flexible competitor because of it. The coin represents yet another subtle nuance in the world of Mario Kart, and I wholeheartedly believe we’re lucky to have it.