I hate relying on others in video games more than I hate losing, and losing has cost me more than a handful of mice, keyboards and controllers. This is part of the reason why League of Legends is an incredibly frustrating undertaking for me in most cases: without a group of five people to play with seriously, I’m forced to rely on others to have a deep knowledge of the game’s mechanics as well as awareness of the minute-to-minute changes on the battlefield. More often than not, games on Summoner’s Rift devolve into finger-pointing, players alt-tabbing or walking away from their keyboards, intentional toxicity and the inevitable steamrolling from the enemy team. Despite this, League is one of the most popular games on the planet currently and has been undergoing some gradual but serious changes to increase its baseline difficulty, and the direction that the team is taking couldn’t be better.

For many who are transfers from games like Defense of the Ancients, League‘s champion diversity could easily be seen as lacking. Many of the playable characters had similar mechanics and lacked extreme depth. Generally, the skill floor to perform competently with any given champion was relatively low while the skill ceiling didn’t exactly begin at stratospheric heights. Recently, however, the introduction of characters that are difficult to play competently at all in addition to requiring serious dedication to master alongside revamps to the Summoner’s Rift map are creating opportunities for more talented and dedicated individuals to shine with characters other flounder with while playing. The initial offering of champions most complex character was possible Nidalee, with her two forms and multiple abilities, but in general as long as players had a grip on last hitting, kiting, and cooldowns, effective use of a champion wasn’t out of the realm of possibility. 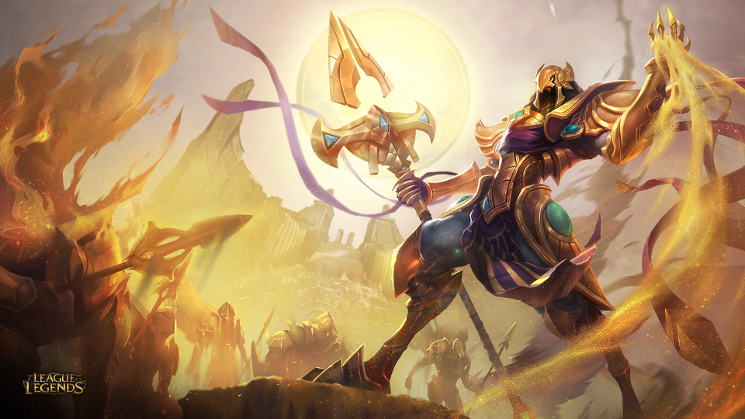 There are outliers, to be sure: Orianna’s ball gave players more than one instance of positioning to be concerned about, Leblanc and Wukong had the capacity to wreak havoc on psyches, and Syndra was a tuned-up version of Orianna with some cute new mechanics, but for the most part the skill floor remained low enough that most players could perform competently even with supposedly difficult-to-play champions. While League  is huge and draws some of the biggest opportunities for pay at the professional level, the lack of innately difficult characters was a turn-off to the extremely hardcore.

Enter Gnar, Azir, Kalista and the upcoming Rek’Sai. These are champions with considerably elevated skill floors – they’re simply difficult to play any kind of competently. Gnar might be a slight exception in that with decent damage and health itemization he can take a bit of a beating while putting on the hurt, but as a whole these four champions include more unique mechanics than any others and are challenging as a result. Azir especially is less impactful when played incompetently as a result of generally low damage, but his zone control and opportunities for massive pain both sustained and burst when played competently make him a serious contender and a draw for those seeking a challenge.

Rek’Sai, the upcoming champion, is the the first to introduce consistent terrain deformation in the form of the tunnels she uses to move from one area to another with great speed. This means enemy players will have to react and counter them appropriately, while Rek’Sai players will have to intelligently place and maneuver themselves to maximize her potential. The move towards actually unique and complex champions is a very intelligent one in the name of prolonging the longevity of League’s success, and it seems like Riot knows exactly what they’re doing.