This week, Telltale games formally announced the second season of The Walking Dead with the release of a brief teaser trailer. In this trailer, we get a glimpse of Clementine after the events of Season, 1, and the game’s official description confirms that Clementine will be the playable character in Season 2. As a huge fan of the first season (it was my personal game of the year for 2012), finally getting confirmation that this game is on the way is fantastic news. With Clementine confirmed as the protagonist, however, I am feeling a bit conflicted.

Spoilers for The Walking Dead Season 1 Below This Point!

Don’t get me wrong, I loved Clementine and the journey she and Lee went on together. I grew incredibly attached to the notion of protecting her, and I was crying like a baby when I had to tell her to leave Lee to his fate and go out into the world on her own at the end of the game. The story of Lee and Clementine was so fantastic that I find myself wondering if maybe we should just leave it where ended and continue on with a new cast of characters in Season 2. Part of me loves the notion of seeing an older, more hardened Clementine being forced to survive on her own, but I also fear continuing her story may tarnish where things were left at the end of Season 1. 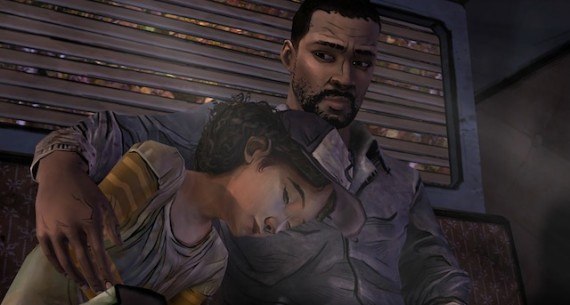 It may not be a perfect comparison, but the first thing that comes to mind is the television show Heroes. When the show debuted back in 2006 it was a phenomenon, and for good reason. The show took the X-Men style concept of a small percentage of humans developing superpowers and told it in a more grounded modern day setting with an excellent ensemble of characters from various nations, ethnic groups and social classes. It was an incredibly fresh take on the superhero genre, and because of its critical acclaim and strong ratings, it got renewed for a second season.

The showrunners had originally planned on telling an entirely new story with a completely new cast of characters for the second season, but because fans grew so attached to the characters in season 1, they opted to instead continue on with the same characters and tell new stories with these familiar faces. Needless to say, it didn’t work out too well. By continuing with the same characters, the writers were forced to take characters whose arcs had already been concluded in the first season in entirely new directions that came off feeling odd and out of character.

The first season of Heroes is the only one worth watching

A character with an outstanding arc in the first season, going from a meek twenty something standing in the shadow of his politician brother to the most powerful character on the show, was forced into the most absurd situations because the writers were afraid of him becoming too powerful. Over the course of the next three seasons, when he wasn’t suffering from amnesia, he was acting like an out of character moron, that is until the writers just gave up and contrived a scenario for him to lose his powers, only to get them back later in a weaker form. This character had an astounding ending in the season 1 finale after having come so far and grown so much, his arc was truly complete. Pretty much all his development and growth was thrown out the window as soon as season 2 began, and he wasn’t the only character to suffer this fate. The main cause for this is of course the fact that none of these characters were originally supposed to be involved beyond season 1, so many of the attempts to continue after the conclusion of their individual story arcs ended up feeling contrived.

Now, it’s not quite the same scenario in regards to The Walking Dead, but it’s not all that different either. With their prior game, Jurrasic Park: The Game, having flopped hard, you have to wonder if Telltale was even thinking about a potential sequel at any point during the development and writing of The Walking Dead. I would really hate to see the type of thing that happened to post season 1 Heroes happen to post season 1 The Walking Dead, and in particular post season 1 Clementine. Of course it’s also entirely possible the intention was always for The Walking Dead Season 2 to star Clementine as the main character, but if it wasn’t things could go bad. Now, an entirely new cast wouldn’t be without challenges as well, but at least it wouldn’t have the potential of tarnishing the greatness of Season 1. If Clementine’s story is somehow blundered in Season 2, it could really put a blemish on the incredibly emotional final moments of Season 1. 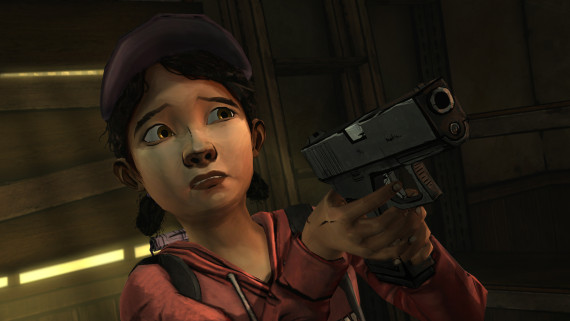 I hope my fears wind up being unfounded, because The Walking Dead was such an outstanding piece of interactive fiction. Ultimately, after how good the first season was, I have to trust Telltale to continue the story in a way that feels right given where things ended up in Season 1. I’ll definitely be playing the first episode of Season 2 as soon as it becomes available, but until my concerns are proven false, I’m going to continue to have this lingering fear in the back of my mind that maybe The Walking Dead Season 2 would be better off with an entirely new cast of characters.