The long-since rumored Pokemon fighting game Pokken Tournament has finally seen the light of day. With a fresh trailer and some limited details, this weird little Pokemon spinoff has officially been announced to hit Japanese arcades next year. While there’s no Western release in the cards at the moment, and a home console release has yet to be announced, Pokken Tournament caught everyone’s eye. Nintendo hasn’t given us too much to chew on for what Pokken Tournament will play like. The short trailer features Fighting-type Pokemon Machamp and Lucario duking it out in a beautiful ranch landscape, firing off blitzkrieg combos and flashy counters. The pedigree for Pokken Tournament is a big one to say the least. Tekken lead producer Katsuhiro Harada and Soul Calibur lead producer Masaaki Hoshino are contributing to Pokken Tournament. With that kind of talent running your show, Nintendo can’t help but flaunt this bizarre take on the Pokemon franchise.

A Pokemon fighting game in the vein of Tekken and Soul Calibur sounds ridiculous, but Harada and Hoshino could be the peanut butter to the Pokemon series’ chocolate.

Pokemon has never been a stranger to spinoffs, but if you look at Nintendo’s past record, fighting games have always been sparse on their systems. Sure, Super Smash Bros. has become their iconic clasher, even netting tournament-worthy play at EVO, but traditional tournament fighters have never been their cup of tea. Sony has had their own iconic fighter in Tekken as far back as 1994 (despite the series going multi-platform over time), while Microsoft earned access to Killer Instinct after their purchase of Rare. Nintendo, however, has never had their own arcade-style 2D tournament fighter. Multi-platform fighters like Tekken Tag Tournament 2 and Injustice: Gods Among Us appeared on occasion, but overall, Nintendo’s role in the arcade fighting game scene has been negligible at best.

Pokken Tournament changes that. With two of the most iconic producers in the fighting game community on board, Pokken Tournament has the pedigree to be a core, tournament fighter specifically for Nintendo. Lucario’s moves in the trailer echo the Aura skills it had in the Pokemon RPG’s, including counterattacks and physical combos. Machamp’s larger stature throws things back to heavier fighters like Street Fighter’s Zangief, including spinning haymakers and rapid-fire barrages of punches. These different moves aren’t that far from the Hadoukens and Hundred Hands that long-time Street Fighter fans (and tournament fighting fans in general) have grown to know and love. The trailer doesn’t show too much technicality for the fighting system, but compared to something more accessible like Smash Bros., Pokken Tournament could be Nintendo’s best bet at having a quality arcade fighter that their rivals can’t touch. 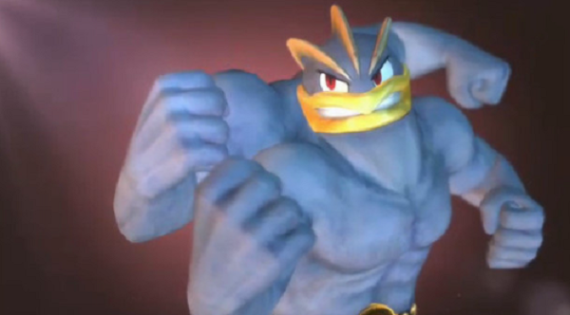 That being said, there is a goofiness to seeing these Pokemon duke it out as if they were Sub-Zero or Heihachi. Even Street Fighter IV for all of its cartoony “punch-to-the-face” expressions still had a sense of seriousness beneath its headband. There’s something surreal to seeing these otherwise “cute” characters smashing their fists into each other’s faces. It’s oddly visceral for what it is, channeling the adrenaline of tournament fighting games, but still providing familiar faces. Pokken Tournament plays its aesthetic surprisingly close to Nintendo’s belt, despite having fighting game legends on board for development. That amount of pure Nintendo personality is why this chocolate-peanut-butter situation could be another success for the Nintendo library. 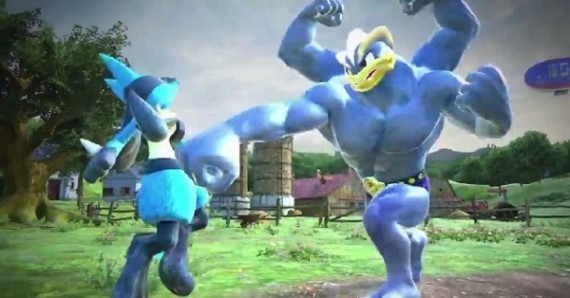