PlayStation has teamed up with Best Buy to bring PlayStation VR to the masses, letting those who didn’t go to E3 (like this writer) a chance try it out for themselves. A few of my friends and I went to a Best Buy near us to get our first hands on and it was insane.

The kiosk was right at the front of the store, and luckily there was only one person in line in front of us. I was the first to go and I tried EVE Valkyrie from the list of options, which also included Super Hyper Cube, Battle Zone, PlayStation VR Worlds, and a few others. I had heard about all of these, but I thought EVE would let me test out my sickness aptitude the best. So I jumped into the cockpit, and flew into battle.

The best part of EVE Valkyrie was the fact that I could move my head independently from the ship. I controlled my ship with the joysticks on the Dualshock, while my head controlled my head (duh). This is something that has always frustrated me when playing games like Battlefield, where I want to fly the jet in first person, but without a way to look at my surroundings, this point of view is limiting. Valkyrie made me feel like I was actually piloting this ship and each time I destroyed an enemy, it felt awesome.

What also felt awesome was the headset itself. PlayStation VR has obviously been designed from the ground up as a comfortable, wearable machine meant to last for hours with little to no discomfort. The weight of the headset is placed on your upper forehead, as well and the bottom of the back of your head. This takes the weight off the front of your face, which most other virtual reality headsets do, which can make them feel very front heavy, and taxing on the neck. PlayStation VR is also incredibly versatile in its adjustment capabilities. There is a button at the back of the head-strap-helmet-thing which allows the user to adjust its circumference and a button on the bottom of the mask allows you to telescopically move the mask forward or backward. It is all incredibly intuitive and makes for an easy on-off process. 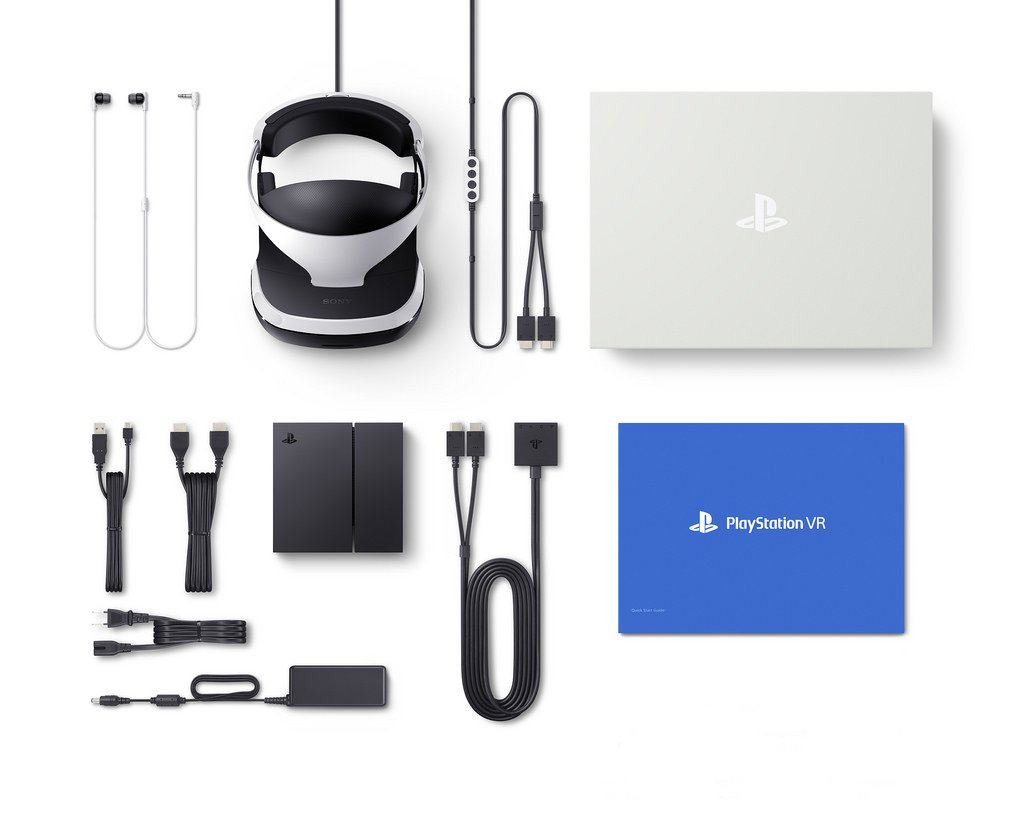 This was not my first venture into the world of virtual reality. I got to try out the Oculus Rift late last summer at a movie museum in New York City. I played a short little demo that used a Wii Nunchuck as a controller. While it was interesting, it paled in comparison to EVE Valkyrie on the PSVR. With the Oculus, mind you it was a dev kit 2, there was a definite break between the screen and where the headset was resting on my nose. With PSVR, though, it was much more immersive. Everything about the space that I was in, the sound, and the reach of the OLED screen was exactly what it needed to be to engulf me in that world, which was what I was most skeptical about with VR. It’s also much more comfortable than the Oculus. The Oculus uses a bunch of elastic headbands to hold it to your face, while PlayStation VR’s head strap is actually incredibly ergonomic and lightweight.

I’m more excited than ever for VR now, specifically for PlayStation VR, because I already have the system that runs it, it’s the cheapest headset and has the games that I am most excited for. I have a feeling that virtual reality is indeed the next big step for video games, although I don’t think the regular controller/TV setup is going away any time soon.

With all that said, you can go try out PlayStation VR for yourself at your local Best Buy. These sessions run from 1-7pm on Fridays, and 12-6 on Saturdays. To be sure, though, check out Sony’s PlayStation VR website to find which stores near you are showing off the system. For more on PlayStation VR and all the games coming to it this October and beyond, keep coming to Hardcore Gamer.