It was recently announced Nintendo, more specifically the Pokémon Company, and Funko would have an extended partnership. The two companies are giants in the video game and collectibles industries which means it’s a terrific pairing. The reveal of a Pikachu Pop! took place in July as their first release and Bulbasaur came months later in February. But a line of monthly Pikachu figures have also been announced and we were lucky to get our hands on the first one.

February saw the release of the first A Day with Pikachu figures. It features Pikachu fit for St. Patrick’s Day! Of course the holiday doesn’t take place until March, but the point of this line is having the figure available a month ahead. That way fans will be able to show it off when the time comes. This particular collectible is titled “One Lucky Day,” and is quite cute. It depicts Pikachu wearing a large, green top hat much like a leprechaun would. It’s sitting atop a large clover while holding a Luck Incense and there’s also an Amulet Coin placed on the back of the piece. 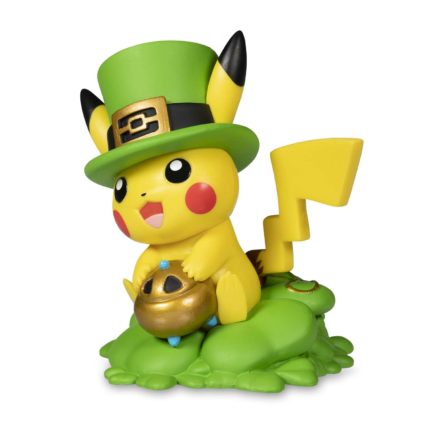 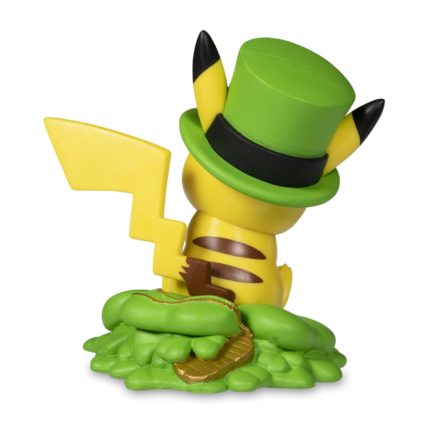 Everything about this item is lovely. The sculpt and design shows off a cheerful mood which is perfect for the holiday. Incorporating items from the video games is an excellent idea as it pulls together different areas of the Pokémon series. Those details are what fans will appreciate especially as they match perfectly with the theme. This is a pretty good example of how well Funko can produce quality products. Since this is a partnership there is a responsibility to uphold Pikachu’s image in a fun and precise way.

The figure is small which makes it a great desk decoration. Of course you could keep inside the box to preserve its condition. Speaking of the box, it’s also uniquely designed for this particular release. The back has a short description of how lucky Pikachu is. Since every month is different, cute copy like this makes each one stand out even more. Inside is a teaser insert depicting silhouettes of some upcoming Pikachu figures for the next months. 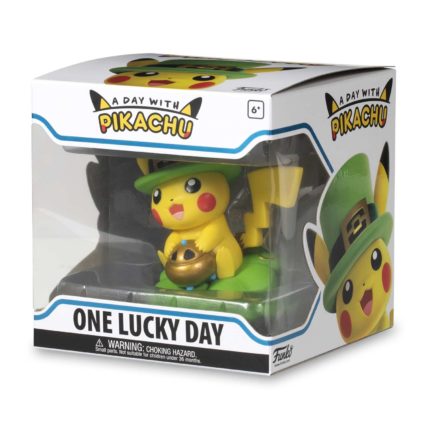 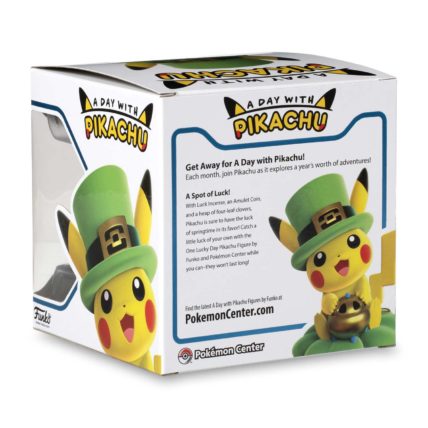 Pikachu collectors and Pokémon fans in general are going to want the One Lucky Day Pikachu. Unfortunately, it’s only available on the Pokémon Center website. Perhaps some day in the future they will be widely distributed much like other Funko products. At least you can also see teaser silhouettes of even more monthly releases. There have only been three Funko x Pokémon products revealed so far but everything is off to a great start. Having the entire A Day with Pikachu collection is going to be a huge task to accomplish, but of course you’ve gotta catch’em all. If you start off with this one, you just might have enough luck.