With the latest 3DS update, the ability for users to change and customize their 3DS home screen with game themes is slowly becoming a trend. Yacht Club Games, developers of Shovel Knight, have been quick to jump at the opportunity to bring fans an exclusive theme in celebration of the game’s upcoming release. Unfortunately the theme will only be released in European and Australian territories and will be limited in its release to boot.

Further details have yet to be disclosed, but the Shovel Knight website seems to allude that the theme, along with some other additions, may become available in the USA at some some point soon. Here’s a preview of the theme.  It’s, well, quite blue and most certainly Shovel Knighty. 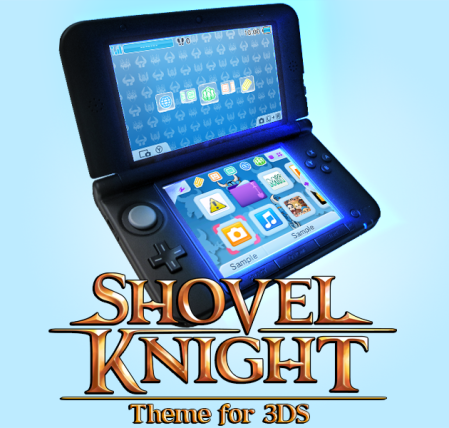