With the release of Shadowbringers two weeks ago, we saw the best of what Final Fantasy XIV has to offer. A phenomenal story mixed together with exciting dungeons and environments, you’ll have to nitpick what the expansion did wrong, and after you completed everything, there’s still an overwhelming amount of content to participate in. Well, Patch 5.01 was released earlier today and we now have even more to dig through. This is the standard roll out for the past two expansions, with Alexander and Omega serving as their respective releases. We now have the Eden raid, which if you’re unaware, is a throwback to Final Fantasy VIII’s Eden Guardian Force summon. We even have the overworld theme playing just outside of the giant. It seems that this mysterious creature (or machine) is radiating light and Ryne has composed a plan to potentially use it and bring back some life to the wasteland The Flood left a hundred or so years ago. Of course there are numerous obstacles in your way, but it’s nothing the Warrior of Darkness can’t overcome.

Surprisingly, we kick things right off the bat with Eden Prime. I suppose there’s no better way considering the raid is called Eden’s Gate, but there were those who were speculating that Prime would be the final encounter, if not of the entire raid, at least from this set. Alas, we are treated to it immediately and it’s a solid introduction. There’s nothing too spectacular from a mechanical standpoint as most of the attacks are self-explanatory, which is nice for those just jumping in not knowing what to expect. There’s just a lot of dodging AOE and line of sight attacks, and dealing with a small Add phase halfway throughout, which the others lack. Visually, I think it’s the best of the four raids, as we’re taken to a place far, far away and dealt an attack that’s very reminiscent of the attack in Final Fantasy VIII. It brings back the nostalgia of the classic game, even though it will feel as if the fight is over in no time. 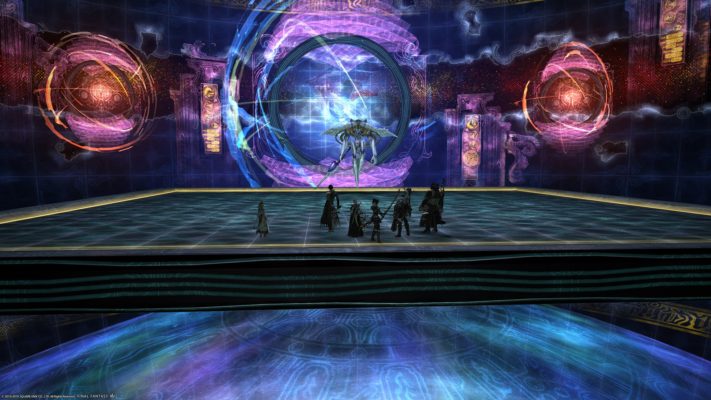 Moving on, we have the second encounter, Descent, and this is the only fight among the four that seems to be fairly “new” and doesn’t really hearken back to Square Enix’s past (although please inform me if I’m mistaken as it didn’t immediately hit me). It has all the same mechanics as we’ve come to expect, with turning away from certain attacks and separating to take an AOE strike, all while dodging room wide pushes and vulnerability stacks from touching certain enemies. The portion of this that makes it unique and surprisingly fun is the delayed reaction moves. Most of these abilities you know by now, but now you have to determine if they are tied to a countdown. It’s almost reactionary to move to someone with a stack-up marker, but when nothing goes off you no doubt will become puzzled and slowly move away. Alas, if you do, it will mean the end of whoever had the marker in a few five to ten seconds. Same goes with everyone getting an AOE marker and separating. It’s an engaging mechanic that I hope we see more of. Outside of that, this encounter is more tied to the story itself as it involves meeting a mysterious new individual who looks to tie heavily into the First itself. Because this is a relatively short adventure, it was only teased at her placement in the world, but its implications could be groundbreaking.

Inundation is where things really kick off. While the first two raids aren’t too difficult, Inundation ensures that you will need to know what attacks to look out for based on the boss’ placement. This is where things take a turn for the best as it will invoke nostalgia from not necessarily other Final Fantasy games, but A Realm Reborn as you’ll be fighting against a two-headed interruption of a familiar primal. This, and the next raid, take a surprisingly amount of time to burn down, mainly because of all the mechanics that are going on. It almost feels like this is a caster’s nightmare as you’ll be running around in a frequent basis. Like any fight, though, once you get the mechanics down, it’s fairly easy to take down, but there are a couple of attacks that can completely wipe your party. One is something we’ve encounter numerous times in the past and easy to predict, while the other is something you really have to know going in. As much as I had a fantastic time learning the fight, it’s the fourth raid that shines the brightest.

If you thought Inundation was challenging, try Sepulture. The final of the first set of raids in Shadowbringers, this puts players up against another familiar opponent, but in a whole new appearance. This primal didn’t exactly have the most dedicated fanbase when A Realm Reborn was released, but this is a crazy, over-the-top, ludicrous interruption that will have you grinning from ear to ear. It’s just such a huge step up from what we know. Alas, this is also the hardest of the four bosses because most of its attacks are devastating, with more than one that can push a party right off the map. It essentially has two different set of attacks, and depending what it equips, you have to know where to stand. It feels unconventional in the best way possible and learning it was a complete blast. Like the third raid, it’s not 100% original as it does take a couple of mechanics from the A Realm Reborn fight and throw them in, but the way they’re implemented is more of a throwback than anything else, and make sure you’re on your toes when they hit. There’s really no better way to conclude the final encounter; it may not be Deltascape 4.0 in terms of nostalgia, but it rewrites your enjoyment of a boss that wasn’t exactly beloved. 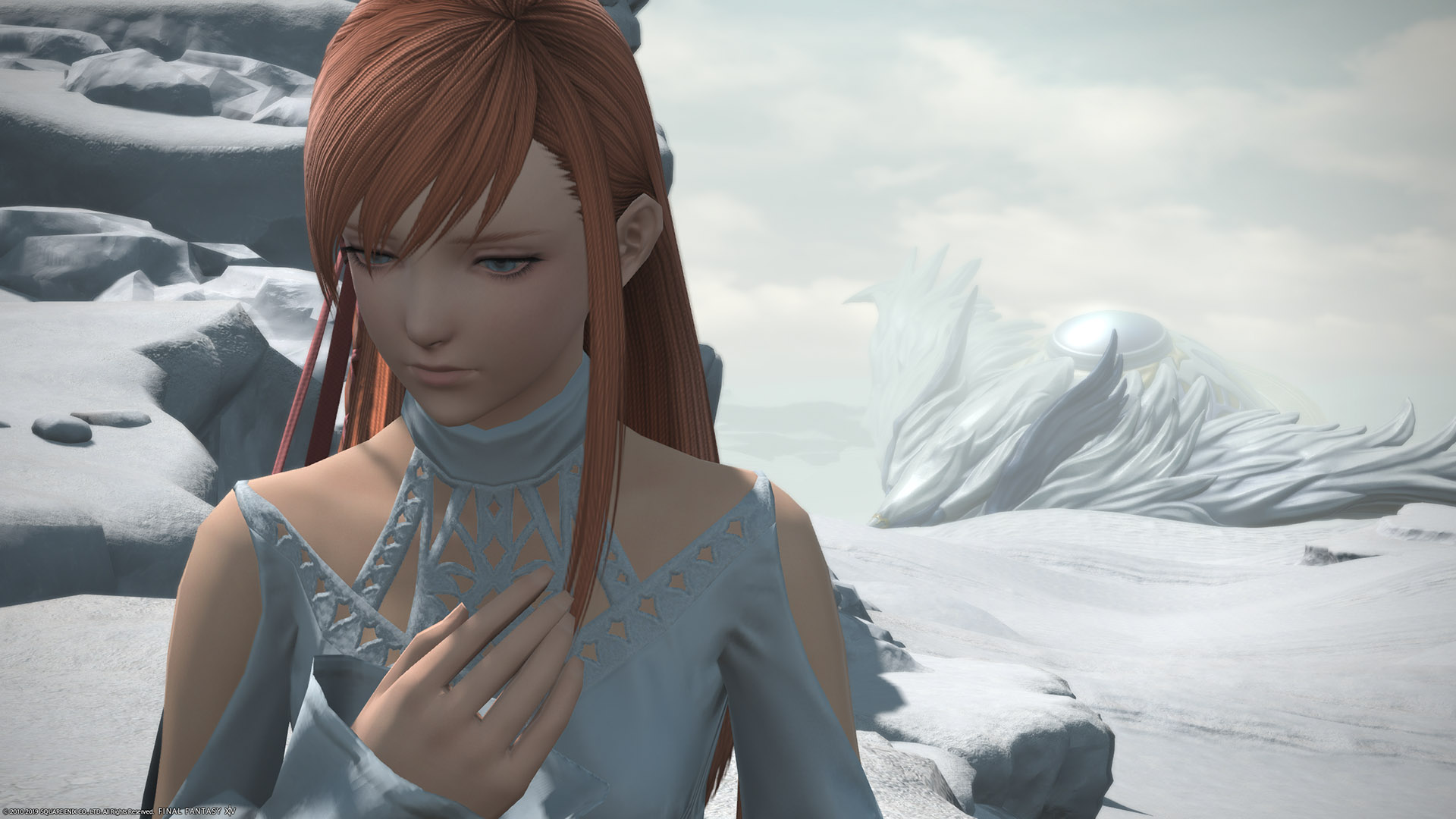 Just as before, the drops are currently restricted to a single item per raid a week, so you’ll have to plan accordingly. The biggest difference, though, is that now everything can drop in each raid. No longer will you have to play the final raid over and over again to get the items you can exchange for the chest piece; now you can obtain them from each of the raids, which is a more than favorable decision. In addition, the exchangeable items are more properly represented. Before they were shaft, crank, spring, and so on, but now they’re simply armor, gauntlets, greaves and so forth with an icon that best illustrates what you’re getting. I don’t know why it took Square Enix this long to do this, but it’s a more than welcome change.

The first set of Eden raids is the cherry on top. We got such an unbelievable release a couple of weeks ago, and for even more great content to roll out so soon, it feels like we’re being spoiled. Unfortunately, now we have to play the waiting game. Eden Savage will be out at the end of the month, but if we’ve learned anything from the past two expansions, there will be around a three month wait before 5.1 is out to the masses. Granted, there’s still a staggering amount of content to get through in both Shadowbringers and Final Fantasy XIV as a whole, but hopefully Square Enix adjusts certain aspects of the game (such as Eureka Hydatos) to encourage both new and existing players to dig in them even further.