With the latest 5.1 patch in Final Fantasy XIV: Shadowbringers, we not only saw a lot of improvements to current systems, but also received a bevy of new content ranging from Beast Tribes to a phenomenally well-designed Alliance Raid. While we covered the latter, it’s now to talk about the Extreme trial, Minstrel’s Ballad: Hades’s Elegy.

I’ll try to keep spoilers to a minimum, but considering Hades’ involvement in the story, you should have finished Shadowbringers before coming here. Also, knowing the fight by reading this guide or watching a video is far different than actually experiencing it. Be sure to either practice with your statics or find the plentiful prog runs that are flooding the Duty Finder during the day. 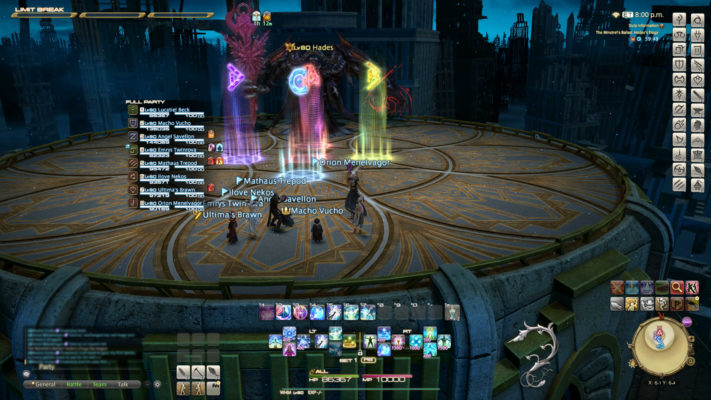 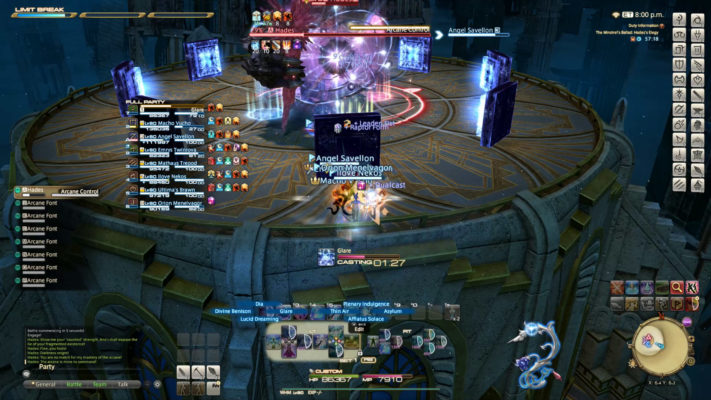 Ancient Double: The first part isn’t too different from the original fight, just now with a couple of attacks that double up. This of this if you cast Double in other Final Fantasy games.

Shadow Spread: Everyone must be in their placement here. Do not overlap otherwise you will die. When the spread hits, there will be safe spots where it didn’t touch. Immediately go to that little patch to avoid death.

Bad Faith: A very easy mechanic to dodge. A wall of spikes will appear on both sides of the arena, one facing north, the other south. Simply position yourself behind the wall. Immediately after it goes off, move to the area that just got hit as Ancient Double will cast this again but in the opposite direction.

Ravenous Assault: A two-hitting tank buster. There are potentially two in this phase (depending if you get to it). It’s best for the main tank to use their invulnerability ability on the first one, and if you get to the second one, have the main tank one hit, and the off tank provoke and take the second.

Arcane Attack: There are two different attacks that this can be.

Broken Faith: Not a whole lot has changed here from the original fight. There’s just a lot of dodging the platforms that come down from the sky. Alternatively, if your healers are up to it, you can still soak the two in the middle and generally get away with it. It really depends on your party make-up. If there’s a lot of casters, this might be more ideal.

At this point, you’ve seen all the mechanics of the first phase. He’ll repeat next with the second Arcane attack which is followed up by a Shadow Spread (remember to immediately get into your positions), Bad Faith and then Ravenous Assault. Each phase does have an enrage, so be careful. Hades will need to be at 10% to get to the next phase. 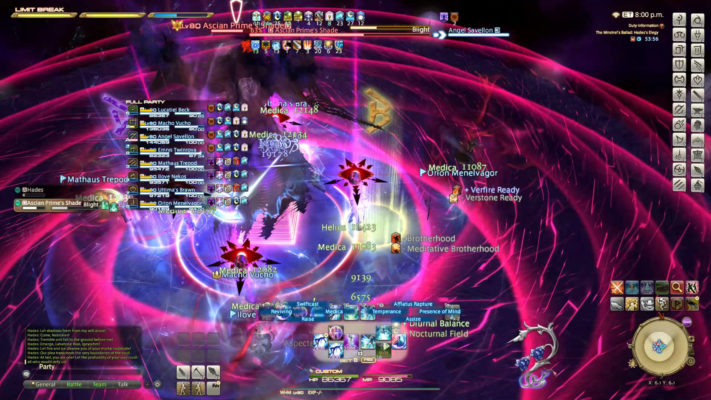 This is arguably the hardest section of the entire fight because it’s very easy to misplace a mechanic and kill a tank, ultimately ending in a reset.

Congratulations! You’ve successfully (I hope) made it through Phase two. This makes the next two phases look like a stroll in the park, but that’s just because there’s a lot of mechanics that can insta-kill anyone not in the right position. Back to Hades! 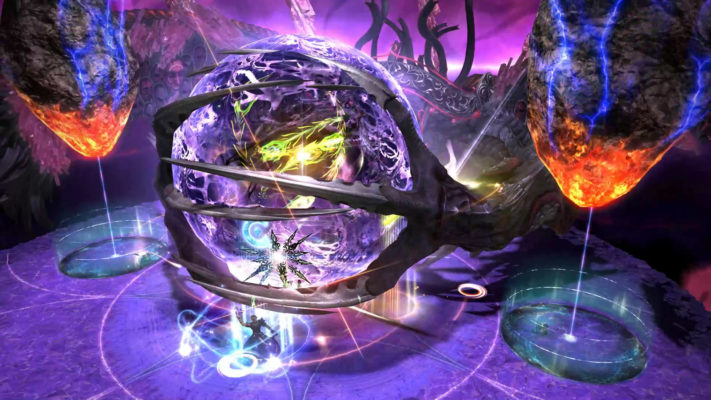 Again the Majestic: This will do two things. Firstly, it will summon comets on the north and southern parts of the arena. Just like everything in this raid, have tanks move clockwise and soak them. Additionally, this will target one healer who needs to move out of the group. This will grab them and trap anyone in the AOE in an “Aetherial Gaol” that will kill them if DPS is slow.

Again the Martyr: This is a mechanic I’ve seen lots of farm parties even have some trouble with as it looks like a whole mess that’s going on. Healers will get a stack marker while DPS have an ice AOE.

Again the Abyssal Celebrant: There will be six line AOEs that’s similar to Shadow Spread going out, along with line stack on the healers.

Dark Seal: He will place two expanding orbs on the platform, one east, one west. Make not which is closest north. You want nothing to do with that side.

Two Attacks: At this point you should stack in the north and as the orbs are expanding, he’ll cast both of these attacks consecutively, so get ready to move.

This will happen twice before Hades begins to cast his enrage. You need to bring his health down to 30% to move onto phase 4. You will also need to button mash in an “Active Time Maneuver” to get out of Hades’ hold. 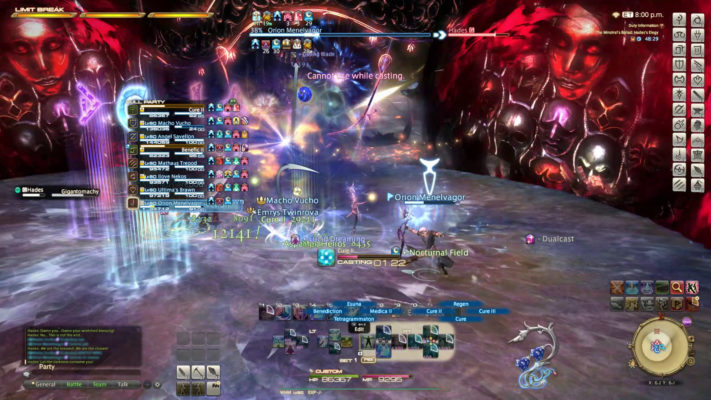 Welcome to the final and by far the easiest phase. This is a healer-heavy portion, so hopefully they’re on their game.

Dark Current: Hades will summon exaflares from both sides of the room. Don’t panic as there are three easy steps in not getting hit once.

Essentially move up, then down, then up again to remain in a safe spot.

Gigantomachy: A massive raid-wide attack, bringing all but tank’s health generally below 50%.

Quadrastrike: This is a nasty combo. It starts with two raid-wide hits followed up by two towers that tanks need to soak. Finally, Hades will unleash another raid-wide attack that (hopefully) your healers have gotten everybody’s health back as this also hits for more than 50% HP, not to mention adds a bleed effect.

Hades will then do the same attack combo again, Dark Current, Gigantomachy and Quadrastrike. After this point, he will begin to cast his enrage of Gigantomachy. I’ve wiped at 1% before, where Hades’ health was at around a quarter when he started casting.

And there you have it. Enjoy the two totems, and hopefully you get the weapon you’ve been looking for, the Faded Copy of Invincible, Hades’s Auracite (for crafting a trophy or barding) and of course the new Dragon mount.