It’s not easy making a good first impression. Gamers don’t like to wait. We like our action, our adventure, and we want it all now. While many games take a long time to show their best moments, there are rare instances where the game hooks you from the start. Making those opening moments valuable can mean a lot to keeping a gamer’s attention. Here are five games that know how to make a good first impression: 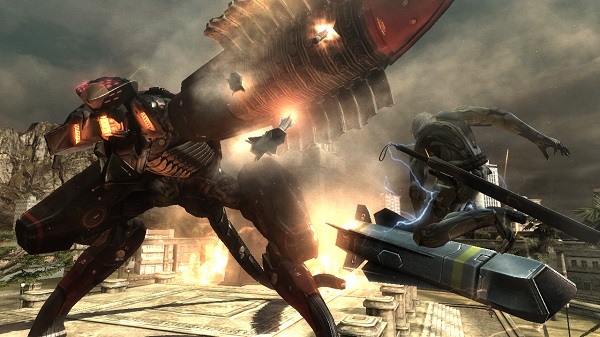 Metal Gear Rising: Revengeance didn’t have a good reputation early on. A Platinum Games-developed spinoff of Metal Gear Solid, Revengeance follows Raiden, now working with the government to defend key political figures. But his diplomacy skills pale in comparison to his skill with a blade, and Metal Gear Rising’s over-the-top opening act proves that in spades. Raiden is armed to the teeth with hack-and-slash skill, ripping through enemies like a lawnmower through a pile of leaves. But the first major boss fight is a defining moment not just for the game, but for everything Platinum Games stands for. Metal Gear Ray’s boss fight starts off with hacking, slashing and dodging attacks, a staple of Platinum Games titles, but once you’re slicing through incoming missiles with your sword and using rockets like stepping stones, you begin to understand how crazy this game can get. The final sequence features Raiden running down a skyscraper and avoiding lasers for a climactic finishing blow, backed by the metal anthem “Rules of Nature.” This boss fight leaves one of the best first impressions of any action game. Platinum Games’ reverence for action-hero over-indulgence is on unbound display here, fulfilling their iconic design philosophy at 110 percent.

While the first Uncharted was a fun, if flawed game, Uncharted 2: Among Thieves flipped the switch right out of the gate. The game opens with hero Nathan Drake injured in a train car that hangs precariously over a snowtop cliff. With the train slowly breaking apart, Drake has to climb up the side to safety. Every move drips with tension as panels and railings spontaneously detach from the car. There’s no room to breathe in Uncharted 2’s opening act, but that only makes the scene better. This opener sets the tone for the action-packed, edge-of-your-seat intensity that defines Uncharted 2. By putting the player in a dangerous situation from the word go, Naughty Dog cranks the tension up to 11 and keeps turning it up from there.

Resident Evil 4 redefined Resident evil. The early games relied on static camera angles and restrictive tank controls to make the player feel confined and nervous. Resident Evil 4 broke the trend by opening outside of an eerie European village, in an open-ended environment with no tight corridors or claustrophobic camera to speak of. The scene drips ambiance – a must in any horror game – even under broad daylight. That slow walk to the village is profoundly frightening. Enemies snarl and attack, bear traps lie waiting to snag your legs, and tripwire explosives are woven throughout the woods. There’s no safety Resident Evil 4’s opening act, but it offers ample opportunity to learn the new controls. Though it’s a strong contrast to the eerie hallways of past Resident Evil games, Resident Evil 4 was able to balance the freedom of a more spacious world with the fear of its more cramped predecessors, all within the first few minutes of the game.

Bioshock’s opening scene was far from intense, but it was one of the most memorable openings of its generation. After a plane crash leaves hero Jack stranded at sea, he swims to a nearby lighthouse. There, Jack discovers a bathysphere, which lets him descend to the ocean floor and see the underwater Eden-gone-wrong, Rapture. The game eases the player into its dense atmosphere with projector slides straight out of 1960 and Andrew Ryan’s compelling monologue, but that first view of a living, breathing city beneath the waves has stayed with gamers since the game was released. Whales swimming under bridges, fish circling in front of neon-lit signs – Bioshock’s world felt real before players even set foot in it. It’s all capped with that timeless quote from Ryan: “No gods or kings. Only Man.” When you read that line with Ryan’s scowling statue behind it, you know that Bioshock isn’t going to be a typical shooter. Bioshock builds a scene, a world, and a mood with expert craftsmanship. 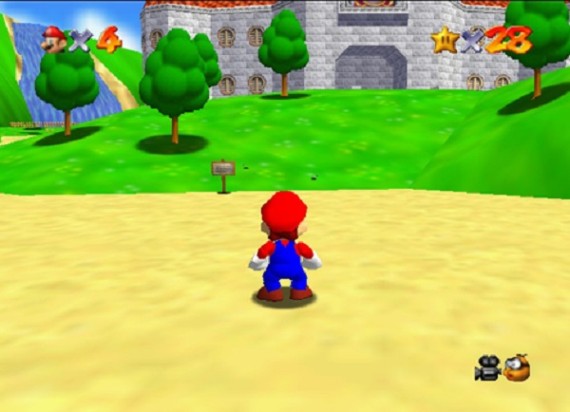 Before you even get to the first level of Super Mario 64, you’re free to run and jump around the castle – you don’t even need to go inside. Who didn’t take time to explore the courtyard? Super Mario 64 was one of the first 3D platformers, but unlike Sonic 3D Blast or Crash Bandicoot, Super Mario 64 set the benchmark. It broke down the walls of a 2D perspective and gave the player freedom unlike anything seen before. Players were given all of these new moves to try out, and an expansive environment to experiment in. Super Mario 64 was an open toolbox and we were the building crew. The courtyard itself let gamers experience 3D freedom in its best form and take advantage of the game’s ingenious concepts at our leisure. The moment that you saw Mario in the courtyard with Lakitu holding the camera, you knew that things were never going to be the same again.

Be sure to share your own favorite opening acts in gaming in the comments!