In games, we’ve seen countless icons rise to the top of the ranks as some of the most important heroes and heroines of our time. They get sequel after sequel, spinoff after spinoff, always recognizable and always in the public eye. But heroes usually have followers, specifically in gaming, sidekicks. Sidekicks are generally there to, as Barney Rubble once said, “make the stars look better.” But sometimes, they take that extra step. They contrast the main character so much that their flaws come to life and the sidekick’s strengths come into view. Here are five sidekicks in gaming that, in one way or another, trounce their counterparts. These are sidekicks that surpass the stars. 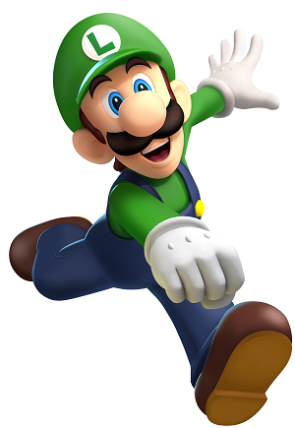 As I’ve said before, Luigi is just a better character than Mario. While Mario has risen to icon status in the world of gaming as one of the most recognizable characters in its history, Luigi’s been shoved aside as his brother and nothing more. But Luigi’s Mansion on Gamecube opened up the doors for the second banana. We were introduced to a nervous, but determined Luigi, one whose heroism was delivered with a steady stream of personal insecurity. Every single moment in Luigi’s Mansion displayed Luigi’s charming cowardice, but that cowardice made him a much more expressive and interesting character than his older brother. From that point on, Luigi constantly showed a timid strength. While Mario was the enthusiastic hero, never backing down, Luigi set forth on his own adventures as a much less confident character. Mario never had personality. He simply was a representation of the wonder of gaming and the gamer’s freedom itself. He was a fine symbol, but a downright terrible character. Luigi did what his older brother could never do: actually make me care about a Mario brother’s ordeals as a hero. 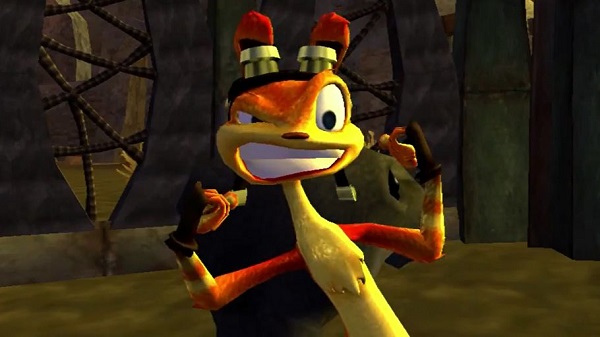 The original Jak and Daxter: The Precursor Legacy was the second round for Naughty Dog, who embarked on a new platforming journey after their successful Crash Bandicoot series. We were introduced to a silent protagonist named Jak and his loudmouth pal-turned-ottsel Daxter. Daxter filled the gap that Jak’s silence left, offering more one-liners and snarky quips than any other platforming character at the time. He always had something to say and it was always funny. Daxter’s importance was amplified once Jak started talking in Jak II. The lack of silence made Jak’s character much less interesting, as that imbalance of outspokenness is what gave Jak and Daxter synergy in the first game. In Precursor Legacy, Daxter channeled the speech for both characters, never letting a situation pass without a goofy line escaping his mouth. Daxter even got a starring role in his self-titled PSP game, but with the Jak and Daxter series in a cloudy limbo, it’s a shame that we won’t be able to hear his Nathan Lane-y, Timon-inspired dialogue again (or at least not any time soon). 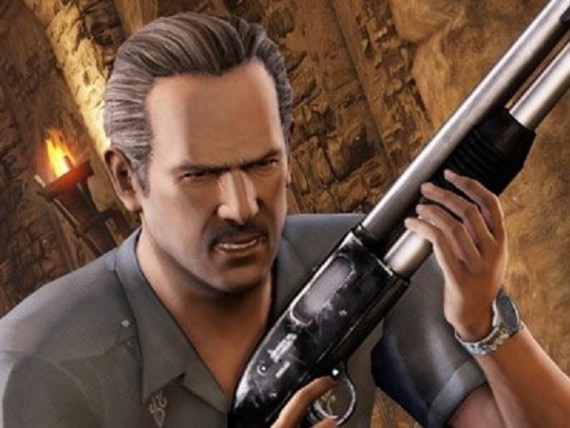 The Uncharted series has become one hell of a wild ride. With Nathan Drake leading the seventh generation as a charismatic treasure hunter, it’s easy to forget how great his sidekick Victor “Sully” Sullivan was. Compared to Drake’s sly, devil-may-care youth, Sully was a jaded, wise-cracking veteran who constantly put up with Drake’s over-the-top antics. He was older (and at one point was Nathan Drake’s mentor), and that sense of “I’ve seen it all before” is why he stands out against Drake. No disrespect to Nathan Drake, as I still find him to be one of Playstation’s best new characters, but Sully was that exasperated elder who always told Drake to simmer down, all with a cigar in his hand and a cunning smile on his face. His dialogue is so representative of his veteran status, all capped off with some excellent voice work from Richard McGonagle. Nathan Drake is an excellent protagonist, but his old pal Sully is a better character by far.

Hal “Otacon” Emmerich is introduced to the Metal Gear Solid series as a frightened, defenseless scientist who routinely assists protagonist Solid Snake in his battle against Liquid Snake. He was a “nerd” character down to its most fundamental of stereotypes, from his cowardice to his weird obsession with Japanese anime. He works in the background and is clearly not a front-lines guy…in Metal Gear Solid 1. But when it comes to providing a believable and overall impressive development as a character, Otacon is right up there with Raiden. The fact that Otacon debuted in such an unflattering way (literally wetting his pants) contrasts with the fact that his later forms are outgoing, involved and almost daring in mood. He still works behind the scenes for Snake as far as Metal Gear Solid 4: Guns of the Patriots, but he does so with so much more confidence and guts than before. He becomes thoroughly involved with characters like Naomi Hunter and Sunny, who Otacon eventually became guardian of. His personality is unquestionably progressive for such a perceived wimp (a major contrast to the always-business badass of Solid Snake), but he still keeps the same goofy support role that he started off with. Otacon’s story easily surpasses his role in MGS 1, but he’s still considered a wimp by many. Quite frankly, that’s very unfair. 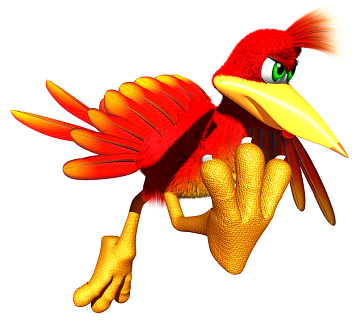 Banjo and Kazooie might both share the title of their platformer debut, but there’s a clear preference in who gets the most attention. As Banjo-Tooie taught us, Banjo is really the guy who gets the stardom, but Kazooie’s disappearance from the sequel’s title hides the fact of how boring Banjo himself is. He’s heroic, but dim, a carefree honey bear who dislikes confrontation and loves sleeping. But Kazooie is the hidden blade; a snarky, opinionated breegull who will chew out any character, regardless of their weight, species, or moral alignment. She’s mischievous, greedy, and an overall scathing character…but that’s why she’s awesome. She’s a clear-as-day name-caller, but she does care about the characters enough to sit in Banjo’s backpack for an entire game (and half of a second). All of the best dialogue comes right from Kazooie; Banjo really doesn’t say anything interesting, and when he does, it’s in combination with Kazooie’s. The fact that Kazooie only had half of her name in Banjo-Tooie’s title is a pretty low blow, especially considering that she’s so much funnier a protagonist than the clueless honey bear whose backpack she lives in.

Any other sidekicks who make a bigger splash than the stars? Share them in the comments!