The big Steam holiday sale recently came to a close, and gamers once again had their choice of hundreds of games discounted to an extreme degree. A running joke among gamers is to lament Steam sales for being too enticing to pass up, resulting in overflowing Steam libraries full of far too many games to play. The joke is mostly tongue-in-cheek, as most gamers would agree you can never have too many games, but I think there is a real conversation to be had that extreme sales do more harm than good. I’m not sure I even agree with that sentiment, but there are certainly repercussions to being able to get games at such steep discounts. 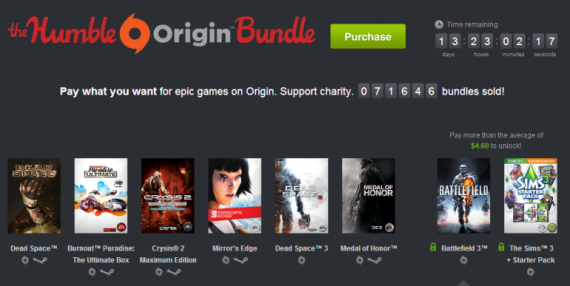 Recently, the CEO of Good Old Games stated that the overabundance of drastically discounted games has begun to devalue this industry. He argued that if the expectation is that games should be available for such low prices, gamers will be less and less willing to spend full price on any game. I don’t know that I 100% agree with him, but there is certainly something to his statement. I know I personally only spend $60 on a game if I absolutely can’t wait to get it post launch. In 2013 I only paid full retail price for 4 games. I pre-ordered Bioshock Infinite (but did receive XCOM: EU, Spec Ops: The Line, and the original Bioshock as bonuses), picked up The Last of Us and Grand Theft Auto V on launch day, and had Killzone: Shadow Fall bundled with my PS4. Every other game I bought this year I paid far less than full price for, and across Steam, Humble Bundles, and Playstation Plus I probably received dozens of games for about the price of one full priced game at launch.

Now, as a gamer on a budget, being able to get so many games for such little money is fantastic, but is it good for the industry? As a consumer, my first instinct is to say heavily discounted games are great. Gamers that don’t have unlimited funds can play far more games per year these days than was ever possible in the past. As far as low priced games hurting the industry, it’s a simple example of supply and demand. Not all games are quickly discounted, and the ones that can command a high price don’t drop, which is exactly how a free market works. Sure, there are some gamers that have taken a hard stance to never pay full price for games again, but the majority will still throw down $60 for the games they really want. As much as I like getting games on the cheap, nothing is going to stop me from getting Infamous: Second Son or Destiny on launch day.

Another element of this discussion is less business and more gamer culture. The idea of having a backlog of dozens of games in your game library that you’ve never even played, let alone finished, is a relatively new concept. Looking at my collection of physical 360 and PS3 games, I’ve finished over 90% of them, and have at least played all of the ones I haven’t finished. However, looking at my Steam library, at least half of the games there I have never even installed, and many more that I just briefly tried out. The reason, obviously, is that getting in the car and driving to the store with the intention of buying a game (likely for $60) takes much more commitment to actually play the game than being casually interested in a title that happens to be $5 on Steam. Not to say there is anything wrong with picking up a game you’re somewhat interested in because it’s cheap, but I feel like Steam has created a sense of obligation to take advantage of great sales rather than just buy games you genuinely want to play.

While I’ll admit that I sometimes consider holding off buying a game at full price in the hopes that it will go on sale later, I still don’t think there is much merit to the idea that sales are hurting the industry. If I want a game bad enough, I’ll get it at launch, and I think overall gamers would rather pay than wait for a game they are really excited for. Sales are simply a great low risk way to try out games that were never going to be a launch day purchase. The number of games being purchased at ridiculously low prices and then never played is at an all time high, but there’s really nothing inherently wrong with that. At least there will always be a new game to play.