NISA is a busy little company, constantly bringing over a variety of unapologetically Japanese RPGs in various forms and sub-genres. We caught up with Ryan Phillips, NISA’s Marketing Coordinator, at the Game Developers Conference and he gave us a rundown of the games they’ll be publishing in the coming months. We got a good look at everything through Fall, with a few small drops of information on what’s coming after, and the commitment to variety looks to remain as strong as ever.

First up is Time and Eternity. Like all three of the games on display, it’s a PS3 exclusive that will be available both at retail and via PSN. In this one you’re a prince who’s been killed on his wedding day, but as it turns out the woman you were marrying possesses two souls, and the two can work together to control time. So that’s handy. As you go back in time over and over again you’ll solve the assassination attempt, help the townsfolk, and, of course, fight a whole load of battles. The real-time fighting is a one-on-one affair, although other creatures might be waiting their turn in a single encounter. One of the big draws is the HD anime-style art used throughout, both in cut scenes and battle. Characters and enemies are high-def 2D sprites operating in a 3D world, and fully animated to boot. At the very least, Time and Eternity promises to be a fun little oddball when it lands this Summer. 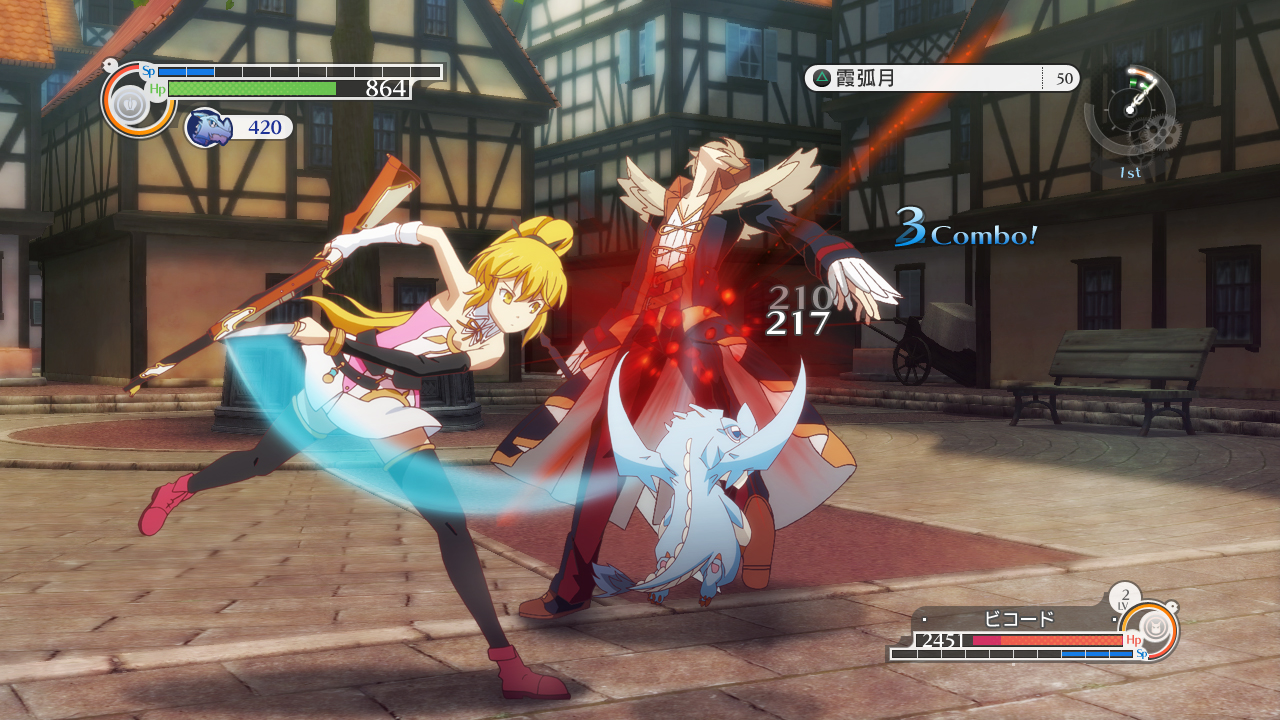 The Guided Fate Paradox is game number two, scheduled for Fall. It’s a rogue-lite dungeon crawl with art and character design by Noizo Ito, the original illustrator of The Melancholy of Harumi Suzumiya. You’ll play as Renya, the generic “typical high school student” who seems to end up in so many of these types of situations, this time having won a raffle at a mall that awarded the power of a god. Renya plans to use his new near-omnipotence to grant people’s wishes, traveling through the dungeons of Copy World in order to effect change in the real world. The Guided Fate Paradox is meant as a friendlier version of the rogue-like, with a more forgiving learning curve and slightly lesser penalties for dying. You may lose items, but at least you get to keep any levels earned. Of course, some of those items can be pretty strange, because customization is taken to some fairly high extremes. Want to replace your legs with tank treads or a Prinny-car? By all means, have fun with it. Guided Fate Paradox promises to have a nice amount of Weird crawling through its dungeons. 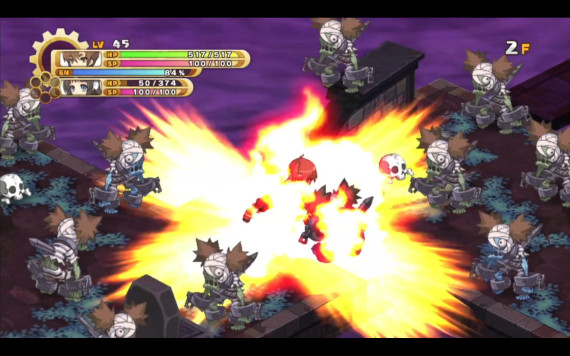 The final game is Disgaea D2: A Brighter Darkness. This takes place between Disgaea and Disgaea 2, and concerns Laharl’s quest to be respected as an Overlord of The Netherworld. The Brighter Darkness of the title refers to a somewhat lighter story this time out, complete with brighter color scheme to make the depths of hell that much cheerier. The basic gameplay is the turn-based strategy Disgaea is known for, but introduces the Ombu system where humanoid characters can piggyback non-humans for some heavy-overkill combo attacks. The cast of Laharl, Etna, and Flonne return, and bring a few new friends to the mix as well. The current plan calls for getting as much of the original voice cast as possible to reprise their roles, but that’s still a work in progress. 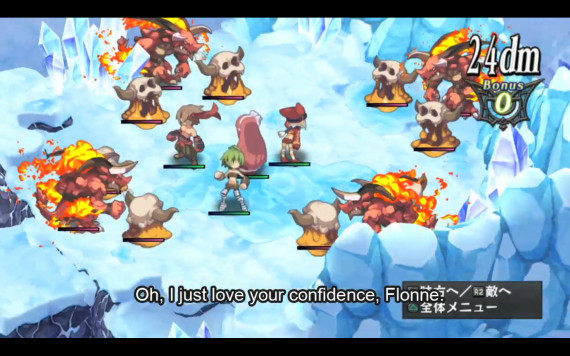 While those were the big games being talked about, there were a few more small details available as well. Black Rock Shooter is a PSP (yes, PSP) anime-based action/RPG that’s been in the works for a while now, and should be along one of these days. The Witch and the Hundred Knights is a sharp-looking PS3 action/RPG that’s still being finished up in Japan, so a US release window just isn’t available yet. Hopefully we’ll see this one at E3, in which case we’ll have some hands-on info for you then. Whether either of these two manage to poke their heads above ground, though, NISA is set for Summer and Fall releases with a good variety of RPG entertainment.