What is it with Dreamcast games that refuse to die? Under Defeat is the latest refugee from Sega’s doomed white box of happiness to get a new lease on life, and a little hands-on time with the PS3 version shows that it’s held up well through the years. The shooting action is more classic arcade than bullet hell, with enemy fire being more restrained yet also more dangerous due not only to aim, but the helicopter’s hit box being bigger than bullet-hell’s traditional microscopic dot.

As shooters go, Under Defeat HD is pretty basic, which can be refreshing when you don’t want advanced calculus to figure out a scoring system. The helicopter flies up the screen, which has been reconfigured from its arcade origins to fit properly on a 16:9 layout in the standard New Order mode. When you hold down the fire button you shoot a stream of bullets, but letting go allows you to change the heli’s firing angle. Move left to aim left (or right, if you choose the mirrored option at game’s start), then keep firing to retain that angle. Once you’ve got a sense of the level’s layout, a bit of advance planning with angle of attack makes life much easier, as does good usage of the helper option. Letting up on the fire button fills up a gauge very quickly, which then spawns an AI helper using whichever weapon you’ve grabbed as your last power-up. It hangs about for a short while, helps you thin the ever-intensifying enemy herd, then disappears until you either find or manufacture a break in the action to summon it again. It’s a very straightforward pair of abilities, but finding time to use both to full effect while being bombarded by constant waves of air and land-based enemies will keep you on your toes on even the earliest levels.

Under Defeat HD’s upcoming US release will finally make the game available to those who didn’t import the Dreamcast version back in 2006. There will be new modes as well as classic, new ships to choose from with different strategies required, and even a soundtrack included in the package. The original Under Defeat was a solid, fun, enjoyably frantic shooter that deserved a bigger audience than the Dreamcast’s last remaining die-hard fans, and now everyone can get a chance to play it. This time around, there’s no reason to miss out. 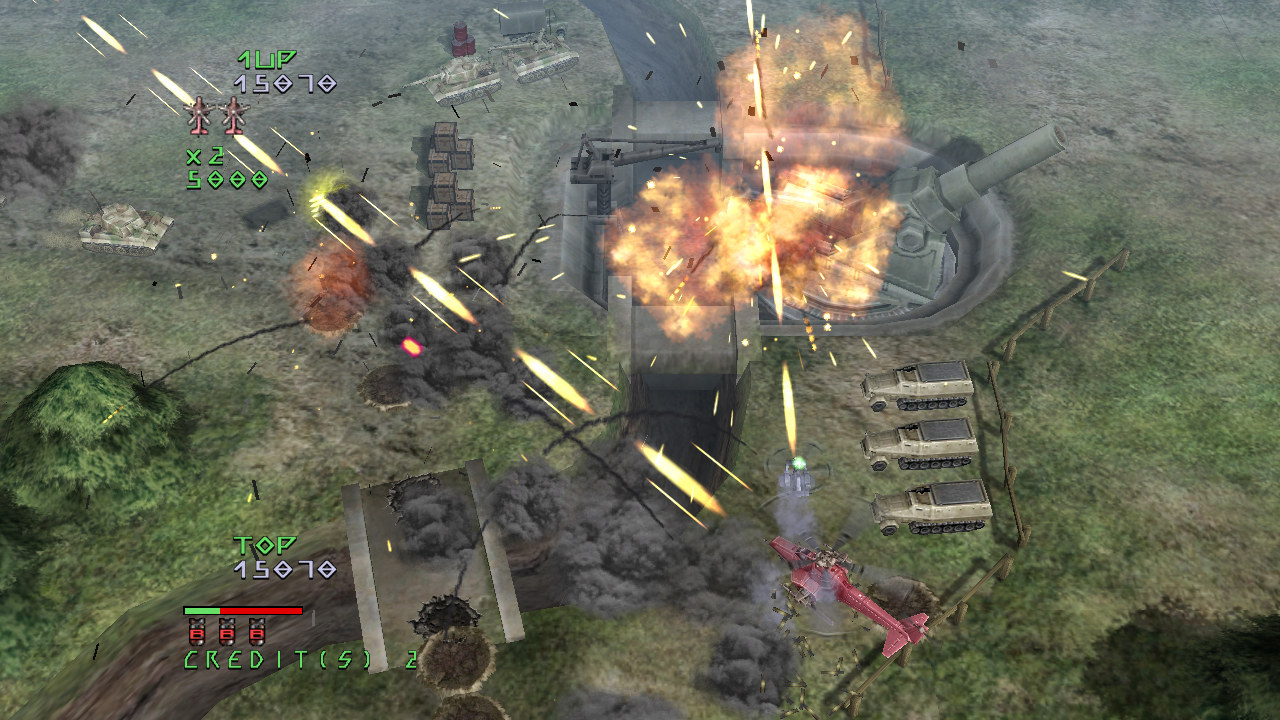