Sandbox games have grown exponentially since Grand Theft Auto III angered politicians in the early 2000’s. After that massive financial success, nearly every series on the planet was looking to bring their heroes and heroines into an open world. New series popped up all the time, many of them flops, but the sequel to one of those games would change the way we think about the genre. Embracing freedom, encouraging momentum, and denouncing tedium, Just Cause 2 shook the open world to its core. 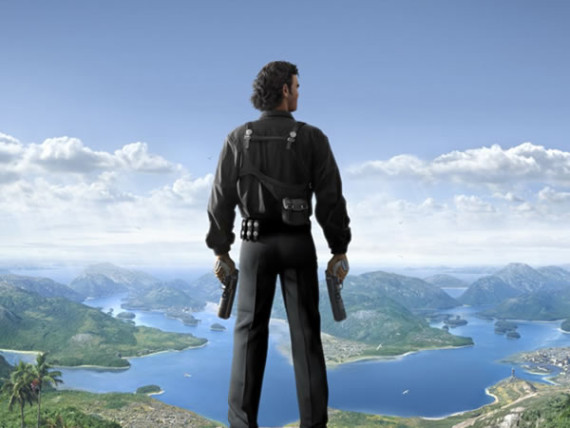 2006’s Just Cause was an ambitious open-world game with multiple vehicles, non-linear mission structure, and an expansive continent to explore. The game was remarkably open-ended, but suffered from that ambition with numerous bugs and repetitive missions. Despite heavy criticism, Just Cause became a commercial success for publisher Square Enix and a sequel was put into development.

Just Cause 2 was released four years later to an overwhelmingly positive reception. Like Red Dead Redemption, Just Cause 2 is so improved compared to its predecessor that you could practically forget it’s a sequel at all (if not for that pesky 2 in the title). Just Cause 2′s grappling hook is by far one of the greatest transport methods in the history of the genre, making long trips across the massive island of Panau quicker and more enjoyable. Even more impressive than the scale of the world is its destructibility. Leveling bases is addictive, and the game encourages chaos at every turn.

Where in Grand Theft Auto destructive urges are a distraction, Just Cause 2 lets players unleash them. In many ways, Just Cause 2 is a spiritual successor to the PS2/Xbox gem Mercenaries: Playground of Destruction. The two games are both based around a faction system, and give you all the explosive toys you need to level a virtual nation in hours. But Just Cause 2 focuses on movement and fluidity, and cuts out the downtime between missions with constantly updating objectives and plenty of side-quests to complete. Embracing the devil-may-care panache of an 80’s action flick, Just Cause 2 is an open-world game that wants nothing more than for players to have fun.

Avalanche Studios’ work on Just Cause earned them the chance to play around with big franchises. 2015’s Mad Max is set to bring that same insane degree of freedom to the world of the Road Warrior. Even with such an amazing project on the horizon, the Just Cause series is still an important keystone in the open-world genre. Its balance of scope and accessibility is tough to beat. 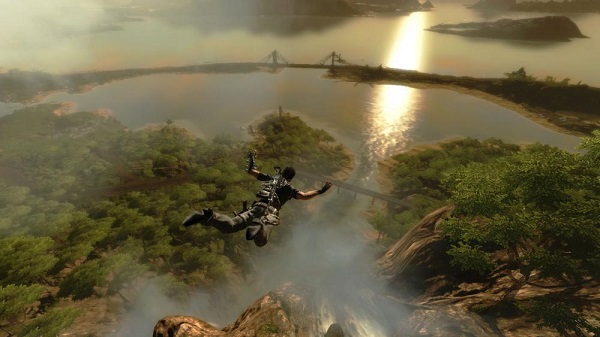 During Just Cause 2’s release window, players were still hooked on city sandboxes like Grand Theft Auto IV and Saints Row. Series like these were becoming bigger and bigger… maybe even too big. getting around the city and completing tasks became an exercise in micro-management. All of the dead air between missions made those huge worlds feel oddly confining.

Just Cause 2 isn’t the first game to reject that ideology, but it is the game that most embraces the essence of sandbox design: freedom. Just Cause 2 cuts out  narrative complexity, streamlines navigation with its grappling hook and parachute, and makes its side-quests feel rewarding rather than distracting. The main quest is far from the most important part of the game. Avalanche Studios showed up their bigger budget peers by trimming the fat from the bloated sandbox genre. Grand Theft Auto IV looks downright pretentious in comparison. It was the shot in the arm the sandbox genre needed.

We need another Just Cause. With new tech, Avalanche could make the world prettier and even more expansive. And I don’t just mean “bigger” when I say that; a larger world is only part of the equation for Avalanche Studios. A new game could give players even more to do, maybe even with friends in tow. Just Cause 3 might be a pipe dream due to current licensing by Square Enix, but Avalanche Studios’ interest in revisiting the franchise inspires hope not just for the series, but for open-world games everywhere.