Video games take a while to make.  Every once in a while you get one that shows up out of nowhere and is released a month or two later, but for the most part you’ll hear about something today and remember it in a year or two when it finally arrives.  One of the problems with Kickstarter is that it’s easy to get enthusiastic today for something that’s going to take a very long time to be playable, and the time between pledge and game access isn’t exactly short.

In 2012 I backed a large number of projects and wrote up all the things that caught my attention in a 4-part series, Kickstarter Report Card.  It graded the games mostly on the ability of the developer to communicate, but part of it was about delivering content as well.  Needless to say, the proportion of projects that delivered vs those that didn’t wasn’t particularly impressive, especially seeing as nothing persuaded me to spring for early access.  Still, that wasn’t the fault of the developers.  Now it’s a year later, though, so it might be worth looking at the numbers again after a reasonable amount of time has passed, to see who got something into backer hands and which ones are still deep in development. 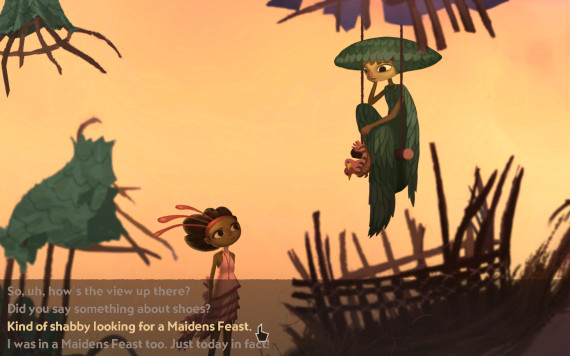 Double Fine Adventure– Nothing yet, final game divided into two parts, Act 1 gets released on Steam Early Acces in January for all backers.
FTL: Faster Than Light–  Released in 2012 year, with a free expansion coming soon.
Wasteland 2– Still in development, but the beta is getting some attention.  Which is nice if you backed at that tier.
The Dead Linger–  Available to all backers on Steam Early Access, and through the developer site for months before that.
Valdis Story: Abyssal City– Full game released this year, available on Steam.

The Banner Saga–  The multiplayer version was made available in early 2013, and the final game is 1/14/14.
Unemployment Quest–  One of the 2012 releases.
Drifter–  Beta available on the Humble Store, with Steam Early Access happening on the next update.
Carmageddon: Reincarnation–  Nothing yet, but the video of the suspension in motion is fairly mesmerizing.
Cloudberry Kingdom– Beta released to backers before the campaign was through, and the final game landed this summer.

Pinball Arcade: The Twilight Zone– Weird release due to the various possible platforms you could get it on, but 2013 saw it delivered.
Kinetic Void– Another one for the Steam Early Access pile.
Clang–  A terrible business model saw this game not actually canceled, but close enough.
The Crystal Catacombs–  Nothing yet, although beta backers have had access since mid-November.
Two Guys from Andromeda SpaceVenture–  Another game with nothing to play.  Development seems slow but steady.

Tex Murphy: Project Fedora– Looking so good it’s easy to forgive how incredibly late it’s running.  “Nothing yet” trifecta complete.
Volgarr the Viking– Came out on Steam this year.
Castle Story– Beta released in March, with an upgrade to Steam Early Access following hot on its heels.
Knock-Knock– Slouched its way to Steam in October.
Moon Intern–  Beta released to all backers in November to make up for development running late.

Perch– One from the 2012 crop.
Oddville– And another from 2012.
Planetary Annihilation– Beta invites sent to all backers as of early November, bringing them into Steam Early Access.
Mercenary Kings– Steam Early Access again, available to all backers since July.
Pinball Arcade: Star Trek The Next Generation– Like Twilight Zone before it, the release was staggered by platform but it’s done now.

Project Giana–  A 2012 release, but backers also got the expansion pack this year as a pleasant surprise.
Sealark–  Nothing yet, but the art is adorable.
Project Eternity– Can’t really complain about this one releasing nothing since it’s scheduled for 2014.
Timber and Stone– The beta is out but it’s still under heavy development.  Major updates are on the way.
Sir, You Are Being Hunted– Steam Early Access for all backers, and coming along nicely. 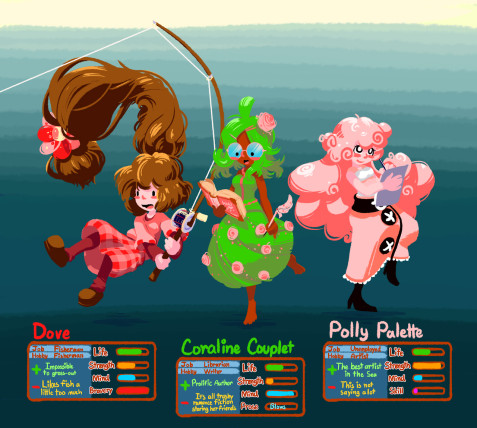 Distance–  Alpha access for those who sprung for it, but still a long ways off for those of us in the cheap seats.
Elite Dangerous–  Nothing but continued reports on how awesome the alpha is, but it also had a 2014 release date so that’s fair.
Tiny Barbarian DX– Released in May, Steam keys for all in December.
LA Game Space Bundle– 21 games from the bundle are available since September but there’s still more on the way.
Project Godus– Steam Early Access in September, but maybe it would have been better to wait.

Skyjacker: Starship Constructor-Released and updated with new content on a regular basis.
Girl Genius and the Rats of Mechanicsburg– In the hands of alpha testers, but otherwise nothing else.
Radio the Universe–  And finally, another 2014 release date that’s too early to worry about yet.

So what does that say about Kickstarter games?  As it turns out, roughly the same things we already knew.  Development is a long and unpredictable process, and some things come together more quickly than others.  There’s risks involved (stupid Clang) but the successes far outweigh the failures.  Steam Early Access isn’t entirely populated by Kickstarter projects but the percentage is pretty high.  And so on.

While the Kickstarter effect seems to be in remission right now, the results of the 2012/2013 campaigns are going to be having a pretty deep impact on the gaming world for a long time to come.  Indie darlings like FTL and more mainstream games like Planetary Annihilation may not make publishers on the AAA front reconsider endless gray/brown military FPSes, but at least they give people some much-needed choice in their gaming diet.  It may take a bit longer than expected as the deadlines whoosh past, but at least it’s a steady stream of new and creative titles.  That’s a result that will always be worth a bit of unanticipated waiting.