The web has been abuzz with so many Pokémon theories, speculations and questions, but no answers! Now, we add even more mystery to the debate. Just yesterday, a new Pokémon was revealed on “Pokémon Smash,” a Japanese TV show. This new monster shares many traits with the legendary Mewtwo. Both have similar body shapes, color scheme and powerful psychic attacks. 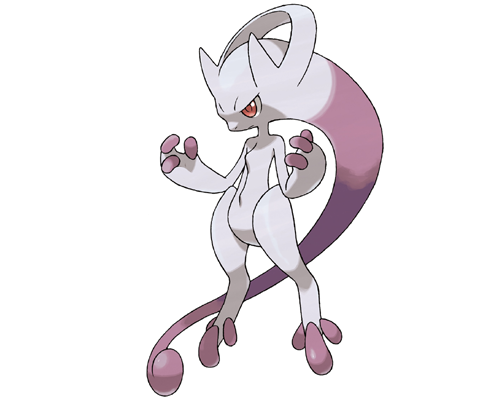 Fans have dubbed the creature “New-two.” Since Mewtwo was created using DNA samples obtained from Mew (another legendary Pokémon), could this be another attempt at cloning in order to create the strongest Pokémon in the world? The titles of Pokémon X and Pokémon Y may hold the key. X and Y are both used to symbolize chromosomes of the body and our genetic make-up will always have those letters present. To further make this point relevant, the Japanese logos for the game have visible DNA helix.

We may find out more details when the latest Pokémon movie comes to theaters in Japan on July 13, 2013. It features Mewtwo reappearing to help Ash from another legendary Pokémon—Genesect, who was also genetically altered. Answers will come in due time, keep those theories coming until then! Below is footage of New-two in action. Its power goes unmatched.