June has been one heck of a month for Warframe. Not only did we receive the long awaited Umbra Excalibur, which was nicely wrapped around compelling story missions, but we also picked up a brand new Prime update that should have a number of players happy. Limbo as a Warframe came out just under four years ago (44 months to be exact), and he wasn’t the most popular because his abilities could be detrimental to a team if not done properly. Fortunately, he had gotten better last year, and it only seems fit that he should be the next on the list to receive a Prime. Based on the scheduling, it could have easily been Chroma or Mesa, or someone a little further down the pipeline, but considering those two are already overly appealing, it might be better to give Limbo some love. We’ve taken a look at how this update holds up, and what stands out above all else.

Starting with the Warframe itself, last year’s rework did a number on Limbo. Because of this, Limbo has become a strong contender for one of the best Warframes to play as, but it comes at the cost of a higher difficulty curve. There are frames such as Ember or Rhino where their skillset is pretty straightforward in what they do, and fairly easy to play as. Limbo on the other hand requires a little bit more skill to properly utilize. The whole idea with Limbo is that he is able to move and send others between dimensions through a Rift. You’re able to trap enemies within the Cataclysm bubble, not unlike Frost’s defensive bubble, and nullify damage attacks from outside. This pairs amazingly well Limbo’s second ability which essentially freezes everyone inside the bubble, although they’re no longer able to take damage outside of the existing damage-over-time, and melee. The first and third abilities are a little trickier to work with, as Banish literally sends enemies to the other dimension, which can cause some confusion for other teammates who are unfamiliar with how Limbo works, and Rift Surge attaches itself to those inside the Rift and essentially helps suck in more attackers whenever someone is killed. 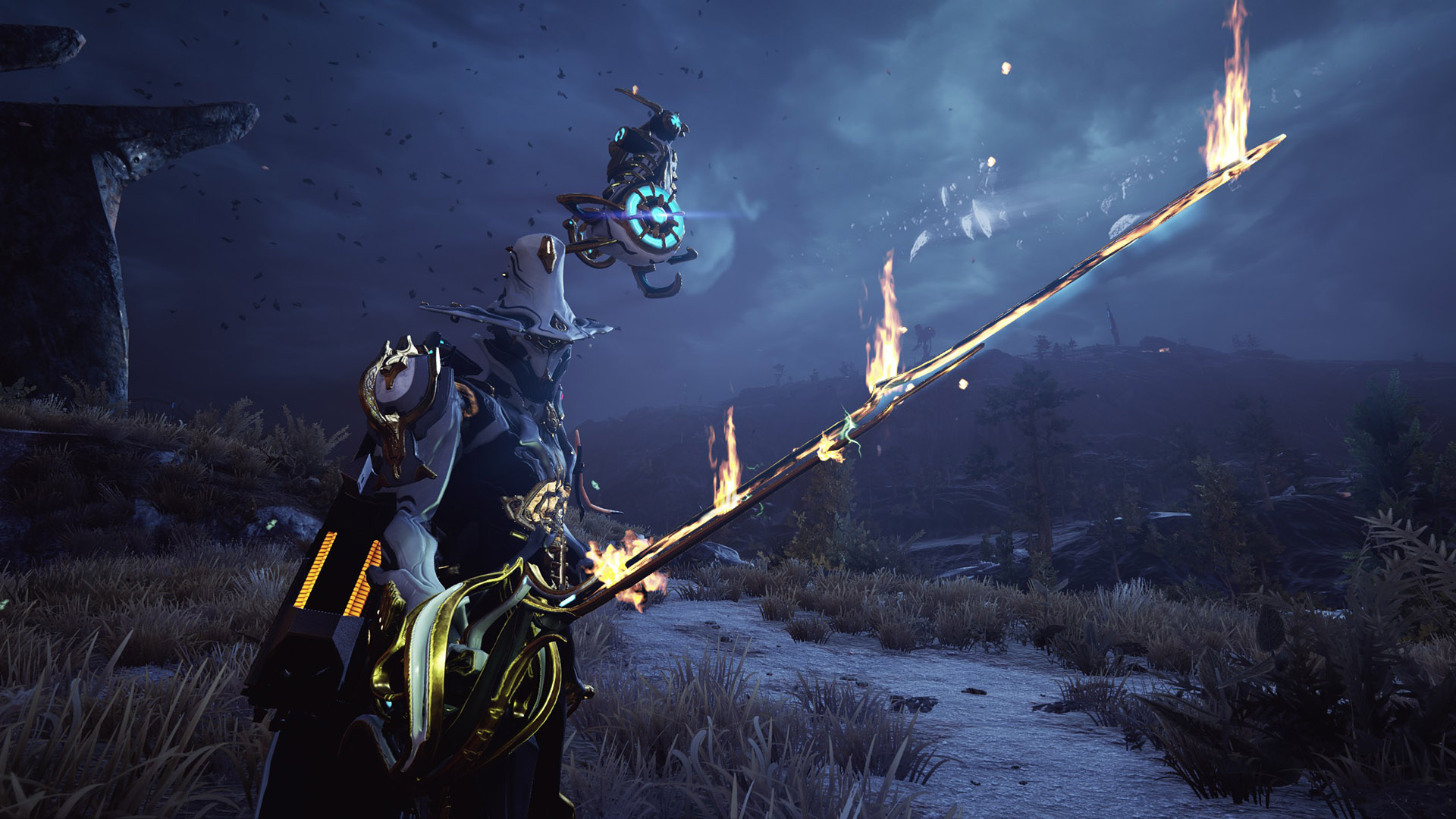 It’s all about managing your Rift and which dimension you’re in. You’re even able to shift in and out of dimensions by rolling (or in Limbo’s case, it’s more of a dash), which leaves behind a portal for teammates to use. He’s a very unique character to play as, and works surprisingly well for both solo and cooperatively play. While playing solo, you can enter a safe zone where all damage is void, which helps in sticky situations. Cooperatively you can freeze enemies in place and even allow your friends to enter the rift – great for activities such as defense or excavation. He’s incredibly fun to play as if you get him down, one that does require some work, but you’ll be rewarded in doing so. Outside of how he plays, Limbo Prime comes with a higher shield capacity, which if you’re skilled enough, you probably won’t even need all that much, along with an increase of armor, and your energy pool. It also comes with an extra two polarities, ensuring you won’t need to Forma him too many times.

Like every Prime update, there comes not only an enhanced Warframe, but a side of new weapons, and this update is a doozy. Alongside the agile Limbo comes the devastating Pyrana Prime, which packs one heck of a punch in a small package, and Destreza Prime, allowing for nimbler battles.

Pyrana Prime is arguably one of the best sidearms in the game. If there’s a good combo out there, it has to be a short ranged weapon, such as the Tigris shotgun, alongside an automatic rifle or submachine gun, such as the Akstiletto. That combo in particular worked amazing for myself, until I recently switched to the Supra Vandal assault rifle, which makes the Pyrana Prime the perfect sidearm. Not only does it have a widespread of so many pellets, but it’s essentially an automatic, as holding down the left mouse button will blow through a horde of enemies in a matter of seconds. Like the many other Prime weapons, there are some advantages and disadvantages when compared to its standard version. The biggest, and really only two disadvantages to the Pyrana Prime is that it deals less damage and has a slower fire rate. This is fortunately made up with a higher accuracy, crit chance/multiplier, magazine size, and status chance. In addition, the reload speed is 20% quicker and most importantly, the damage fallout is much wider, with a larger spread. It also comes in the all too familiar black and white color scheme, along with the gold trim. When using an assault rifle, this immediately gets assigned to the secondary slot. 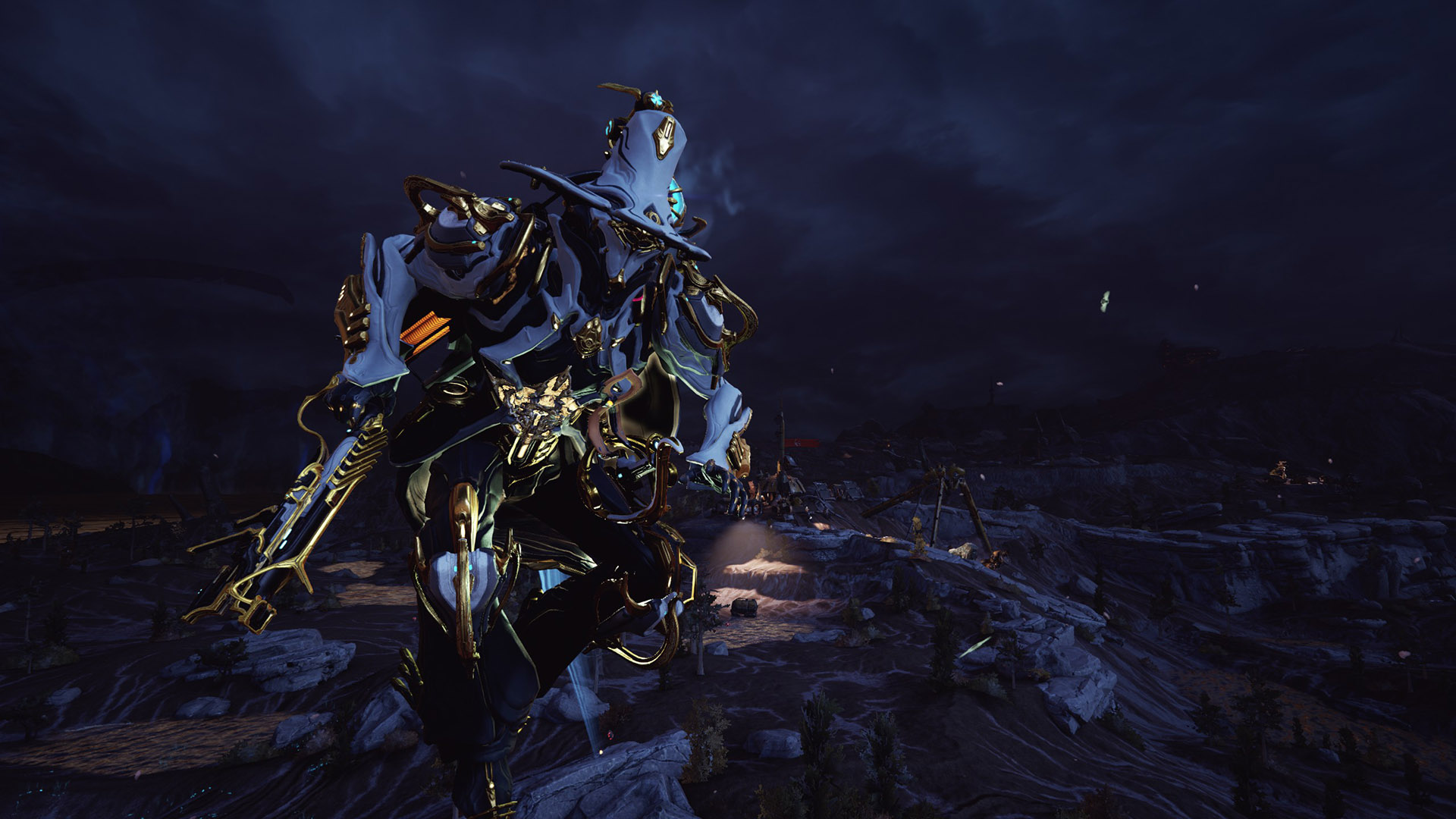 The second weapon added to the arsenal is the Destreza Prime. The Destreza in general has never been a personal favorite due to its limited range, but the Prime version is slowly making me a believer as it can rip right through armor like it’s nothing. This is unlike most melee weapons available, with the Endura being the one exception, as it’s a rapier that’s held in one hand and strikes forward, at least when not sliding. Oddly enough, the Prime version is nearly 10% slower than the standard Destreza, and damages 20% less in Puncture. Fortunately, everything else is boosted, with a higher critical chance and multiplier, along with the remaining attack values raising ever so slightly, and the status effect chance up over 3x what it originally was. It’s definitely a solid critical-centric weapon, and with the boost of status it should help it go further, but really, it’s nowhere near the level of weapons such as the Atterax which have a much wider spread of damage, which can bring entire rooms to their knees. At least it’s more versatile than say the Kronen Prime that came with the last Prime update, and it still holds up as a pretty good melee weapon.

I really enjoyed the Zephyr Prime update three months ago as it really complimented the Plains of Eidolon content, and Tiberon Prime remains one of the better rifles in the game. That’s not to mention the Tibor Prime Armor is some of the best looking cosmetic armor for your Operator. Regardless, I think I enjoy the Limbo Prime update a bit more. Limbo has never been my favorite Warframe to play as, but he still provides a very different and unique experience that requires a bit more skill than your average frame. He’s essentially a better looking, and more durable Limbo that is capable in both solo and groups (provided you know how to play him properly). The best part of this update, though, is the weaponry. The Pyrana Prime is now my go-to sidearm, at least when the main weapon isn’t a shotgun, and the Destreza Prime, while it won’t clear rooms like the Galatine Prime or Atterax, it has some great single target power. The animated Rift Walker Prime Sigil is also a nice bonus, although Oblivia Prime Syandana isn’t anything too flashy. Regardless, Limbo Prime is a solid addition that should not be overlooked, and hopefully will boost the frame’s popularity a bit more.