On the May 28th edition of Raw the WWE revealed the cover art for their latest video game, WWE ‘13. It has qualities of sophistication, modesty and professionalism. The man of the hour is the face of people power, the general manager of Raw and Smackdown, he is John Laurinaitis. 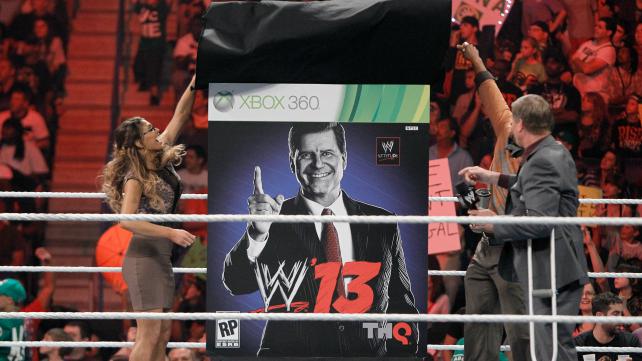 Isn’t it marvelous? That glistening smile. That stern finger in the air. He is the embodiment of entertainment, giving the fans what they need, an honest, hardworking role model.

Mr. Laurinaitis would be on the cover if it weren’t for the WWE Champion, CM Punk. Once his entrance music played the entire arena exploded into cheer. Punk got into the ring to reveal the actual cover art for the game. With pyrotechnics going off, a much larger poster rolled down from the ceiling. The grand announcement left Mr. Laurinaits and his staff in disbelief and outraged. 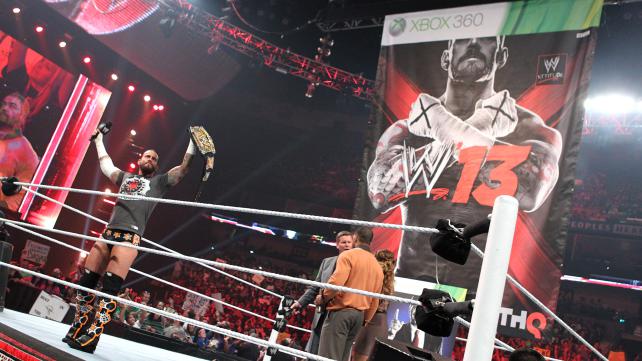 The champ made some pretty lewd remarks to the boss such as, “mine is bigger than yours.” Luckily, he was placed in a match against Daniel Bryan that night. Maybe that will knock sense into him.

WWE ’13 boasts a number of new features. One that stands out is the ability to play through events of the Attitude Era, the revolutionary years when wrestling really gained popularity. It has largest roster of any WWE game with over 70 known athletes including CM Punk, Stone Cold, Mankind, Chris Jericho, and John Cena. Playing in career mode introduces you to unexpected matches, alliances, and rivalries. The WWE Live feature really does bring the action to life with collapsing rings, broken barricades, and up-to-date commentary that change with in-game actions. Get ready to break the walls down when the game comes out in autumn of this year.