The trailer begins with saying “Critics and Fans have spoken…” before launching into a quote from YouTuber “Petard” saying the game is “Incredibly Satisfying.” Petard regularly uploads gaming videos and has 10,000 subscribers, so that’s somewhat reasonable (although not really). Things get worse though when a quote is used from “gamerexq,” who does not upload videos onto YouTube and didn’t mention the game on Twitterm saying the game is “Beautiful, Entertaining and Intense.”

We did some research and found that quote derived from very short user review he made on Steam.

The most heinous offense, however, comes from when a giant “10/10” quote is shown on screen attributed to “Sabin1981”: 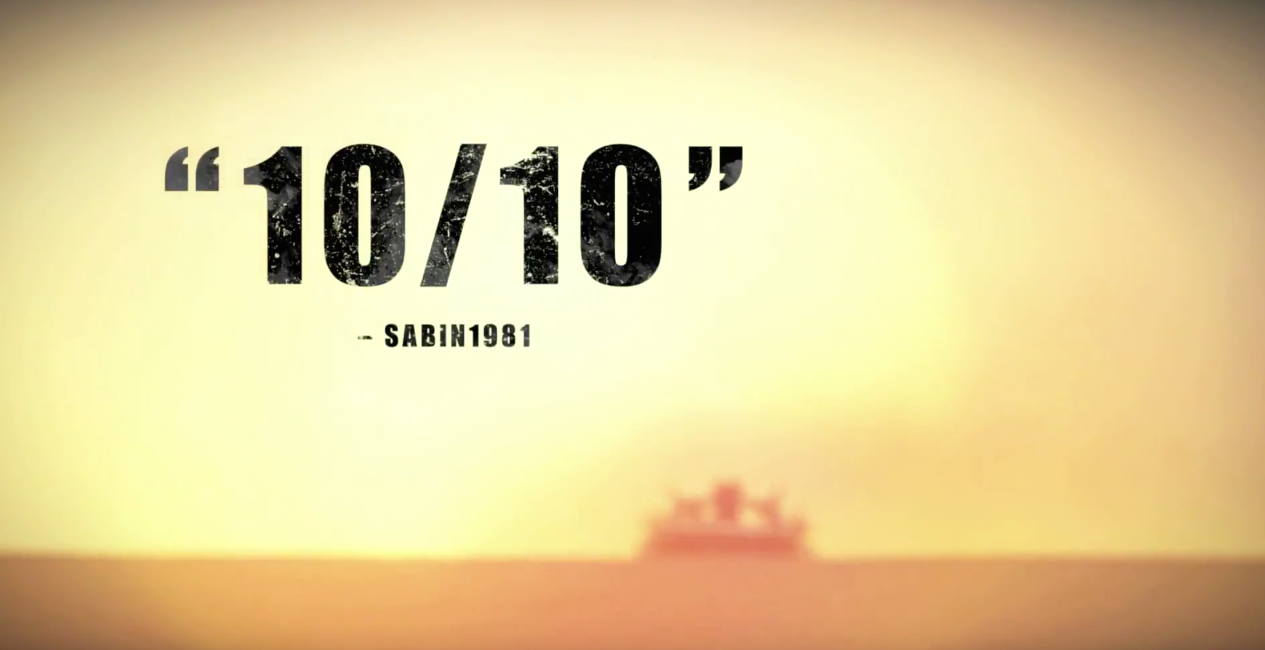 We were also able to track where this score originated from and it’s from a one sentence Steam review that states “Regained health by eating the maggots out of a rotting corpse. 10/10.” Even more troublesome than the fact that this is a random player of the game being quoted is that his “review” seemed like a joke.

The worst part is that these suspicious quotes are sandwiched between quotes from media outlets like Cinema Blend, GameSpot and IGN, which could make users think that the ridiculous quotes are from legitimate outlets as well.

Quoting random people (especially from Twitter) is a growing and dangerous trend used in the film industry as of late, but besides a terrible instance of it by Microsoft around the Xbox One launch, we haven’t seen much of it in the game industry. Hopefully this egregious useage won’t be seen again.