It has only been a little over a month and we’ve already received the first piece of story downloadable content for Marvel’s Spider-Man. Insomniac Games is bringing three additional chapters to the already fantastic game so quickly after launch, giving players a steady stream of stories and gameplay. This seems like the perfect format for a comic book game, but whether or not the fans will warm up to the idea of charging for additional story content so quickly after launch is up to them. On one hand, the main game had so few meaningful side quests that involved old school characters – only one to be exact. On the other hand, the core experience was so good that more content is never a bad thing. Regardless, what we get is a quick, two-hour long adventure to add to Spider-Man’s journal, along with a couple of new side activities and suits.

As you may suspect, The Heist is mostly removed from the main story. There’s no mention of any of the events that transpired over the course of the main campaign, outside of Miles Morales calling Peter a couple of times for advice. This centers on one of Peter Parker’s love interest, Black Cat, who if you don’t know, is just a Catwoman to our hero, almost to a great degree. She’s flirty, manipulative and a bit sassy, who likes to play with Peter whenever she can. She doesn’t purr or act like Catwoman, but does bare her claws and uses gadgets to incapacitate her enemies. She’s a thief who generally works by herself (outside of working with Spider-Man in the past), but in this piece of DLC we see her working for Hammerhead, someone who is more alluded to than anything else and is someone you don’t mess with. 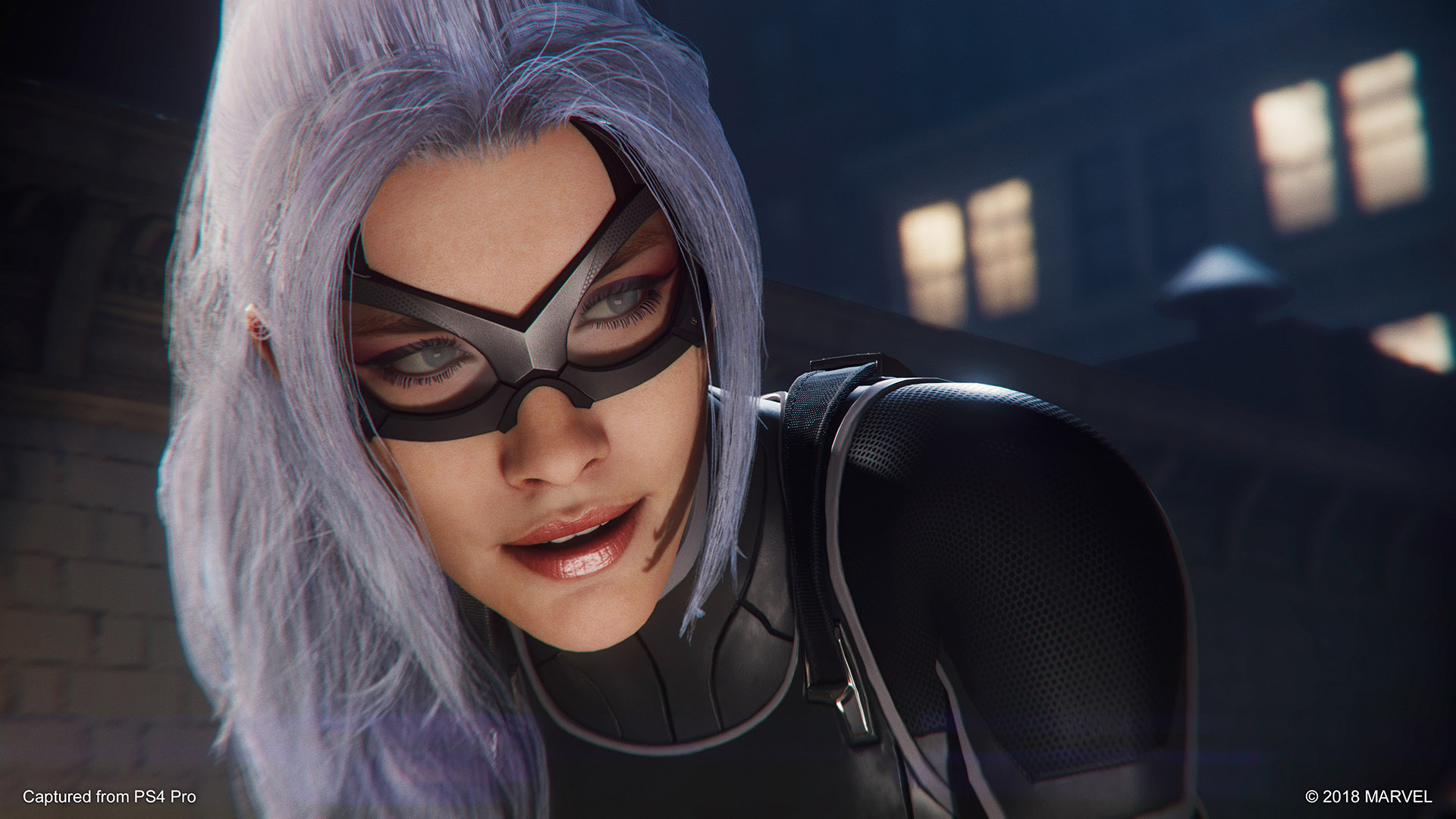 The story in The Heist is solid, although a bit predictable. Sure, you can say that about the main campaign, but being just less than two hours long, you should be able to see what’s going to happen well in advance. With that said, Black Cat is a perfect character to have alongside Peter, to the point where the two are interacting with one another in both combat and in stealth sections. Mind you, these are two short missions, but it’s something I want to see more of, especially with Insomniac Games pushing more with Miles in both the main campaign and in this story DLC. Black Cat’s interactions with Spider-Man are memorable, as considering Spider-Man is already quippy, it ensures this isn’t exactly the most serious of adventures. The ending does leave things off on a bit of a cliff-hanger, but the way it’s done is a little ham-fisted, especially if you read or have read comics in the past. I don’t except a short adventure such as this to take risks, but hopefully it pays off in the future episodes.

As for the combat, not a whole lot has changes with The Heist. You’ll still be doing the same exact moves as ever before, although there are a couple new suits in the mix. One you’ll get right off the bat, another when you complete the story and then a final one when you complete all of the side missions. Speaking of which, there are two new side quests you can partake in. One involves the original Black Cat, Walter Hardy, as he has stored valuable paintings throughout New York City prior to his imprisonment and you need to find retrieve them. It’s a short but refreshing story that develops Black Cat’s backstory more. The other involves the wild Liz Allan, aka Screwball, who adds additional challenges, acting as the new Taskmaster. There are a handful spread throughout the city and generally involve time-based missions, all while photobombing in the midst to gain additional score. It’s silly but a decent distraction after the fact.  Finally, there is one new enemy type added, which we’ll dub as the Gatling gun brute. As you have guessed, he’s a brute who wields a large gattling gun and can do some major sweeping damage. Things can get chaotic with him in the mix, but he’s actually easier to take down than most enemies, outside of the standard brawler baddies. 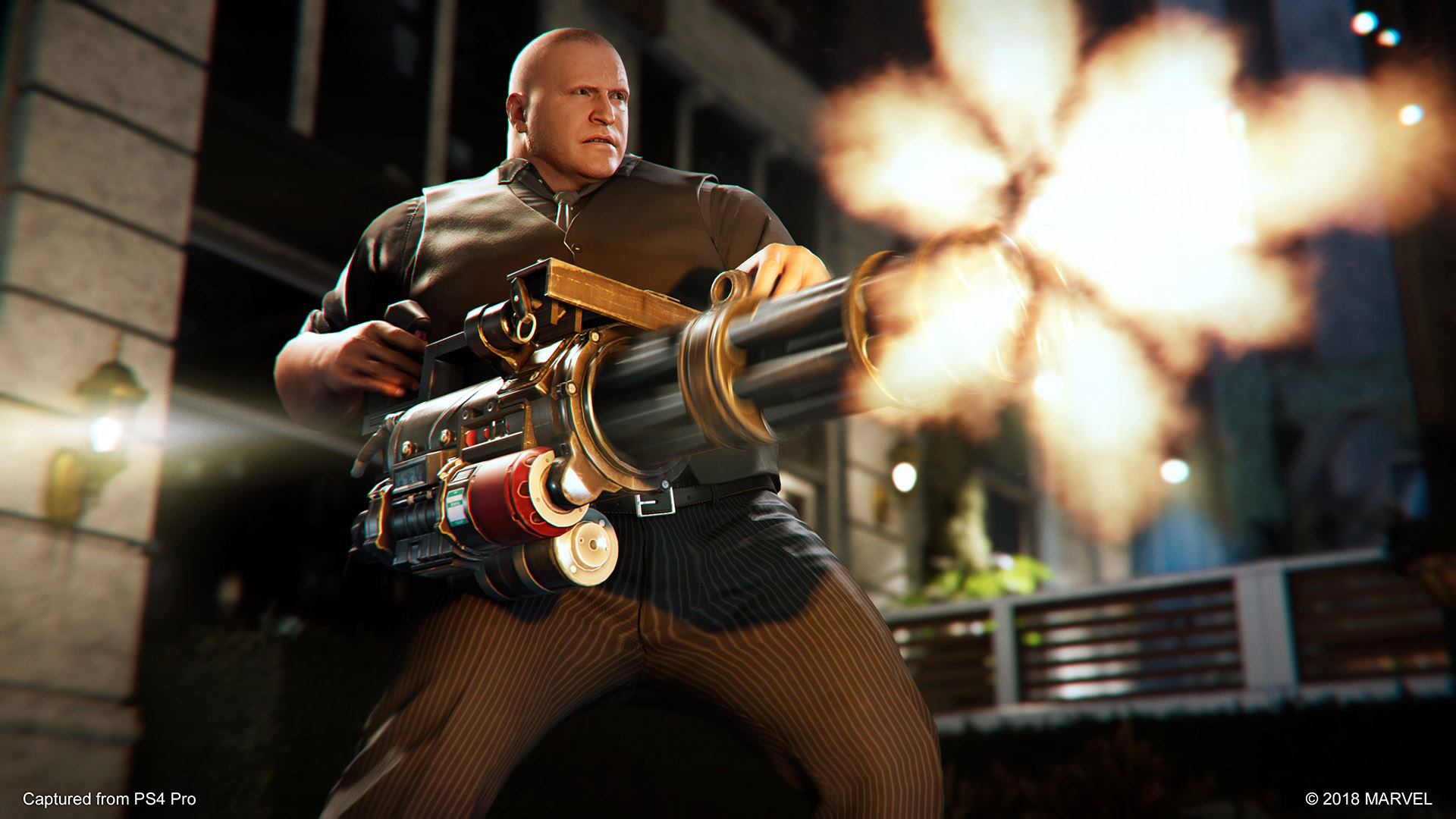 Unfortunately, one of the more disappointing aspects of Marvel’s Spider-Man continues forward, and that’s stealth sections. Being only a small story, there’s only one instance that involves you taking control of Mary Jane Watson and like before it’s probably the least entertaining part of the entire experience. The best thing I can say about this is that it’s short. There are essentially two parts to it and because she has the Taser and Spidey’s noise maker, you can get through it fast. Unfortunately, it begs the question why it’s even in here in the first place. Our fearless love interest essentially hears one or two lines of dialogue from a goon when she sneaks in and then immediately sneaks back out only to inform our masked hero. Here’s hoping the second part of the story removes this completely, although more likely it’ll be Miles. Finally, Insomniac has also added more District Crimes, such as better kidnapping adventures and bomb defusal with your little robot buddy, but if you’re like me, you never want to go searching for these mission types ever again.

This is a solid two-hour adventure that focuses on one of Spider-Man’s biggest love interests, putting more of a fun loving spin on what would be an otherwise serious situation. The Catwoman of our Spider-Man, Black Cat is a fun, yet somewhat predictable individual. This somewhat drags down the story as you can guess what will happen throughout the adventure from the start. Regardless, there are some fantastic set pieces spread throughout and a fair amount of memorable moments that rival, if not beat, most of what happens in the main campaign. It may not add a whole lot, but it’s still an one of those stories that needs to be heard. If you wanted even more Spider-Man, the Heist is only the beginning.