This year has been jam packed with true gaming greats, especially when it comes to the PlayStation 4. God of War, Yakuza 6, Red Dead Redemption 2 and of course Marvel’s Spider-Man are just a few examples of what the industry have to offer. The latter title has received tremendous support from Insomniac Games, not only frequently patching the game over the last two months, but has also been releasing story-based downloadable content that expands upon our favorite webslinger’s journeys. Sure, you the argument could be made that these pieces of DLC should have been considered for the core game as the side stories are nothing but disappointments and lack any impact, but at least these offer even more Spider-Man into the holiday season. The second piece of DLC is available as of this article and we came away with mixed emotions.

The story kicks things off right away with a battle between two gangs as Yuri Watanabe and her squad are violently introduced to Hammerhead’s ruthless tactics. I don’t think there could have been any better way to set things up for what follows, as this sends Yuri down a deep spiral. Unfortunately, it’s this opening where the plot peaks. The problem with the story is that it’s specifically transforming Yuri Watanabe into her violent vigilante character from the comics. This is what anyone could have expected when she was even announced to be in the main cast, but the way it’s done in this short DLC feels ham-fisted. Most of the events that transpire to deepen her emotional state happen off screen and this is just one other instance outside of the open scenario. After this, she goes dark for the remainder of the campaign (although you do witness the aftermath of some of her carnage around town) and then things just end with her appearing at the last possible moment to realize her actions. She desperately needs more time to develop. 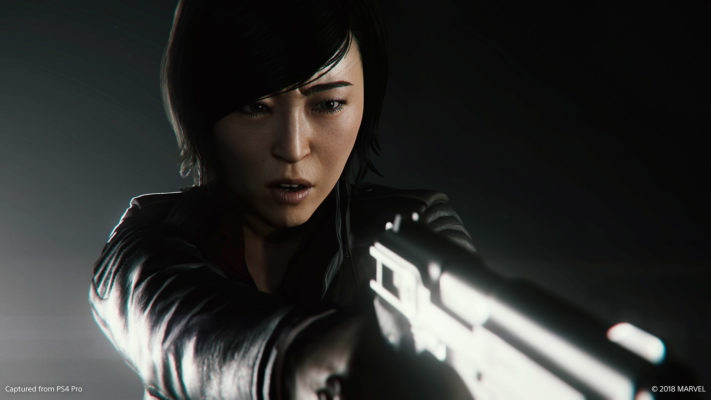 Then there’s Hammerhead. This thick-headed villain is supposed to be the big baddy of the trilogy of DLC, yet he’s essentially only at the beginning and the end of the story; nothing more. We got a glimpse of him at the conclusion of The Heist, but outside of that, it’s 99% his goons you’ll be looking at while he’s somewhere else, no doubt monologuing. He’s the perfect character to introduce into the series as he has strong ambitions and has a specific target (primarily other gangsters), but like Yuri, he’s barely in the story. At least his boss battle is entertaining, finally requiring the special move to be utilized, although it’s still probably the most unremarkable fight compared to the rest of the campaign.

Not a lot has changed in terms of gameplay outside the story. You’ll still be swinging around the city and engaging in battle with gangsters and there’s even a new annoying enemy introduced. This shield-wielding jetpack enemy is about as annoying as a fly, but packs one heck of a wallop as he will constantly charge Spider-Man and leaves a trial of electricity behind him, making it a little harder to counter his attacks. Outside of that, even more random crimes have been added to the city, although these are similar to the past ones, with only a couple of slight alterations. For example, you can now safeguard police transports via escort missions. Outside of that, there are Hammerhead Fronts which requires you to once again enter a building and take on waves of enemies. There are only four fronts to be found, but at least there’s story related content that can be found here with MJ that doesn’t require you finding artwork spread around the world. Of course, Screwball is back to offer some of her objective-based missions, throwing in photobombing moments to boost your score. Suffice to say, there’s enough here outside of the story to keep you interested, although it’s nothing spectacular or out of the ordinary. 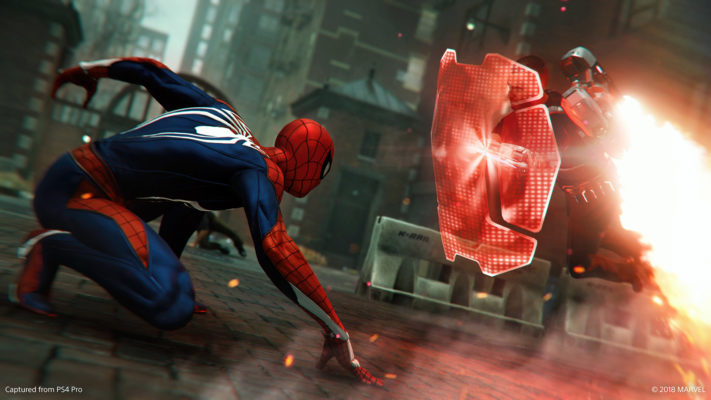 I didn’t hate my time with Turf Wars mainly because Yuri Watanabe is such a fascinating character (especially if you know who she is and where her story is going) and in the main campaign she was borderline sidelined. Sure, she was always in your ear helping out when she could, but she barely had any screen time outside of the beginning of the game. With that said, Yuri’s arc in Turf Wars feels short-lived, with her motivations essentially being introduced over a single line of dialogue and her character acting irrationally, despite the entire the main campaign establishing her as a level-headed officer. There was barely any build up and most of it seems to have happened off screen. The Heist had witty, comical banter between the characters, but because of Yuri’s transformation, Turf Wars is a bit too serious for its own good. Heck, Hammerhead, the big villain of the DLC trilogy is more of a shadowy figure, only appearing in the beginning and end of this ninety-minute side story. At least there’s one of the better costumes to unlock, and the production values are on point with some spectacular set pieces and well-animated scenes.