The rise of indie devs has become one of the major progressions of the seventh generation of consoles. As AAA budgets skyrocketed and B-game releases dwindled, the indie crowd rose with inexpensive, digestible experiences that could satiate gamer’s appetites, but never break the bank. Their story is a long one with multiple origins, but their place on consoles stems from an odd place: Xbox. Though Sony is currently the champion of indie game support, Microsoft made some big steps in making the little guys’ importance shine. But those steps are forgotten, buried under tedious restrictions and marketing limitations. Microsoft’s place in the indie sphere was once a top-shelf savior, which makes their current attitude toward indies not just ill-advised from a marketing standpoint, but also a blatant contradiction to the indie philosophy in general. 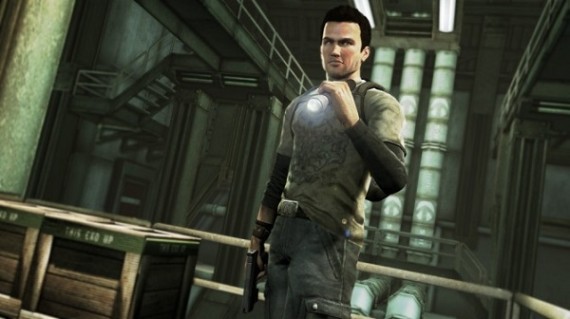 The Xbox 360 was, oddly enough, an early haven for indie studios to break out. Consoles rarely provided the easy access of PC portals like Steam, but Microsoft’s expanse of the Xbox Live Arcade service from its miniscule place on the original Xbox was a blessing for up-and-coming indie devs. 2008 marked the first Summer of Arcade on XBLA, providing five new indie offerings for the service. In addition to fully exclusive titles like Geometry Wars: Retro Evolved 2, Xbox 360 was the first platform to receive critically acclaimed games like Jonathan Blow’s Braid and The Behemoth’s Castle Crashers. The momentum continued into the following years with 2009’s Shadow Complex and 2010’s Limbo, both of which earned enormous praise from the community. In addition to the Summer of Arcade, games like the universally acclaimed Super Meat Boy debuted exclusively on Xbox Live Arcade, which earned even more attention with the Indie Game: The Movie documentary. XBLA became a star-studded showing of budding indie talent on Xbox 360, setting the bar high for other services to match.

But match they did. Sony’s Playstation Network got off to a rocky start upon the Playstation 3’s launch, but like the system’s price and games library, PSN got a major upgrade from 2009 onward. The online support improved, the features stacked up, but most notably, Sony became invested in bringing the little guys on stage. While the system did have some smaller indie hits early on like Super Stardust HD in 2007, it wasn’t until later that Sony enlisted whatever promising indie developers they could find. The service matched XBLA with PSN releases of Bionic Commando Rearmed and Mega Man 9, but exclusives like Noby Noby Boy reared their heads, along with PSN releases of former XBLA exclusives like Braid and Castle Crashers. Sony rose up to snatch away the indies that orbited XBLA and show them that PSN was the place to be for releasing their games. 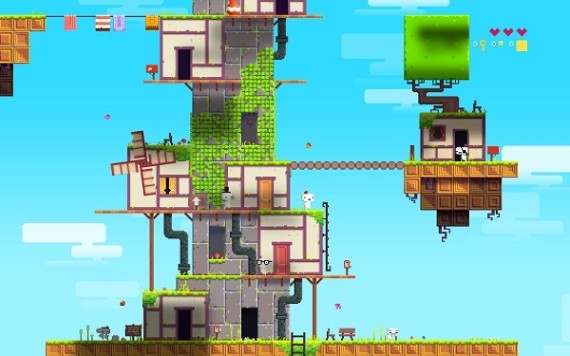 As this struggle continued, it became apparent that PSN had a clear edge over Xbox Live Arcade. Indie developers became vocal on the number of hoops they were required to jump through to get a game on XBLA. Patches required an excessive amount of work, funding and scheduling to be released. Prices couldn’t be set on the fly. Promotional marketplace presence was rarely secure. Microsoft’s flaws in providing for the independent crowd were becoming all the more noticeable, and with Sony flaunting the ease of management of their marketplace, it was a harsh blow to XBLA. PSN was regarded as an open canvas that welcomed indie developers to draw on it, allowing them to have full control over pricing, patching, and publishing. It was made even worse by the infamous XBLA parity clause, the ruling that any game to be published on multiple consoles was required to be released on Xbox 360 at the same time as the other systems. This meant that no game could debut on PSN first, then XBLA later; it forced an inconvenient schedule on indies. Many developers found this clause to be too much, skipping Xbox 360 releases altogether.

But Sony didn’t stop with just taking away XBLA exclusivity from high-profile indie projects; they were also publishing brand new exclusives from indie developers. Sound Shapes, Dyad, and the universally praised Journey marked Sony’s stalwart dedication to giving indies a home, one that wasn’t plagued by corporate bureaucracy and constantly changing time tables. Indies became a cornerstone of the PSN appeal, even earning their own big showcase slot at Sony’s E3 2013 press conference. While Xbox 360 still had its share of top-tier indie exclusives like The Dishwasher: Vampire Smile, it became clear as day that developers were not being accommodated on XBLA. Microsoft was losing its grip on the independent developers.

Today, the situation is just as sketchy. Sony continues to earn ample indie support, with Steam and even Nintendo’s eShop providing self-publishing services for indies. While the Xbox One does offer self-publishing through the ID@Xbox service, the parity clause still hovers, blacking out the clear sky for indie freedom on Xbox One. The problem is that this parity clause doesn’t have the same benefit as it did in 2008 on the Xbox 360. It was put into place so that Microsoft could secure their lead in sales at the time, as the PS3 was earning negative press across the board after its disastrous launch. Developers didn’t see a major issue with it, since their game would appear on the “best” system available. But when Sony offered self-publishing, PSN became more appealing. The lower price and better focus on AAA exclusives gave the PS3 a jump in sales, so indies were more enthusiastic to take a risk and embrace total publishing control over being on a more popular console. Sony also gave the developers more publicity, as the marketplace had its own indie section and frequent storefront advertising. This all contrasted Microsoft’s desire to control what they wanted to sell. The bureaucratic patching and advertising, the launch parity clause, it was all meant to give Microsoft control.

And that’s the last thing indie developers want to be: controlled. It’s the reason that they exist in the first place. They don’t want to be tied down by massive publishers. They want to make the game they want and let the public play it by simple, word-of-mouth hype. Indies exist to counteract the control that huge publishers like EA, Activision and Ubisoft demonstrate. It’s why self-publishing is so appealing to them: it may not rake in the most sales, but the developers are able to have complete access over their own artistic wares. Sony capitalized on the indies’ desire for creative freedom, while also having faith in their experimental game design. Journey, The Unfinished Swan and Entwined were against-the-grain experiments, and by having faith in their quirks, Sony’s PSN became the go-to place for games of that level of creativity. 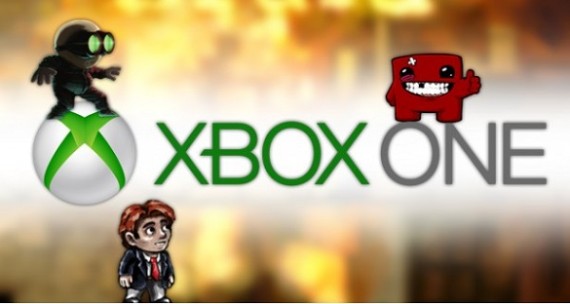 But can Xbox One recover? Can years of ostracism of indie freedom be forgotten? Well, it can, but it wouldn’t be easy. Microsoft has earned back some of the indie trust on Xbox One, adding games like Mighty No. 9 and Cuphead to its lineup, but it isn’t enough right now. They’re dead-set on holding onto control of their marketplace, even when it contradicts the philosophy of independent art as a whole. Indie developers have always wanted their games to reach players, regardless of how artsy or obscure they are, and ID@Xbox is still behind in providing that. Sony, Valve and Nintendo embrace new ideas and are reaping the benefits of the creative indie darlings, while Microsoft is still keeping them on a leash with its launch parity clause.

In a world where indies are filling the gaps of the dead B-game market, now’s the time to let them prosper. It’s your call, Microsoft: set the indies free.