All beasts in Monster Hunter have the ability to change and evolve based on their environment. Often times it’s a dramatic change seen in Subspecies, but others it’s just a change they get from growing even stronger than before. Variants are typically similar to their original counterpart in terms of attacks, but are much more ferocious and have grown stronger through experience. These deadly variants are not ones to be scoffed at, and occasionally will be found with their original counterparts where they may end up working together to subdue hunters who get in their way. Looking for more monsters? Check out the full guide here. 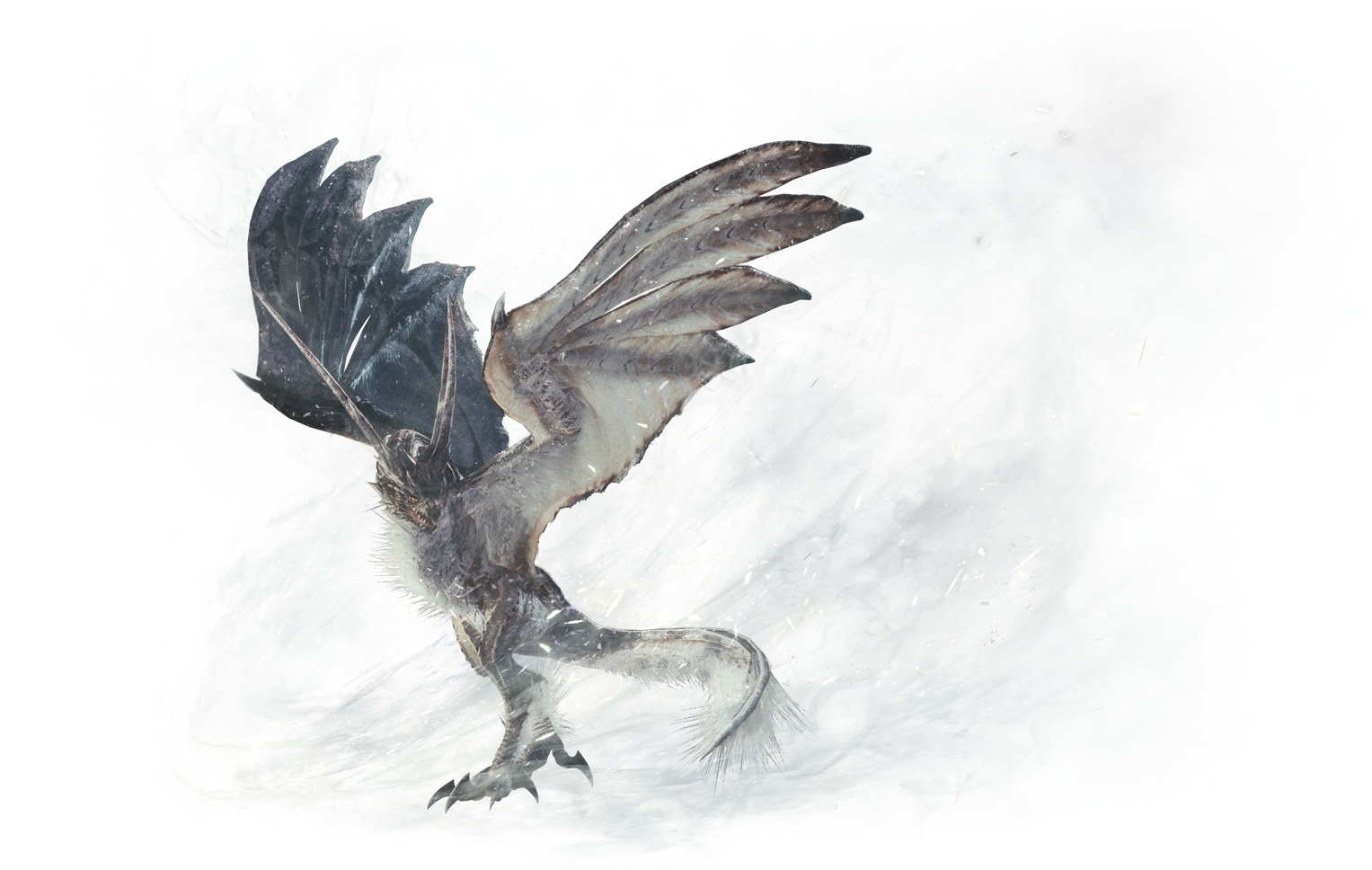 Description: This Legiana variant is one of the first variants people will fight against in Iceborne. Its body is covered in white icicles and its capable of powerful ice moves to chill its opponents to the bone. Its loud shriek will stun most hunters in place and its often found with other Legiana making for double trouble. Avoiding its large ice attacks is a must and nulberries will be extremely important for keeping ice blight off.

Description: Bazelgeuse was the bane of many hunters existance as it’s one of the monsters that enjoys interrupting other fights to drop sob deadly bombs from its body. This time around the Bazelgeuse variant is seething with anger and burns hotter than ever before. Its bombs explode faster and when fully enraged they will turn purple and bloom into larger exploding weapons. Be sure to watch out for when Bazelgeuse burns purple, as this is a sign he’s about to get a lot more powerful.

Description: This Vaal Hazak variant has crawled out from the depths of the Rotten Vale and is now spreading its toxins even further than before. This variant is covered from head to toe in spores and its effluvium breath will damage anyone in its path. Breaking the spores on its body help weaken Blackveil Vaal Hazak, so focus on getting rid of them in order to do better damage.

Description: This horrifying Deviljho variant is never sated in its quest for food. It will try to fight, and eat, every hunter or monster that stands in its path. It often prefer to try and fight monsters over hunters, so bringing dung pods to help make one go away will be necessary. Its dragon breath reaches even further than before and its constant anger makes it hard to deal with. Laying down tainted meat can help weaken it as it’s always hungry.

Description: Nergigante the elder dragon eater returns, but this time with an even more deadly variant form. This monster has been hardened from battle, its spikes more vicious than ever before. While most of its spikes regrow, some dark silver ones will not and will help weaken his attacks. Be cautious when this Nergigante swoops into the air, as a dive attack is not far behind.

Description: The Scarred Yian Garuga has managed to survive many a hunter and its fierce nature doesn’t allow it to surrender. This nasty variant is much quicker and attacks more frequently with its poison and fire breath. Trying to cut its strong tail will help greatly, but be sure to watch for its nasty tail swipes that will cause poison without resistance skills. Antidotes are mandatory if its not possible to add poison res decorations to equipment.