One of the more surprising announcements from Ubisoft Forward at this year’s E3 was the revival of the guitar-teaching game Rocksmith. With this announcement it’s hard not to think about what bands whose tunes would be fun to jam on, so partly out of boredom and partly out of trying to meet a high E3 quota, it seemed natural to compile a list of bands that would be fun to learn how to play through Rocksmith+. Now before people reading the list crucify me in the comments for not including obvious choices like Iron Maiden, Alice in Chains, Jimi Hendrix etc. I’m trying to stick to bands that aren’t already expected to be heavily featured. Also by no means is this list exhaustive, it’s just ten bands I thought of because I could make this a 100 band list and still leave a ton of great bands out. But if I skipped over your favorite band leave a comment making a case for their inclusion and a link to one of their songs.

Alcest: Black metal and shoegaze are two genres of music that sound like they would go together about as well as peanut butter and dirt but somehow blackgaze became a thing with Alcest pioneering the genre. Neige is able to seamlessly shift between atmospheric dreamy soundscapes to intense in your face riffs, making the music of Alcest unpredictable while being oddly comforting and even relaxing in some cases. Dissecting the guitar work of Alcest would be interesting to do, and with the features Rocksmith+ discusses having delving into the Alcest discography and learning the songs sounds could be a fun way to improve one’s playing with some unconventional style, particularly Protection and Ecailles De Lune Pt 2.

Ancient Bards: This is a band that used Final Fantasy imagery on some of their T-shirts and their albums chronicle The Black Crystal Sword Saga so including them in Rocksmith+ just on the fact they have potential to appeal to RPG fans should be enough. But this symphonic metal band should really be included for their musicianship. Claudio Pietronik and Simone Bertozzi trade off intricate guitar riffs while Martino Garattoni is basically what’d we’d have if Eddie Van Halen was a bassist, making this a perfect band for those who want to shred on both guitar and bass. Some songs to showcase this techniques Rocksmith+ could help players nail down are Impious Dystopia and Through My Veins.

Avatar: This is another band that should be considered for being gamers because they wrote a song about Starcraft but reducing their inclusion to that could take away from the amazing string section comprised of Jonas “Kungen” Jarlsby, Tim Öhrström and Henrik Sandelin. It’s hard classify exactly what subgenre of metal best describes Avatar as their sound tends to evolve in a different direction with each release but they are one of those bands that’s able to write catchy songs that get ingrained in your mind while making virtuoso playing look easy. It’s tempting to want to sing along with House of Eternal Hunt or Legend of the King while playing it but good luck pulling that off.

Batushka: Full disclosure, part of the reason this band is being included in the list is to pressure Ubisoft into offering more instrument options as this band plays 8-string guitars, but mainly because they’re awesome. Unfortunately there was a falling out between the two members and now there are two different bands releasing material under the name Batushka. But band politics aside, the album Litourgiya that was released before the split is an amazing modern black metal album that is best listened to in its entirety. Atmospheric and foreboding, this is a sonic assault filled with riffs I want to play. 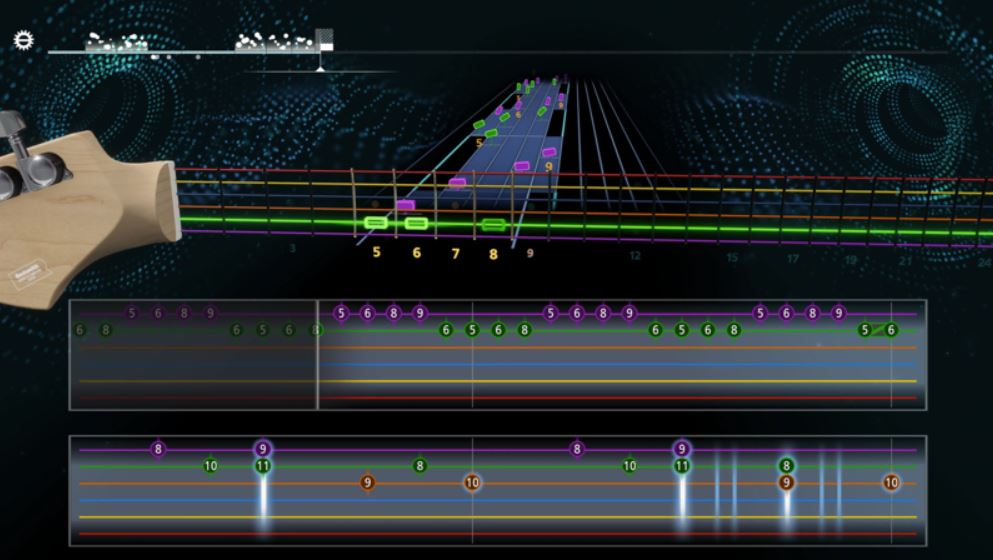 Children of Bodom: Eric Clapton may be the guitarist who officially has the nickname God, but if any guitarist is deserving of that moniker my vote would be Alexi Laiho (RIP). Children of Bodom took influence from Motely Crue to Mozart and created something special. They weren’t the first metal act to mix classical music with their own heavier compositions, they were however among the best to pull it off.  Aside from top notch musicianship, Children of Bodom was a band that never forgot that no matter how heavy and grim your songs subject matter might get heavy metal is supposed to be fun which is apparent in their stage show and some of their cover song choices. Their songs aren’t easy, but tell me Downfall and Needled 24/7 don’t sound like they’d be fun to play.

Death: Chuck Schuldiner is another brilliant guitarist whose time was cut too short but he will live on forever as the godfather of death metal. Chuck was the sole constant member of Death and was always pushing the boundaries of what he wanted his band to do. Their debut album Screamed Body Gore’s lyrical content was mostly B-movie gore but the lyrical themes took on more social, political and personal issues with each successive album. The musicianship and compositions became more complex and thought out with each release, making Death one of those rare bands with no band albums. Riff Repeater could be useful tool in getting a lot of their songs figured out, but two that come to mind immediate are Crystal Mountain and Cosmic Sea.

Devin Townsend: Devin Townsend is a musical genius whose body of work spans several bands and genres, so instead of picking one let’s just throw all his assorted projects in here. Hevy Devy got his big break as vocalist on Steve Vai’s Sex & Religion album but he was really meant to do his own thing, otherwise we wouldn’t have Ziltoid the Omniscient, his rock opera about an invading space alien who is searching for the ultimate cup of coffee. Whether we are looking back at his time in Strapping Young Lad or his most recent solo release Empath or any of his band incarnations that use the Devin Townsend name including his discography would offer a lot of value to Rocksmith+. He also contributed to the soundtrack of Fallout: Brotherhood of Steel so he also gets some gamer cred there. Also, Ziltoid the Omniscient could get reworked into its own game, similar to Destroy All Humans but even more comedic. It’s not the worst idea for a video game. 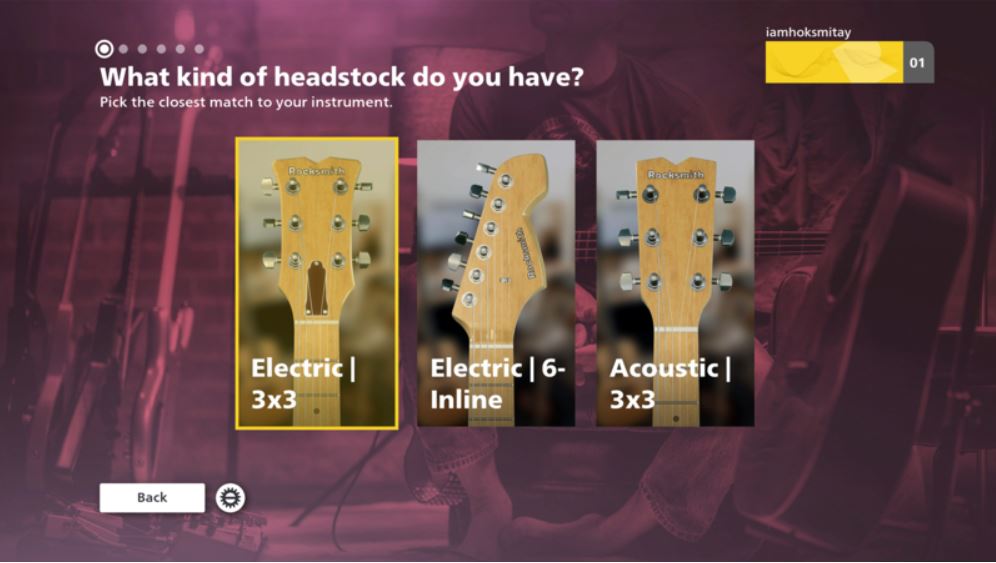 Lead Belly: Huddie William Ledbetter isn’t a household name but just about everyone knows his songs. Lead Belly (sometimes spelled Leadbelly) was folk blues musician who sang and played multiple instruments but was best known for his skill on the 12-string guitar. His music career began at the start of the 20th century and ended at with his death in 1949. His songs have influenced and been covered by countless artists, some of the more notable examples are Black Betty by Ram Jam, Gallows Pole by Led Zeppelin and Where Did You Sleep Last Night? by Nirvana. His inclusion might seem a bit out of place on list that is dominated by much heavier music from artists who were performing in my lifetime, but just for a historical perspective of rock and/or roll music this is an artist that mustn’t be ignored as it’s likely none of the other bands in this article would be here without him.

Myrkur: First Alcest and now Myrkur. I’m sure to have angered any purists by including two bands that mix black metal with different styles of music. I’ll atone later by burning down some cathedrals in Assassin’s Creed Valhalla. Myrkur is one of those recording artists I enjoy for the reasons she gets a lot of hate, which is she is doing something different with her music and not trying to fit a mold. There is clearly a black metal influence in her music with blood curdling shrieks and tremolo picked distorted guitars which is complemented by hauntingly beautiful vocals, and example of this can be heard on Ulvinde. Mixing folk music with metal isn’t entirely new but to show her talent and versatility as a multi instrumentalist her latest album Folksange ditches the metal elements and is performed entirely on acoustic instruments. It’s different from her earlier records but it’s still enjoyable. Besides, she re-recorded the vocals to Onde Born in Simlish to be included in a Sims 4 expansion so she should get points for that with gamers.

Opeth: Not since Metallica cut their hair has a band’s change in style caused such a schism in their fanbase. But arguments aside of whether new or old Opeth better it can’t be denied Mikael Åkerfeldt is an amazing and unique guitarist. From Orchid through Watershed, Opeth blended their 70’s progressive rock influence with black and death metal in a way that just felt natural. Starting with the Heritage album they abandoned the death metal elements to go into a more prog rock direction, but with 13 studio albums across 26 years changing things up is to be expected. Regardless of what someone’s favorite Opeth album might be, studying the arrangements and how a single 10 minute song can seamlessly flow from a crooning acoustic ballad to demonic growls in a way that makes sense can teach a lot about composition. The Moor is a great example of this, and while Still Life is one of the best concept albums ever recorded Universal Truth shows that even without the metal edge the musicianship of Opeth is still worth examining. It’d be interesting to see what Rocksmith+ can do to make these compositions easier to decipher. 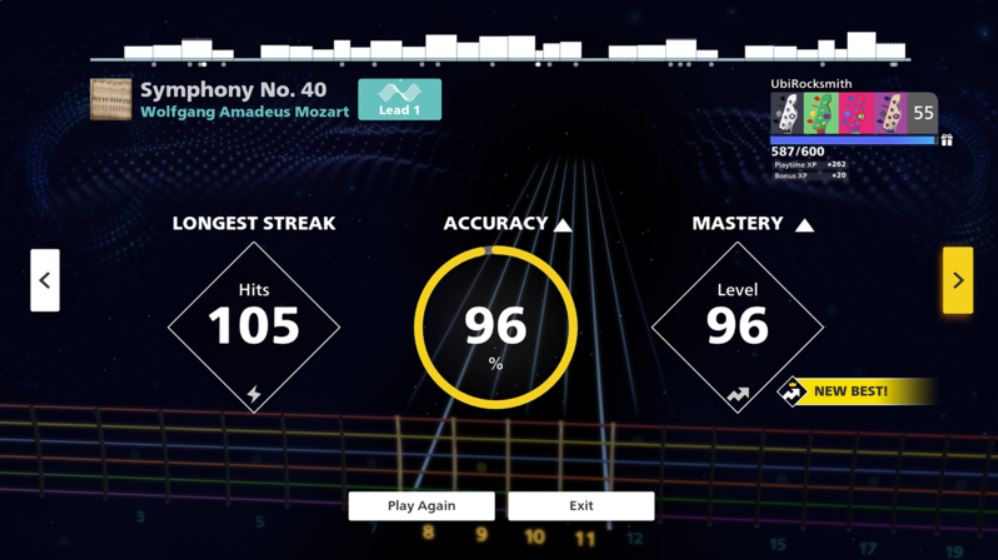 Video Game Cover Bands: Rock n’ Roll was never about about following the rules, so not only are we ignore them by adding an 11th entry on a list of ten, but the 11th entry is going to be multiple bands, so the numbering is completely irrelevant at this point. We really just called the article 10 Bands because in the words of George Carlin, ten sounds official. Video games have great music, so if a video game company is publishing a guitar instruction program, it’s only fitting that it teachers its users to play video game music. Video game cover bands are things, some of the better ones I know of are Bit Brigade, Descendants of Erdrick, The Returners and Vomitron. I would include The Black Mages, but I don’t know if it counts as a cover band if the composer is actually in the band. These artists would all be worth including in Rocksmith+ if for no other reason than to pick their brains at how they translated chiptune music into real instruments and came about their arrangements.