A few months after the release of Hyrule Warriors: Age of Calamity it was unveiled that the series sequel would be getting a couple sets of paid DLC. This comes as little surprise since the previous Hyrule Warriors also saw multiple DLC expansions that built upon the base game. While the next part of DLC is still a good few months off, we’ve gotten the first part and the rather decent amount of new goods it has to offer. Age of Calamity is already packed with tons of content, so let’s take a look at what the first part of the DLC has to offer and if it’s worth picking up.

Right off the bat it should be noted the first part of this expansion doesn’t include any new story content. It’s purely focused on new weapons, a character and tons of new challenges for players to take on who may have been looking for more. Once starting up the DLC the big focal point will be that Purah and Robbie have opened up a lab and need help investigating further. This in turn opens up a large upgrade tree that requires various items both old and new, with the newest items being obtainable from certain quest objectives like defeating tough enemies or collecting rare items. This includes the brand new challenging quests that ramp up boss enemy difficulty in order to obtain valuable rewards for unlocks. This is the way to unlock all the new content so players will need to work their way through it to get everything. This new unlock tree also gives other bonuses such as increased strength for skills and cheaper shops, which is especially nice for those who may not have completed everything up to this point. 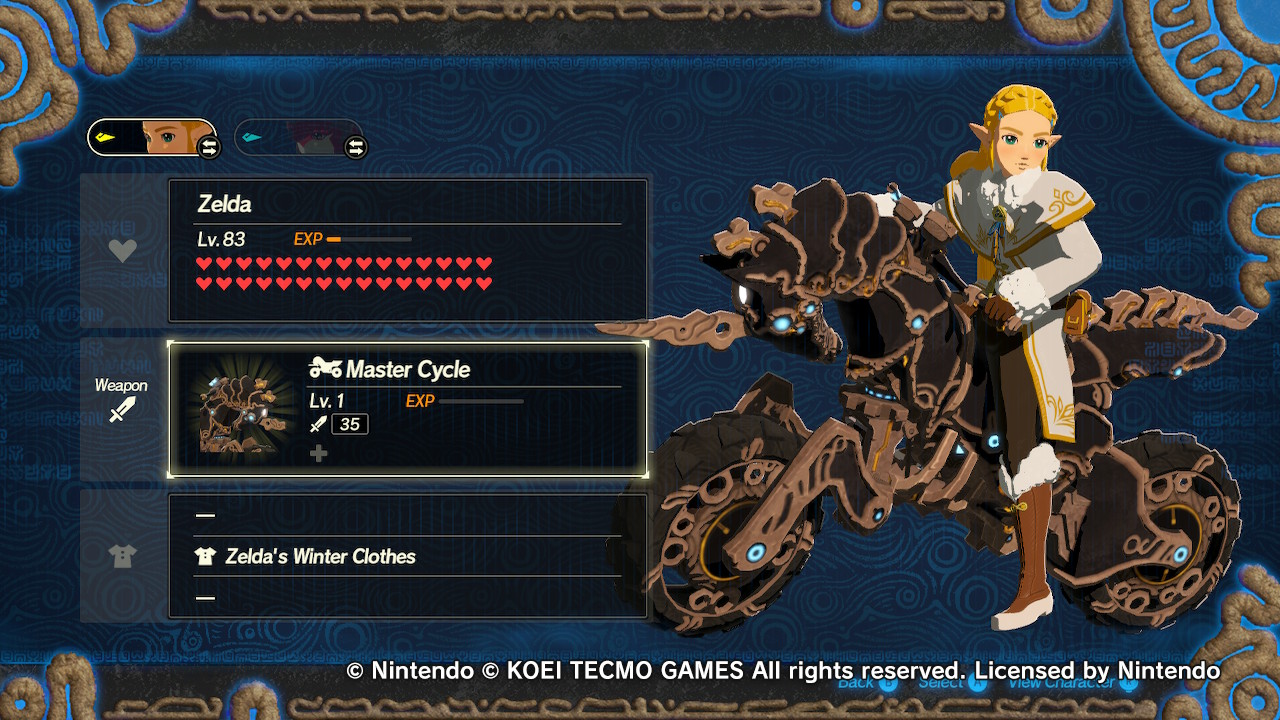 The first new weapon likely to be unlocked is Link’s flail weapon, which is a unique and enjoyable time. This is a long-ranged weapon by itself, but the wonderfully-unique gimmick is that it can copy an enemy weapon which in turn gives it a temporary new moveset. This leads to all sorts of great variety and fun styles to try out in combat with endless possibilities. Not only can standard weapons like swords and boomerangs be stolen, but so can elemental rods in order to wreak extreme havoc across Hyrule when enemies stand in Link’s path. The second weapon is Zelda’s Master Cycle, which first made its appearance in the DLC for Breath of the Wild. While it was a great horse replacement and way to get around there, here it allows Zelda to quite literally hit and run all enemies who step out into traffic. It’s a bizarre weapon that changes a lot of movement in an interesting new way, but is also fantastically powerful and just looks awesome to run around in.

The new character is one that’s not only fitting, but a fantastic reward for those who have been harmed time and time again by one of the most threatening enemies in Breath of the Wild. The Battle-Tested Guardian has teamed up alongside Link and his friends and is said to be significantly more powerful than most other Guardians that they encounter. Its brilliant moveset makes great use of lasers, the many powerful legs and its hardened body to deflect damage and make it a perfect ally. There’s also some kind of satisfaction in playing stages where Link is one of the enemy targets, as it feels proper sending a laser his way to stop him on his journey just like they were well known for in Breath of the Wild. 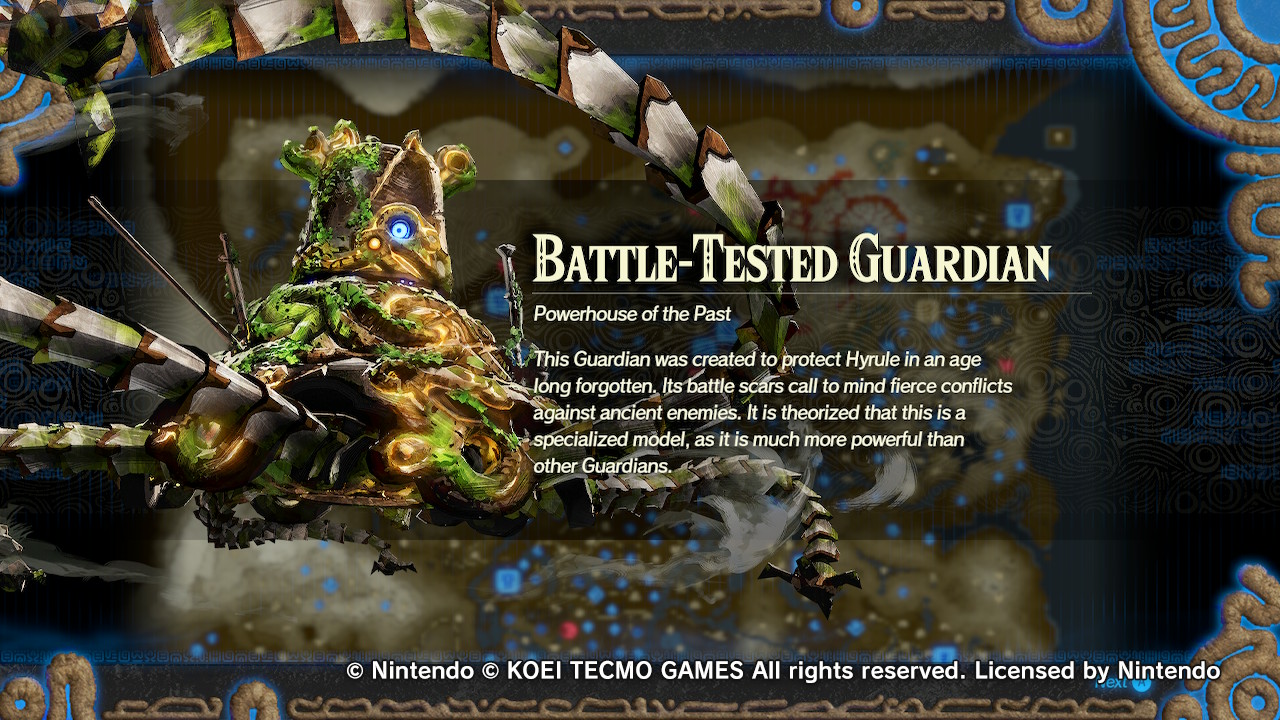 Those who were wanting a strong story element to the DLC may want to wait until the later release to pick it up, but those looking for a reason to jump back in might find this quite the enjoyable romp. The only noted downside of this DLC is the new challenge stages have boss enemies that feel a bit too much like health sponges with many fights lasting a too long for the fast-paced action. Once it’s over it feels more like a relief than a satisfaction and usually requires more grinding to get all the items needing to completely unlock everything. Fortunately Musou titles are all about the grind and this continues that even with the challenges in front of it, and the rewards are well worth it in the meantime.